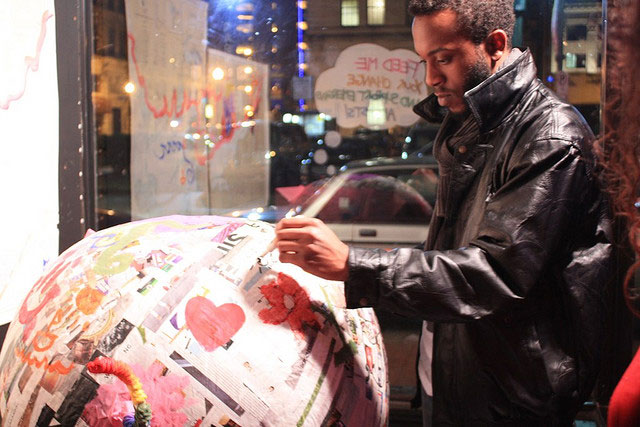 Vibrant child-like paintings of colorful crayon meadows and wax mountains cover the walls of Calli’s restaurant in Pittsburgh. Despite the country themes and elementary appearance, these works of art were not created by some rural rascal. These are the doing of a 26-year-old city slicker who slightly resembles a thin Mr. T – without the jewelry obsession and affinity for punching people’s lights out.

Darrell Kinsel, sporting a thick beard and often found rocking a mohawk, is not a conventional painter by any means. He is a self-taught artist who grew up in the Hill District, an inner city neighborhood rich in African American culture that fell into hard-times in the 1960s. As a youth, Kinsel found a way to look beyond the immediate issues of his surroundings and focus on the historical influences from the Hill such as playwright August Wilson and photographer Teenie Harris.

“Lot of history in my own neighborhood related to the arts,” Kinsel says. “As I was growing up, the cultural district downtown was also growing up.”

Kinsel, who works at a community-based non-profit, draws influence not only from his neighborhood, but from the tykes that he works with everyday through art outreach programs. It would seem that working with children correlates directly with the media that he uses to create his own artwork.

“I had access to lots and lots of crayons,” Kinsel says, laughing warmly. “People look at it as a very simple tool that’s for kids, but I think it’s very versatile.” 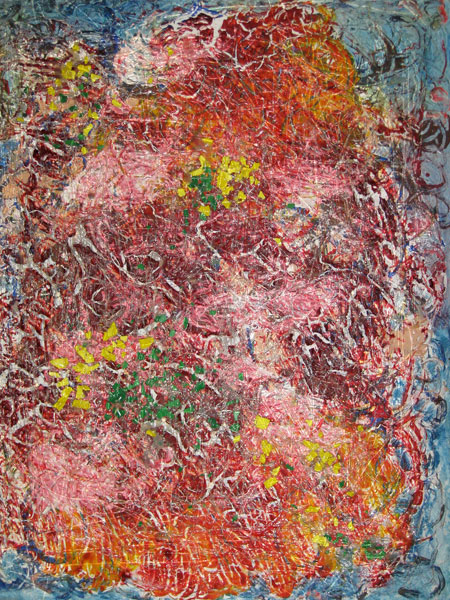 Kinsel uses crayons and wax to create depth on canvas and glass because he enjoys the textural element. He rubs, melts and works them into his artwork to create bright, expressive images. Candle wax is also fused throughout his work – forming miniature hills and ravines that rise and fall. He says that texture always catches his eye when he looks at other artists’ work.

“I like to get up close to an art piece almost so my nose is touching it,” Kinsel says. “I like to smell it. I like to see how many layers. I like to look at it from the side.”

His method of interacting with artwork may seem a touch strange to some, but it has provided Kinsel with a fresh way of looking at the world around him. His work is bright and colorful – often with abstract versions of landscapes splashed across the canvas.

“I grew up in the inner city – I know what the fire escape and the old abandoned brick home look like,” he says. “I’m creating in an urban area – so I like to create things that you might not find [here].”

Looking for other city dwellers that shared his passion, Kinsel joined ArtDimensions (ArtD), a group that originated in St. Louis, which gives support to arts both inspirationally and fiscally. He says that ArtD provides an environment that allows artists to communicate, not in competition, but in communion. Their members work with local businesses to give artists a marketplace to sell their work outside of a traditional gallery setting.

ArtD’s Web site also provides their members with an online presence to show and sell their work. They currently have sixteen local artists among their ranks that meet bi-monthly and are looking to grow. Kinsel encourages newcomers to check ArtD out and says that there isn’t a formal review panel or any hoity-toity membership application.

“When you start getting there – that’s when the shit starts getting fake,” Kinsel says. “Even if you can’t pay [the dues] we’re not going to prevent you from coming to the meetings.”
His DIY ethos is admirable and does not feel forced. Spend a little time talking with this young man and you’ll realize that he is serious about his personal relationship with the arts. He creates for himself and no one else.

“I don’t make shit to please people,” he says. “I hope you like it. I hope you get a reaction out of it. Maybe you don’t like it and you still have an interaction with the art.”

Kinsel says his greatest passion resides within his installations. His first installation, “Recreating Havoc,” was created in a blighted home in Wilkinsburg as a collaborative effort between himself and several Carnegie Mellon University art students. The piece is in essence a dramatize crime scene – complete with police tape, scattered papers and the iconic chalk outline that has adorned the ground for many a fallen soul.

“I’m from the inner city. I’m a young black man. I see the violence that goes on. I’ve experienced the violence. I wanted to recreate a crime scene in an extremely dramatic way to reflect upon that. Not to say that it just affects black culture, but just young culture in general. People are getting hit every single day. I’ve lost a friend. I know friends that I have lost friends. I’ve lost family just to simple bullshit and it’s easy for people to just breeze by and look right over it. And it’s difficult if you have it right in your face – right there.”

Kinsel’s anti-violence message found its way into the downtown art scene as well. The piece was recreated at the Future Tenant gallery last summer during the Pittsburgh Cultural Trust’s gallery crawl. He also created a bathroom installation at the gallery that featured twenty different toilet paper fixtures and rolls, which were mounted all over the walls and ceiling as a nod the excessive nature of American consumerism.

The messages behind Kinsel’s installations are a far cry from his crayon and waxes pieces – there are no happy flowers or hearts in his larger pieces. He is constantly on a mission to present his ideas about society and the environment in an interesting way.

Aside from “Recreating Havoc,” Kinsel has also created an interactive cocoon-like installation about the newspaper industry called “No News is Good News” and a series of politically charged screen prints called “Dirty Issues, Clean Laundry.” The later piece was installed on a functional laundry line and featured usable screens, which were set up at Artist Image Resource (AIR), a non-profit organization that invites the community to get their hands dirty while learning the printing process. Kinsel says that one patron was so enthusiastic that he screen printed all over his long underwear so that he could take the images back to Toronto with him.

Kinsel says that the methods used by artistic influences such as Andy Warhol and Jean-Michel Basquiat helped inspire his venture into poppy political prints, but he admits that big name artists are not his most powerful muses.

“My number one influences are the kids I work with – they teach me and inspire me and suggest so many things help me in my creative vision,” Kinsel says, speaking both his involvement in the arts and the community. “I’m the cooler version of Mary Poppins.” 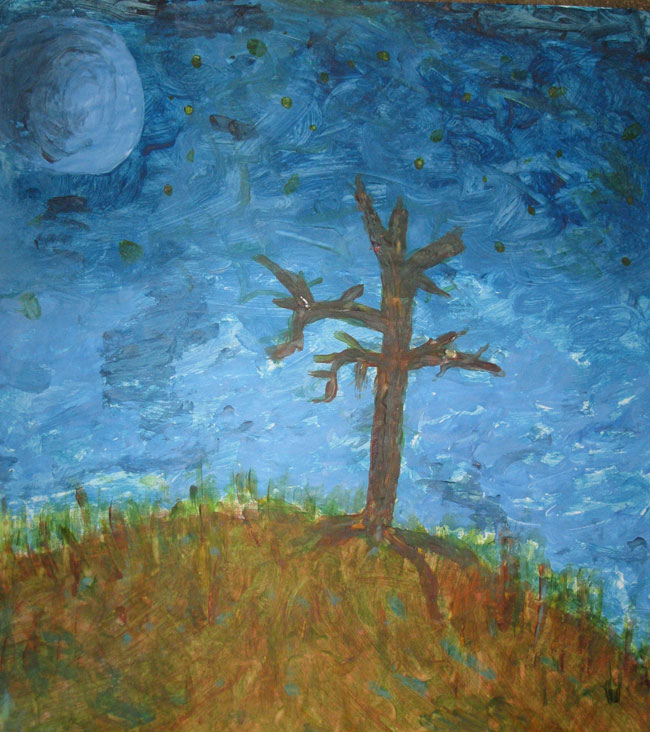 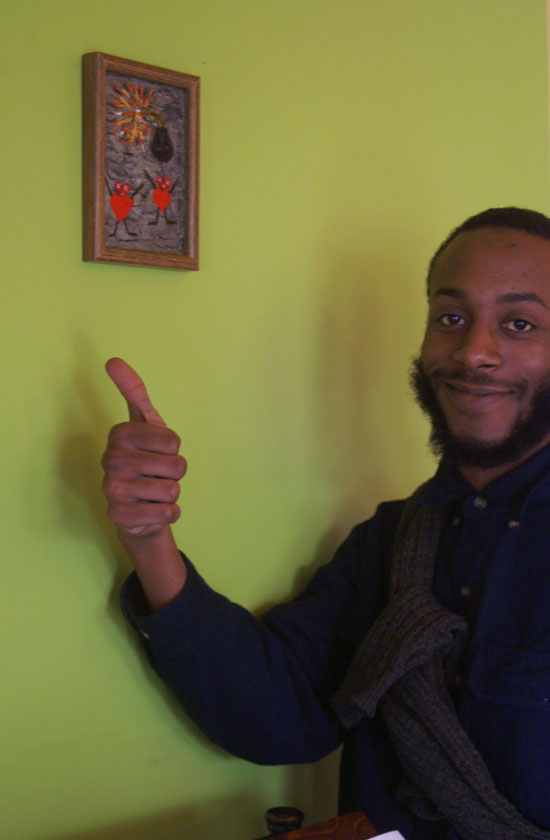 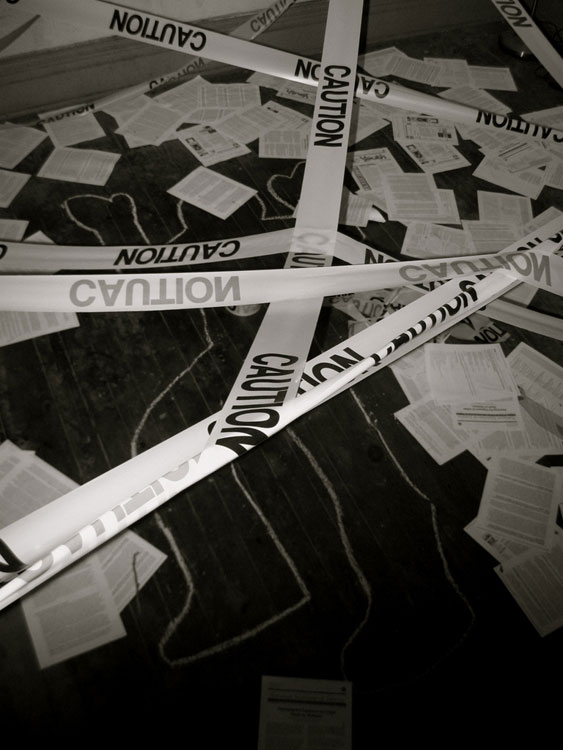 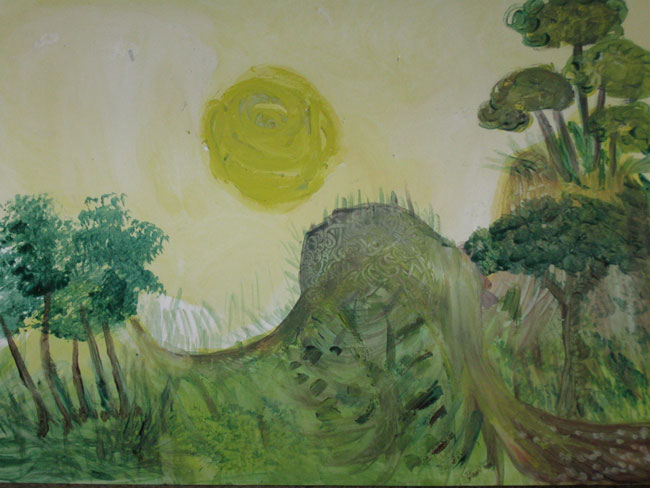 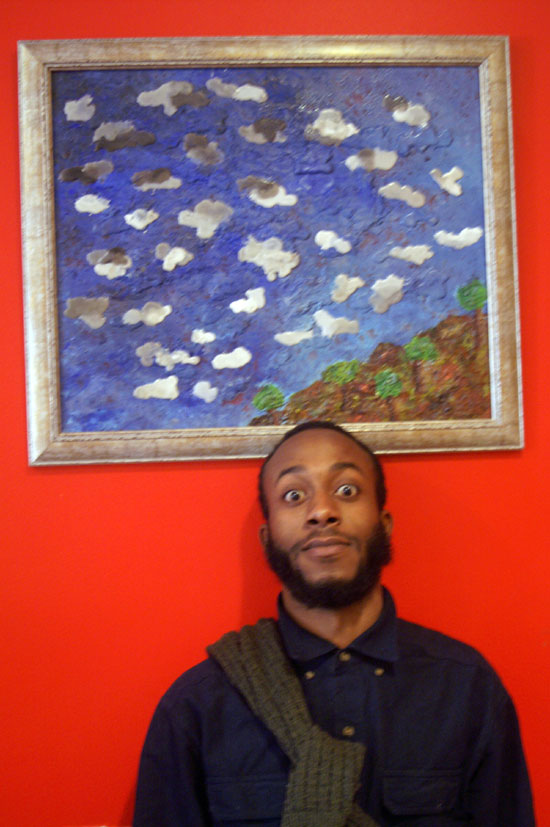