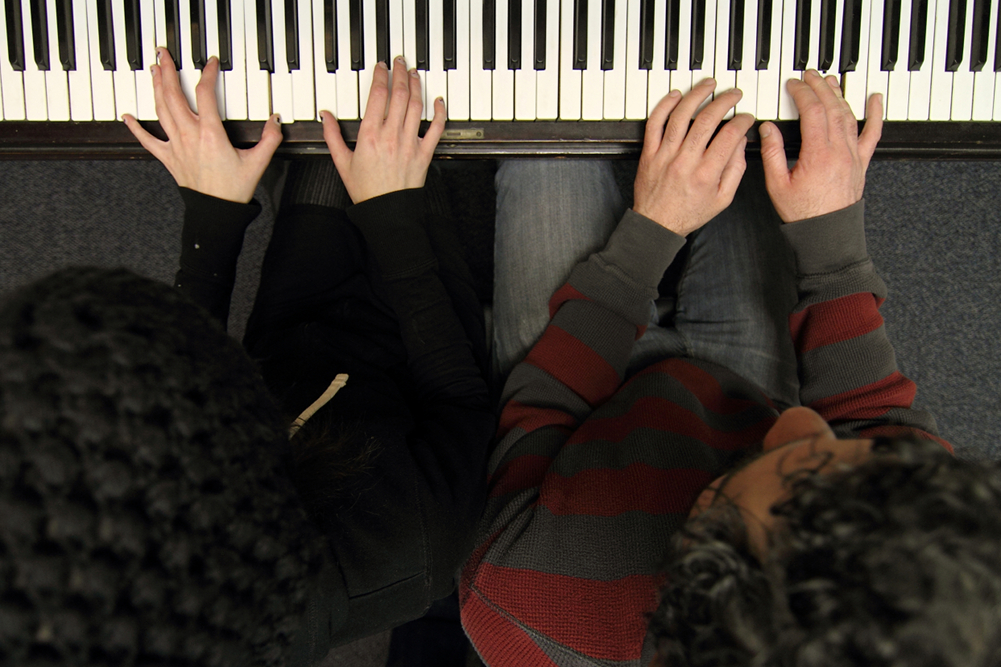 Blow The Scene Local Spotlight Interviews Here you will find local bands and artists from around the globe that have either contacted us or we have hand picked to feature. The idea behind Local Spotlight is simple; a focus on true independent, underground musicians, and artists that you probably wouldn’t hear of otherwise if you’re not living in their neighborhood, but may be making the leap to the next level very soon. Get the jump here.

McCartney & Lennon. Simon & Garfunkel. Hall & Oates. Sonny and Cher (okay, this one’s a stretch). There have been many duos throughout the history of music that just make the perfect pair, and most recently, the young couple/duo based currently in Pittsburgh, PA has been making plenty of waves both locally and nationally with their music.

I was lucky to catch up with these guys a few days after seeing them perform at a Fanconi Anemia benefit here in Pittsburgh. Guy Russo (Pittsburgh) and Morgan Erina (originally NY, now Pittsburgh as well) have been making a name for themselves as the folk duo Broken Fences. Comparisons have been made to the aforementioned Simon & Garfunkel, Iron & Wine, and Red House Painters. However, Guy and Morgan possess a wonderful song craftsmanship paired with gorgeous vocal harmonies that work together gorgeously, and thus have been getting a lot of attention from the general populace as of late. They are about to release their first official record on June 1st, and the buzz is profound.

Guy and Morgan began as if living under the same roof; both originally had older sisters who were the serious about playing piano, and in parallel, started composing at a young age on piano. Their self-proclaimed “lack of discipline” came into focus as they grew older and expanded themselves to other instruments and took their crafts more seriously. Both got into guitar as pre-teens and started composing around high school on guitar and piano and have never looked back since.

Adam Rauf: So what brought you guys together?

Guy Russo: It’s kind of funny; where our band name comes from, Broken Fences, is just the contradictions between us. We come from completely different backgrounds, but we have all of these commonalities. We like entirely different kinds of music and yet we have these crossover things between us. This is our personalities as well.

Adam Rauf: Oh so like Legend of Zelda: Link to the Past on SNES, huh?

Guy Russo: Yeah, something like that. There’s aspects of light and aspects of dark in both of us.

Adam Rauf: When did you guys start officially writing your own compositions?

Morgan Erina: I started writing stuff on piano when I was younger.

Guy Russo: I did when I started playing guitar. It changed how I played piano. Music was this scratch that I had to itch, so I just tried to play as much as possible. I had taken violin lessons in first grade, and now suddenly, I wanted to take it up again. And singing too. This band kicks this into high gear, as it brings out the passion in my music. I play a little bit of french horn and bass guitar too.

Guy Russo: Yeah, you didn’t know about that?

Guy Russo: Yeah I even played a little recorder too (smiles). 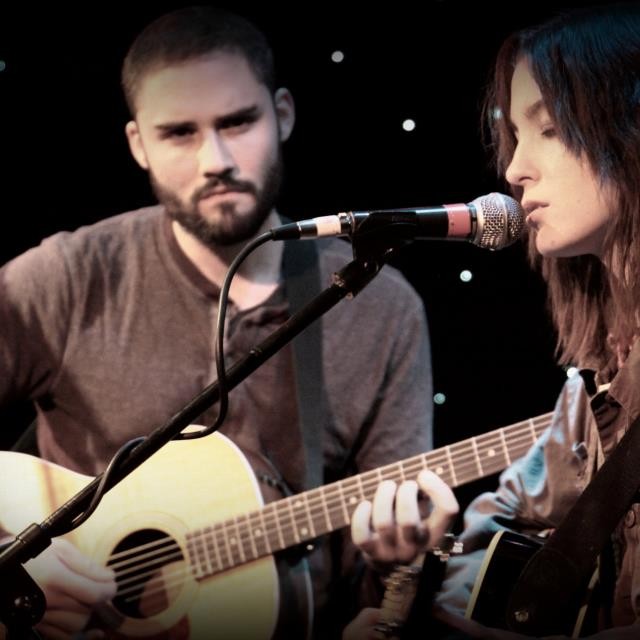 Morgan Erina: I played in some fleeting bands in high school, but didn’t have anything serious. My dad had convinced me to check out open mics and stuff, so I did that for a while when I was in New York. I even had an electronic band at one point, but nothing stuck.

Guy Russo: When I was in 7th grade, right when I started playing guitar, there were some kids who were older than me, and I picked up guitar really fast. I broke my leg right when I started learning how to play. I was jamming to BB King & Eric Clapton’s Riding with the King every day, and really learned how to play lead. It was so cool being accepted by older cool kids, and they wanted to play metal, so I learned to get into that and considered myself a metal head. I was listening to Metallica, Pantera…

Adam Rauf: So that dark side was coming out, eh?

Morgan Erina: Hey, I was into Marilyn Manson! And Nirvana.

Guy Russo: I was into Metallica but secretly listening to like, James Taylor. But that band wasn’t serious.

Morgan Erina: I did some touring with this one guy who was my boyfriend at the time; we did some east coast tours, some west coast tours…he introduced me to Pittsburgh. I was touring as a solo act.

Guy Russo: But Morgan and I met because of another local musician, Nathan Zoob. He and I met at a talent show at Carnegie Mellon University at freshman orientation, and became fast friends. We both were into The Who and The Beatles, and we respected each other as musicians. Nathan and I played music throughout college with each other, but we never had that “band chemistry.” However, he had befriended Morgan from open mics on Monday nights at Club Café in the South Side. All the best artists we know of end up playing there.

He invited Morgan to the event, and we ended up going out for drinks afterward. She and I really hit it off conversationally and it just went from there. It was in November of 2010 or so?

Adam Rauf: Have you guys ever considered adding anyone to the group since it’s just the two of you, or do you not want to spoil the band chemistry?

Morgan Erina: We played with the idea of getting a drummer, but the record has drums and bass and other things. We just find it more convenient that it’s just the two of us working on stuff.

Guy Russo: We like the floor percussion and live looping stuff; we saw a band called White Horse that did it, and I think we’d rather incorporate that kind of thing than try to gel with another personality when we have something really good going.

Morgan Erina: Yeah, the interests too. What if there’s something they want to do that’s not what we want to do, etc. We don’t mind the hired guns thing though for shows here and there.

Guy Russo: Yeah we’ll have that at our record release; about 1/3 of our songs will have that stuff on it live at the release show on June 1st. 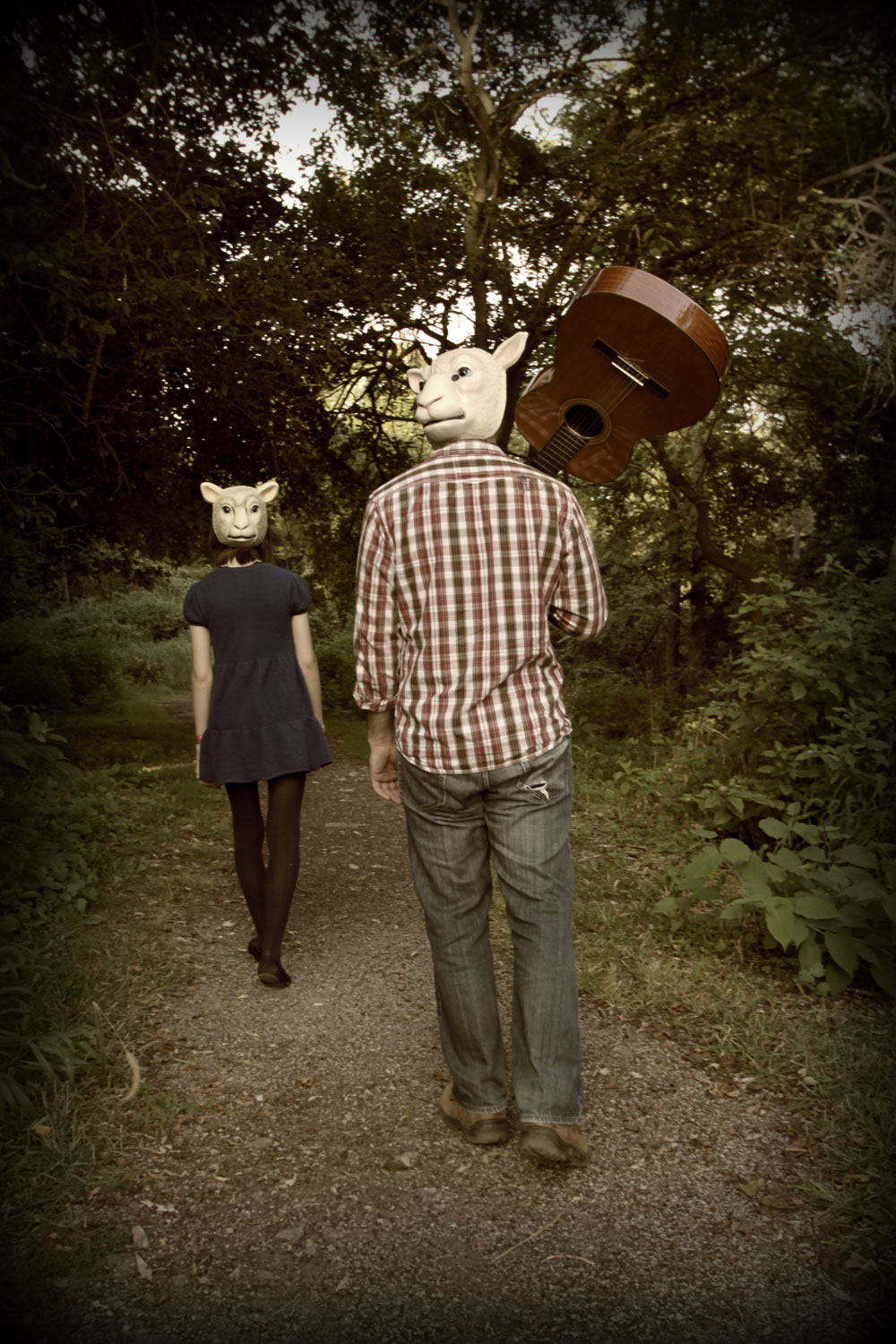 Adam Rauf: Speaking of the record release, tell me about the recording process. When did you guys start recording, what was it like, etc?

Guy Russo: We started around August of 2011. Our engineer is David Hidek; he’s been working great with us and is so easy to work with. He’s like the third Broken Fence member.

Guy Russo: Exactly! He gets us exactly what we want. We go like “Can we make this guitar sound like Ray LaMontagne?” And he just does it. It’s great.

Morgan Erina: We have some cello, viola…a string quartet on about half the songs. Every song has something on it for the album.

Guy Russo: For the most part, guitars, vocals, and a good bit of piano. The album has a pretty wide range of sonic variance on it.

Adam Rauf: What about touring? Any plans?

Guy Russo: We have the album release of course, but we’d like to do a short tour afterwards. We’ll be posting dates up on our website.

Morgan Erina: We’d like to tour with another band, so that it’s easier to get things rolling and get some bills together easier in other cities, but we’ll probably just go ourselves on this one.

Adam Rauf: Okay, so I want to ask, how did you guys get your music featured on the TV show Flashpoint on Ion Television?

Guy Russo: It’s on CTV in Canada, but Ion Television here in the US.

Morgan Erina: We know this other great Pittsburgh musician, Brad Yoder. He really liked our single “Wait” and really latched on and sent it to this PR group. The woman there, Beth, was really into it as well and shopped it for us.

Guy Russo: We didn’t pay her to shop it, but she did get a cut afterwards. But it was no risk involved on our part which was nice, because she really enjoyed the track and sent it around on our behalf.

We recorded it in a church, which was pretty great. It was the Calvary Episcopal Church in Shadyside. Tim Mulhern of These Lions did the recording. He’s very talented and it was awesome to work with him. We recorded it in one day, and that was our first “studio” experience. 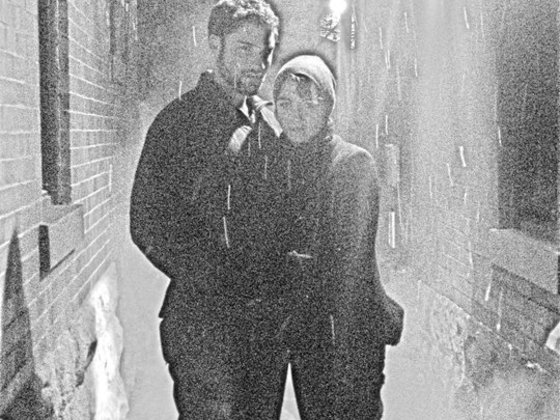 Adam Rauf: Through jobs or school, will there be any issues with touring?

Morgan Erina: I’ve been through a lot of jobs, but I think it’s easy enough for me to tour with my current schedule.

Guy Russo: I’m lucky; I do professional classical singing at churches and synagogues, but tuning pianos is the way I really pay the bills. I only have to tune a few pianos a week and I’m set. It only takes about 2 hours to do it, and that means I get to focus a lot of time on the band, which is great.

You should tune your pianos once every six months or at least every year. I have a lot of schools and churches who regularly like to get their pianos tuned, so that keeps things steady. I follow-up with people when I’m on top of it, but the band’s been taking a higher priority right now.

We’d like to do little weekend trips all the time when we can, we want to go on a six-week long tour and just drop everything and do it.

Morgan Erina: I’ll probably have to quit my job, but I’ll find another one, and it’ll be fun to be on tour.

Guy Russo: I’d like to get the licensing thing going for the band so that we can just focus on music all the time. It’s hard when you have to work a day job and several jobs just to make things happen. We want to have the time to dedicate to the music full-time.

Adam Rauf: Are your plans to stay independent? Or would a record deal entice you?

Morgan Erina: We’re not saying the door’s closed, but record deals mess with you a lot; they take away your freedom.

Guy Russo: I’m pretty naïve about that part of the business. But what I’ve learned over the years is DIY. We’re going to do a pay-what-you-want model for this release. We want as many people as possible to hear it, whether we get paid or not. Hopefully we do get paid a little!

Music isn’t so much the commodity anymore. It’s the gift that we want to give; if you really like it, buy a t-shirt! Buy a poster, buy it on vinyl if we release something that way. But the music is the gift, and we want you to have it any way we can get it to you.

Adam Rauf: Thanks guys, I really appreciate you taking the time to meet with me.

Guy Russo: No problem, thank you! 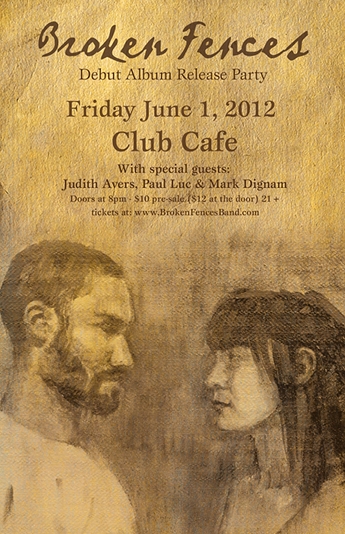