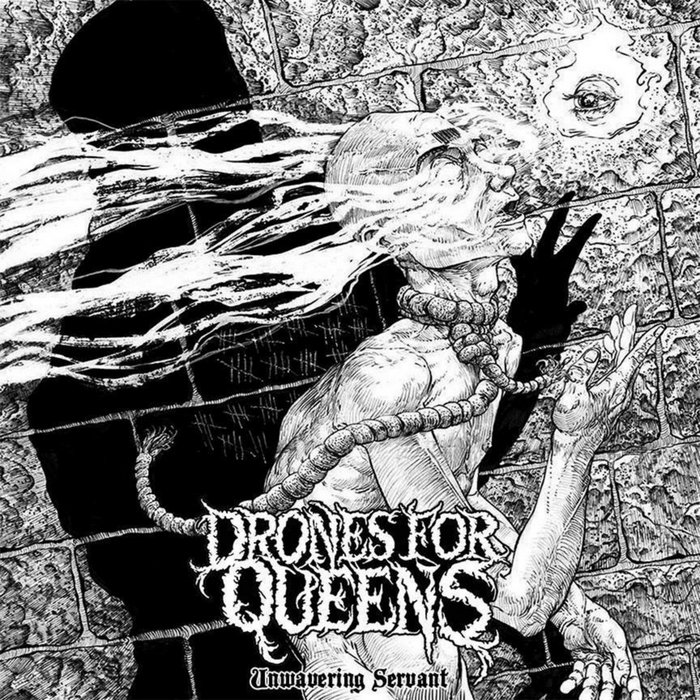 Enjoy a fresh music video debut of new song “Purgatory Marathon” from one of our favorite Philadelphia-area bands, Drones For Queens, as the trio gear up for a Fall release of their first full-length record. The forthcoming effort, Unwavering Servant is ten tracks that tread swiftly through realms of Death n’ Roll, speed metal, and punk, while incorporating plenty of well-crafted melody throughout.

The lyrics hone in on a range of personal topics, depicting the distress behind the current state of World affairs, the perceived ‘guaranteed demise’ looming over mankind, and the witnessing of withering opportunities for those trying to maintain a living in uncertain times. Unwavering Servant is a lean culmination of the band’s evolution since founding in 2011.

Andrew Geller of Woodshop Films joined the band at Permanent Hearing Damage studios with engineer Steve Roche to film the live tracking sessions during the summer of 2016. The resulting video for song “Purgatory Marathon” offers a glimpse as the band recorded live, and gives a preview of the forthcoming album.

DFQ has described this track as “a crushing power ballad with bursts of black metal intensity and discomfort.”

Drones for Queens have previously self-released two EPs, 2011’s “Health” and 2015’s “Practically Weapons”, and a split with Philly grinders Occult45. The band has toured the East Coast as well as select dates in Canada and will be releasing “Unwavering Servant” in support of Darkest Hour this Halloween at Kung Fu Necktie in Philadelphia,PA before an official street date of 11/1/16.