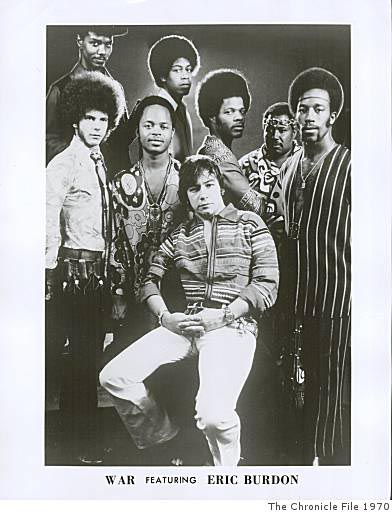 In this installment of Old Soul, I want to extend the socially conscious vibe from No. 5 featuring The Voices of East Harlem with some great live performances from a very tight, multi-ethnic, California-based group who fused funk, rock, jazz, Latin American music, R&B, soul, and reggae to create a gritty, dancy, laid-back sound for carrying their messages of unity and harmony: War. 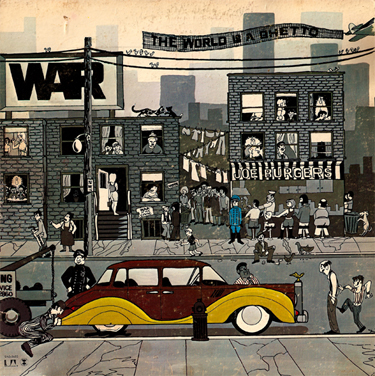 With singles like the foreboding and downright funky “Slippin’ into Darkness,” War had no problem gaining recognition on their own. They had even more widespread success with their 1972 album The World is a Ghetto, which calls attention to social elements and ills amidst a musical wash of tight, uplifting grooves, and catchy vocal melodies, and includes the classic and quintessential War song, “Cisco Kid.” War’s 1973 album Deliver The Word (which included the hit “Gypsy Man”) and they’re 1975 album Why Can’t We Be Friends? (which included the well-known song of the same name and the iconic jam “Low Rider”) were equally as funky, eclectic, and socially in tune as War’s previous recordings.

So with their early background info out of the way, it is my pleasure to share with you the excellent sights and sounds of War. Enjoy.

This first video is War performing “Slippin’ Into Darkness,” from of the album All Day Music, on Soul Train in 1972.

This next video is War performing “Cisco Kid” live in 1973 on Midnight Special.

Last, but not least, a 1974 live performance of “Me and Baby Brother” from the album Deliver The Word.

I hope you dug the smooth and funky sounds of War live.
Be sure to stop back next time for more Old Soul.
Peace-
Deb