In this installment of Old Soul, I would like to focus on a classic soul group who toured and recorded for years, and who had numerous line-up changes and label switches, before they reached chart-topping success. Just like the flashy spinning hubcaps that this group was named after, their records are still spinning, and still moving, long after the original soul ride has ceased. This group is none other than The Spinners. 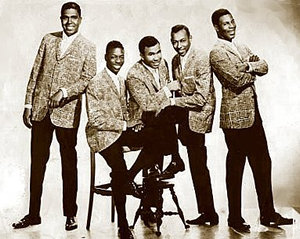 In 1954, before The Spinners were The Spinners, they were a group of high school friends living just outside of Detroit who sang together and called themselves The Domingoes. The Domingoes were comprised of Billy Henderson, Henry Fambrough, Pervis Jackson, C. P. Spencer, and James Edwards. James Edwards only lasted a few weeks and was replaced by Bobbie Smith who sang lead on many of The Spinners early records, and not long after, C. P. Spencer left and was replaced by George Dixon. In 1961, the group changed their name to that of the attention-grabbing hubcaps, The Spinners.

The Spinners first hit relatively low on the charts on Harvey Fuqua’s independent Tri Phi Records in 1961 with the tracks “That’s What Girls are Made For” and “Love (I’m so Glad) I Found You.” While it is known that Fuqua laid down vocals on these songs, Fuqua’s membership in The Spinners is debated among different sources. At least, he did consider himself a Spinner during their stay at Tri Phi, and he did make significant contributions to the group, but most sources do not consider Fuqua an official member.

Harvey Fuqua also happened to be Berry Gordy’s brother-in-law, as he was married to Berry Gordy’s sister, Gwen Gordy. Berry Gordy bought out Tri Phi and all of its artists in 1963, and Fuqua would become a producer and head of Artist Development at Motown Records. James Edwards’ brother, Edgar “Chico” Edwards, replaced George Dixon, and The Spinners made the switch to the Motown label. 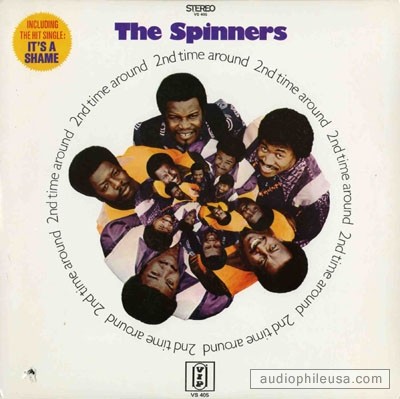 The Spinners debuted successfully at The Apollo Theater in 1964 and made a slight dent in the charts with the 1965 single “I’ll Always Love You.” But despite releasing a single every year from 1966 to 1969, The Spinners did not achieve wide-spread success in the 1960s. G.C Cameron replaced Edgar “Chico” Edwards in 1967, and in 1969 The Spinners switched labels again to the Motown-owned V.I.P. label.

The 70s would prove to be the decade where The Spinners fortitude throughout the years would finally pay off. Their 1970 album Second Time Around would hit No. 14 on the charts with my favorite Spinners track, “It’s a Shame” which was actually produced by Stevie Wonder and co-written by Wonder’s then-wife, Syreeta Wright. They would have more chart success in 1971 with another song Wonder wrote and produced called “We’ll Have It Made.” 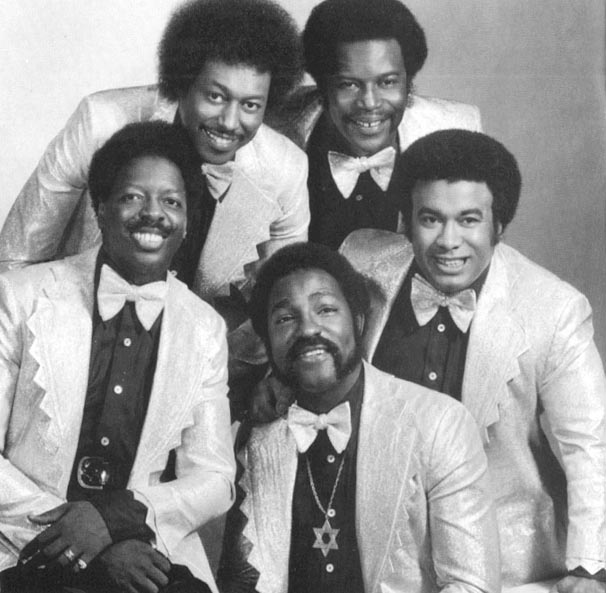 Those two songs would be the last 2 singles The Spinners would release on the V.I.P. label. The Spinners moved to Atlantic Records in 1972, and Cameron decided to leave the group the same year. Cameron was replaced by his cousin, Philippé Wynne, and lead vocals would then be shared between Bobbie Smith and Philippé Wynne. Under the guidance of the well-known Philly soul producer Thom Bell, The Spinners would go on to become one of the biggest soul acts of the 70s. Their 1972 album, Spinners, had great chart success and included the classic singles “Could It Be I’m Falling In Love,” “One of a Kind (Love Affair),” and “How Could I Let You Get Away.” The track “I’ll Be Around” also appeared on that album and was The Spinners’ first top 10 hit.

The Spinners 1974 album Mighty Love contained the hits “I’m Coming Home” and “Love Don’t Love Nobody,” but it would prove to be the collaboration with Dione Warwick, “Then Came You,” that would hit No. 1 on the Billboard Hot 100. The Spinners hit the Top 10 (again) with the tracks “They Just Can’t Stop It the (Games People Play)” from the 1975 album Pick of the Litter, and the 1976 track “The Rubberband Man.” While Barbara Ingram was featured as guest vocalist on “They Just Can’t Stop It the (Games People Play),” producer Thom Bell was quoted in an interview as claiming that Barbara’s line was actually Henry Fambrough’s voice sped up.

Philippe Wynne left the group in 1977 and was replaced by John Edwards. The group had minor hits from 1977-1979, but would not reach the level of their prior success and parted ways with Bell in 1979. The Spinners did achieve some big hits in the 1980s, and hit the Hot 100 in 1983 with a remake of Willie Nelson‘s “Funny How Time Slips Away.” The song “Right or Wrong” off of their album Cross Fire would be their last R&B hit in 1984.

Surviving members of The Spinners still tour today playing the soul hits that made them famous, but it is the live performances of The Spinners in their heyday in the early to mid 1970s that I will be featuring below. As you’ll see: their vocal harmonies were just right, their moves were air-tight, and their looks were out-of-sight! Enjoy!

The first video is a 1973 live performance of one of my favorite tracks of all time,”It’s a Shame,” with Wynne on lead vocals.

This next video is The Spinners‘ 1973 live performance of “Could It Be I’m Falling In Love” with Bobbie Smith on lead vocals.

The following is The Spinners‘ live performance of “The Rubberband Man” on Midnight Special. Their moves in this video are quite incredible.

This next clip is a live performance of “One of a Kind Love Affair” in Zaire, 1974.

Last, but definitely not least, is The Spinners performing the excellent and classic soul song “I’ll Be Around” in 1973.

I hope you enjoyed the soulful sights and sounds of The Spinners live.
Be sure to stop back next time for more Old Soul.
Peace-
Deb