Since I have now reached the 10th installment of Old Soul, I am featuring an artist that truly embodies the essence of what this column is all about. He is a true musician, not only in the sense that he is skilled at his primary instrument, the piano, but he sees, hears, composes and executes his music in his own unique way. He has blended genres in ways that have had an important influence on the development and direction of multiple musical genres, including both acoustic and electric jazz, classical music, funk, R&B, soul, and hip-hop. He hasn’t gained success by following a corporately ordained formula like many artists of today; he has invented his own, breaking convention and pushing music to new heights along the way. He has been performing, writing, composing, and playing piano for over five decades, and is still creating relevant music today. He has played on over 50 recordings and has collaborated, influenced, and been influenced by many legendary artists, such as Miles Davis. Instead of confining himself to one genre or sound he has embraced innovations in musical equipment and showed other artists the lengths to which the new equipment and sound could be taken. He is none other than Herbie Hancock. 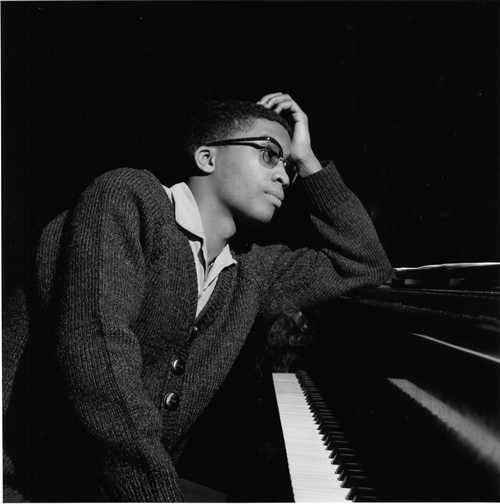 Herbie Hancock was born in Chicago, Illinois on April 12, 1940. He began playing piano when he was seven years old and studied classical music throughout his childhood. He was a child prodigy on the piano and played with the Chicago Symphony Orchestra when he was only 11 years old. He took an interest in jazz as a teenager and at the age of 16 he enrolled at Grinnell College where he double majored in electrical engineering and music. Herbie Hancock graduated from Grinnell in 1960 and moved back to Chicago where he played with trumpeter Donald Byrd and saxaphonist Coleman Hawkins. Byrd asked Herbie Hancock to join the Donald Byrd ensemble and also introduced him to Alfred Lion, the co-founder of Blue Note Records. In 1962, after session work with Oliver Nelson and Phil Woods, Herbie Hancock released his debut album on Blue Note Records entitled Takin’ Off which featured Hancock’s jazz hit “Watermelon Man,” which has since become a jazz standard.

In 1963, Miles Davis invited Herbie Hancock to join the Miles Davis Quintet, and during the five years that Herbie Hancock played with Davis, he appeared on many classic recordings such as ESP, Nefertiti, and later played on Davis’ groundbreaking jazz fusion albums In a Silent Way and Bitches Brew. Herbie Hancock also did many recordings for Blue Note during this time, both under his own name and session work for other musicians. Herbie Hancock’s solo career began to take off with classic releases such as the 1964 album Empyrean Isles and the 1965 album Maiden Voyage. The title track from Maiden Voyage has since become a jazz standard, and you may recognize the song “Cantaloupe Island” off of the album Empyrean Isles most from the sample used in the hit rap song “Cantaloop” by US3. Herbie Hancock released other excellent solo albums in the 60s such as My Point of View released in 1963, Inventions and Dimensions released in 1964, and Speak Like A Child released in 1968. Herbie Hancock also composed the score to the Michelangelo Antonioni’s film Blow Up in 1966, the first of many scores he composed and recorded for film and television. 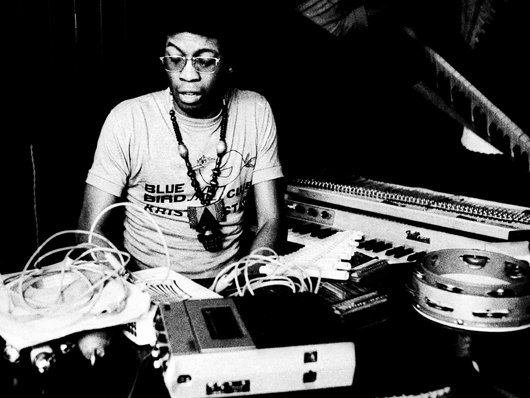 In 1969, Herbie Hancock left Blue Note and signed to Warner Bros. Records. That same year, he composed the soundtrack for the animated TV series written and produced by Bill Cosby, Fat Albert and The Cosby Kids, and the songs appeared on Hancock’s first Warner Bros. release entitled Fat Albert Rotunda which was Hancock’s first full-fledged exploration of jazz funk. After this release, Hancock began to experiment heavily with electronic instruments and was one of the first jazz pianists to fully embrace synthesizers. Herbie Hancock had 3 experimental albums from 1971 to 1973 which incorporated electronic effect devices: the 1971 album Mwandishi, the 1972 album Crossings and the 1973 album Sextant. The group of musicians who played on these albums included Dr. Patrick Gleeson on synthesizer for the Crossings and Sextant albums. Patrick Gleeson was one of the first jazz musicians to ever play a synthesizer on a jazz recording. 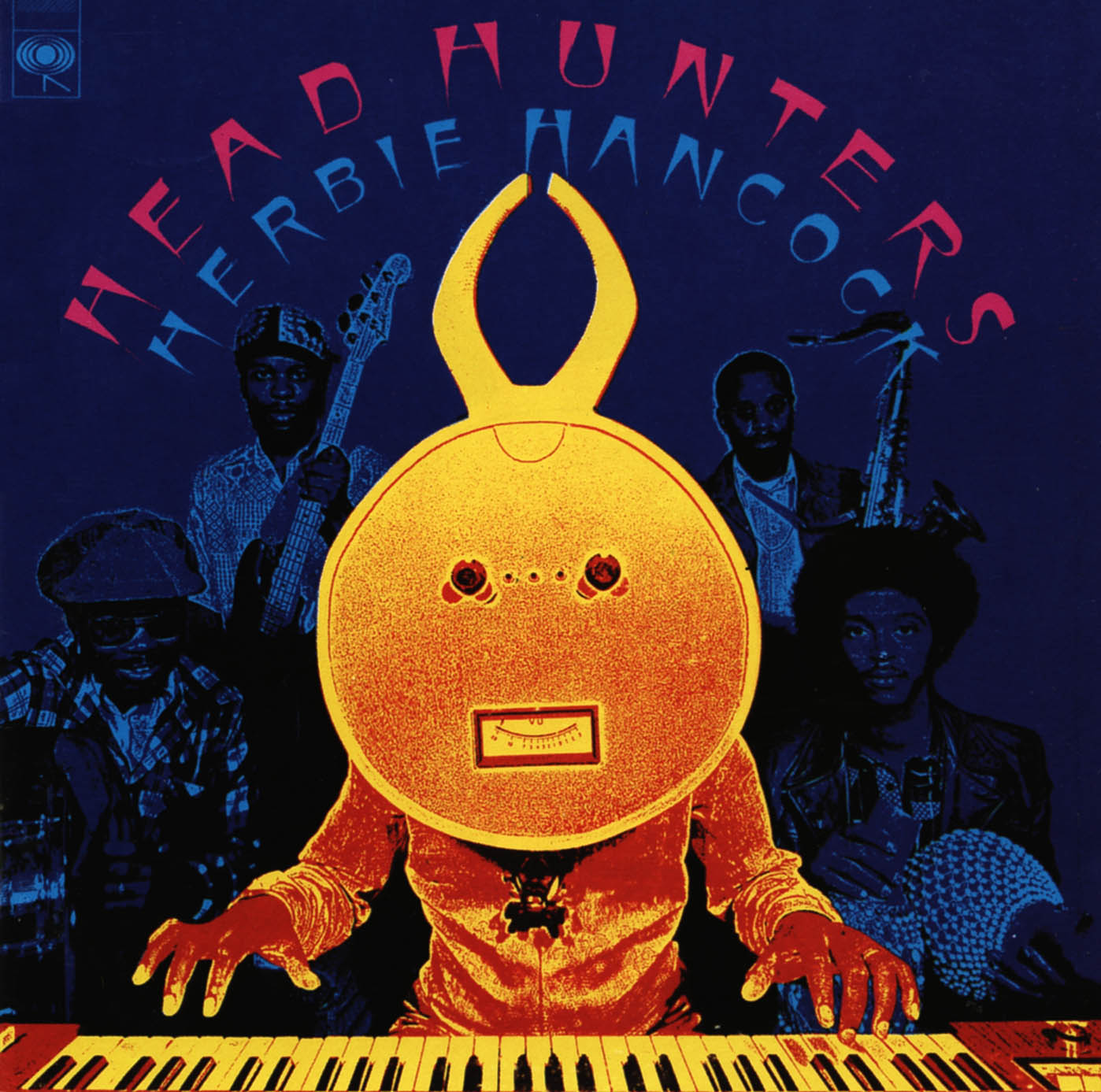 After receiving mixed reviews from these experimental and improvisational recordings, Herbie Hancock moved onto a more funk and soul infused sound and put together a new band called The Headhunters. The album Head Hunters was released in 1973, contains the well-known song “Watermelon Man,” the hit song “Chameleon,” and was also the first jazz album to hit platinum. This album would also prove to be highly influential on not only jazz and funk, but soul, R&B and hip-hop. Herbie Hancock ended up having a total of 11 albums on the pop charts during the 1970s. Herbie Hancock and the Headhunters released their second album Thrust in 1974, and in 1975 released the album Flood which was a live recording of a concert in Japan where they performed compositions from the first two Headhunters recordings. Hancock also released other jazz-funk albums in the 1970s that included members of the Headhunters among other musicians such as his 1975 album Man-Child and the 1976 album Secrets. 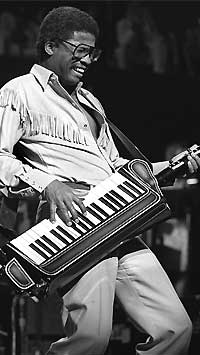 Herbie Hancock also continued to explore acoustic jazz, and in the late 1970s, Herbie Hancock reunited with all members of the Miles Davis Quintet except for Miles Davis and formed the group VSOP, with the great Freddie Hubbard on trumpet. VSOP recordings from the late 1970s include their 1976 self-titled album, and the 1977 albums VSOP: The Quintet and VSOP: Tempest in the Colosseum. In 1978, Herbie Hancock recorded a duet album with the pianist Chick Corea who had replaced Hancock in Miles Davis‘ band. Herbie Hancock also began to sing through a vocoder on recordings in the late 1970s, the first being the 1978 album Sunlight which included the British Hit song with Hancock singing through a vocoder called “I Thought It Was You.”

In 1980, Herbie Hancock produced the debut album of the trumpeter Winton Marsalis and toured with him internationally following his album release. In 1983, Herbie Hancock collaborated with producer and bassist Bill Laswell, and released the album Future Shock. The single from the Future Shock album entitled “Rockit” became a mainstream hit and was one of the first, if not the first, mainstream single to feature vinyl scratching. The video for “Rockit” was an animated video, included drawings by the artist Jim Whiting and was a hit in itself winning 5 MTV Music Video Awards. Hancock collaborated with Bill Laswell on two more recordings in the 80s, the 1984 album Sound System and the 1988 album Perfect Machine, which both contained more heavy experimentation with electronic music.

Herbie Hancock continued to have great success throughout the rest of the 80s, 90s and 2000s composing and writing scores for films, recording a tribute to Miles Davis, collaborating with scores of artists, and much, much more. However, since this column is all about “Old Soul,” the live performances I will be featuring below are snap shots of some of the many phases of Herbie Hancock’s musical career ranging from the mid 60s to the early 80s. So strap in, kick back, and enjoy watching a master at work.

This first video is a live 1963 performance of a young Herbie Hancock with the Miles Davis Quintet in Stockholm.

This next clip is Freddie Hubbard, Joe Henderson, Herbie Hancock, Ron Carter, and Tony Williams performing “Cantaloupe Island” from the 1964 album Empyrean Isles. This is a clip from the “One Night With Blue Note” DVD, which was an all-star reunion of jazz legends who were associated with Blue Note Records in New York’s Town Hall in 1985.

This is a live performance from Herbie Hancock, along with Ron Carter, Joe Henderson, Freddie Hubbard and Tony Williams, of the title track from the 1965 album Maiden Voyage at the Mt. Fuji Jazz Fest in August of 1986.

This next video is Herbie Hancock and the Mwandishi band performing live in 1971 in Molde, Norway.

This next video is Herbie Hancock and the Headhunters performing the classic jazz funk track “Chameleon” from the Head Hunters album live in Chicago in 1974.

This last video is Herbie Hancock and The Rockit band in the early 80s performing the track “Stars In Your Eyes” from the 1980 album Monster.

I hope you enjoyed the live sights and sounds of Herbie Hancock performing with other stellar musicians.
Be sure to stop back next time for more Old Soul.
Peace-
Deb