In this installment of Old Soul, I am featuring a powerhouse soul group who was a cornerstone of the Gamble & Huff/Philadelphia International reign throughout the 70s. This group was one of the tightest and most relevant soul acts of the 70s, and they had the success, the moves, and the sounds to prove it. They are none other than the fabulous O’Jays. 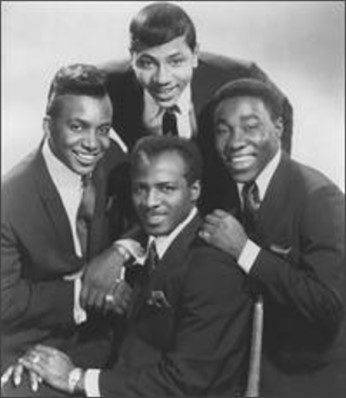 The O’Jays’ story begins in late 50s in Canton, Ohio. Founding members Eddie Levert and Walter Williams teamed up with 3 of their fellow Canton McKinley High School mates (William Powell, Bobby Massey and Bill Isles) in 1958 to become a singing R&B group called The Triumphs. They changed their name to The Mascots in 1960 and released their first single, “Miracles” in 1961 on the Cincinnati-based King label. Eddie O’Jay, a radio disc-jockey in Cleveland at the time, and part of a powerful management team, gave them airplay and took them under his wing. In 1963, the singing group changed their name to The O’Jays in tribute to Eddie O’Jay. Under their new name, The O’Jays worked with producer H.B. Barnum, recorded for Barnum’s Little Star label, and were then signed to Imperial Records. The O’Jays had their first charting single “Lonely Drifter” in 1963, and many more successful singles followed, including “Lipstick Traces” and “Stand In for Love”.

In 1965, Bill Isles left the group and was not replaced, leaving The O’Jays a quartet, and later that year, The O’Jays released their first album, Comin’ Through. In 1967, The O’Jays left the Imperial label for Bell where they recorded their first top ten single entitled “I’ll Be Sweeter Tomorrow (Then I was Today).” At this point, after almost ten years in the music game, The O’Jays were becoming discouraged with the difficulty of maintaining chart success and were considering throwing in the towel. Their fate took a turn for the better in 1968 when they met the great Philadelphia based production duo Gamble & Huff backstage at Harlem’s Apollo Theater. The O’Jays signed to Gamble & Huff‘s Neptune label and recorded 7 singles while on Neptune. The Neptune label folded in 1971, and Bobby Massey decided to leave the group, leaving The O’Jays a trio. 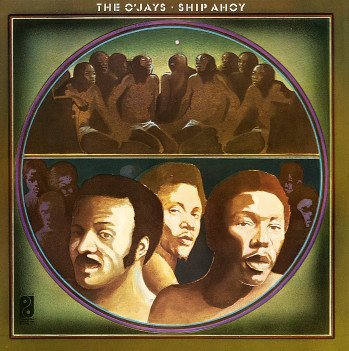 Fortunately, in 1972, Columbia Records gave Gamble & Huff their own imprint, Philadelphia International, and Gamble & Huff made The O’Jays one of their first signings. The O’Jays released their Backstabbers album in 1972 which is a quintessential example of “The Sound of Philadelphia.” The Backstabbers album was a huge success with the single “Backstabbers” reaching number 5 on the charts and the single “Love Train” reaching number 1. Working with The O’Jays, among others, Gamble & Huff really solidified “The Sound of Philadelphia”, a gospel-infused R&B sound, including thick compositions using strings, keyboards and guitar, churchy vocal harmonies, with modern and catchy lyrics, all driven by a dance pulse.

The O’Jays success with Gamble & Huff would continue throughout the 70s. In 1973, The O’Jays released their masterful follow-up LP entitled Ship Ahoy which was a sonic exploration of many social ills. The title track of the album is a suite centered around the ocean transport of African slaves, and in the same vein, the cover of Ship Ahoy depicts a slave ship. Ship Ahoy also contained the funky, number one R&B hit “For the Love of Money.” In 1974, The O’Jays released the live album The O’Jays Live in London which was actually recorded in December of 1973 at their commercial peak. The O’Jays had two more studio releases in 1975: Survival which was another chart topper with the singles “Let Me Make Love To You” and “Give the People What They Want,” and the album Family Reunion which was more geared to the emerging disco sentiment of the time with a more care-free and upbeat vibe than previous recordings, but was still very soulful and successful, and contained the top five pop hit “I Love Music.”

1975 was also the year that William Powell was diagnosed with cancer and forced him to retire from performing before he passed away on May, 26 1977 at age 35. William Powell was able to record for a time before he passed and appeared on The O’Jays‘ 1976 album Message in Our Music. Powell was replaced by Sammy Strain who had formerly sung for Little Anthony & The Imperials for 12 years. The O’Jays continued recording and released the albums Travelin’ at the Speed of Thought in 1977, So Full Of Love in 1978 which contained their last Top Five hit entitled “She Used to Be My Girl,” and the album Identify Yourself in 1979. At this point, The O’Jays commercial success was waning. Nevertheless, The O’Jays continued releasing material throughout out the 80s including Year 2000 in 1980, My Favorite Person in 1982, When Will I See You Again in 1983, Love And More in 1984, Love Fever in 1985, and Let Me Touch You in 1987. The O’Jays ended their run with Philadelphia International in 1988, signed to EMI, and released the album Serious in 1989. They made sporadic appearances on the charts with the singles like “Lovin You” from the Let Me Touch You album, and the tracks “Have You Had Your Love Today”, “Serious Hold On Me”, and “Out of My Mind” from the Serious album.

The O’Jays released the album Emotionally Yours in 1991, which included their cover of the Bob Dylan track of the same name, and including this track, The O’Jays had three songs from that album make appearances on the R&B charts. Sammy Strain left The O’Jays in 1993 and was replaced by Nathaniel Best. Their 1993 album Heartbreaker also placed well on the R&B charts. Their latest albums are Imagination released in 2004 and Christmas with the O’Jays released in 2010. In 2005 The O’Jays were inducted into the Rock and Roll Hall of Fame.

Below I have featured some great live performances from The O’Jays at the peak of their musical success in the 70s. So put on your good suit, lace up your wing tips, and get ready to get down to some of the most legendary and tight soul the internet has to offer. Enjoy!

The first video is a tight and funky live performance of “For the Love of Money” on Midnight Special in 1974:

This next video is The O’Jays performing the classic track “Give The People What They Want” in 1975.

This video is a 1976 live Soul Train performance of the tracks “I Love Music” and “Stairway to Heaven,” both from the 1975 Family Reunion album.

Unfortunately, the only legitimately live video I could find of The O’Jays performing “Backstabbers” was not embeddable, but you can check it out here. However, since “Backstabbers” is my hands-down, favorite O’Jays track, I could not leave it off the page. Although they are lip-syncing in this Soul Train performance, they still bring it. Check it out:

I hope you enjoyed seeing The O’Jays live.
Stop back next time for more Old Soul.