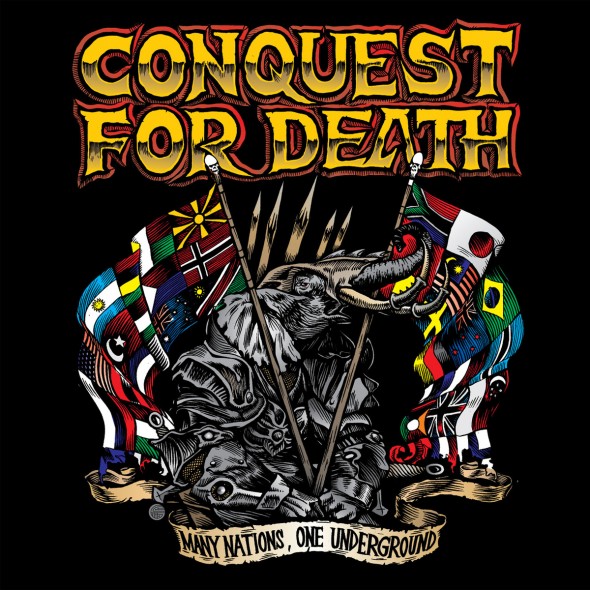 We are very pleased to offer the premiere and stream of new song, “Life as a Flashback” by the pioneers of “Bandana Thrash” and “Fastcore”, Conquest For Death, whose forthcoming LP, Many Nations, One Underground hits streets November 5th via the now legendary Oakland-based DIY label, Tankcrimes.

Featuring members strewn across three continents and three far-separated regions of the US, Conquest For Death was originally spawned from ashes of seminal Bay Area thrashers, What Happens Next? in 2006. Two previous full-length releases, a plethora of splits and comps, combined with relentless touring have taken Conquest For Death to the far stretches of the globe including stops in South Africa, Namibia, Botswana, New Zealand, Australia, Indonesia, Malaysia, Singapore, Philippines, China, Japan, Brazil, and various locations in the United States.

Enjoy an exclusive Blow The Scene stream of new song “LIFE AS A FLASHBACK” below the fold! If raw, thrashy, hardcore-punk is your jam- This is a do not miss of 2013.

We have also included the band’s music video for title track “Many Nations, One Underground” featuring live footage collected from various corners of the globe during the band’s many tour outings. 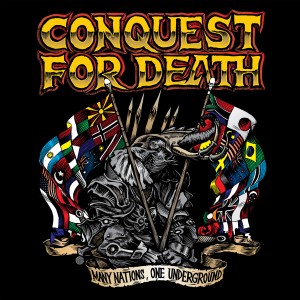 You will be able to snag this forthcoming LP from Tankcrimes online.

Conquest for Death “Many Nations, One Underground” Official Music Video