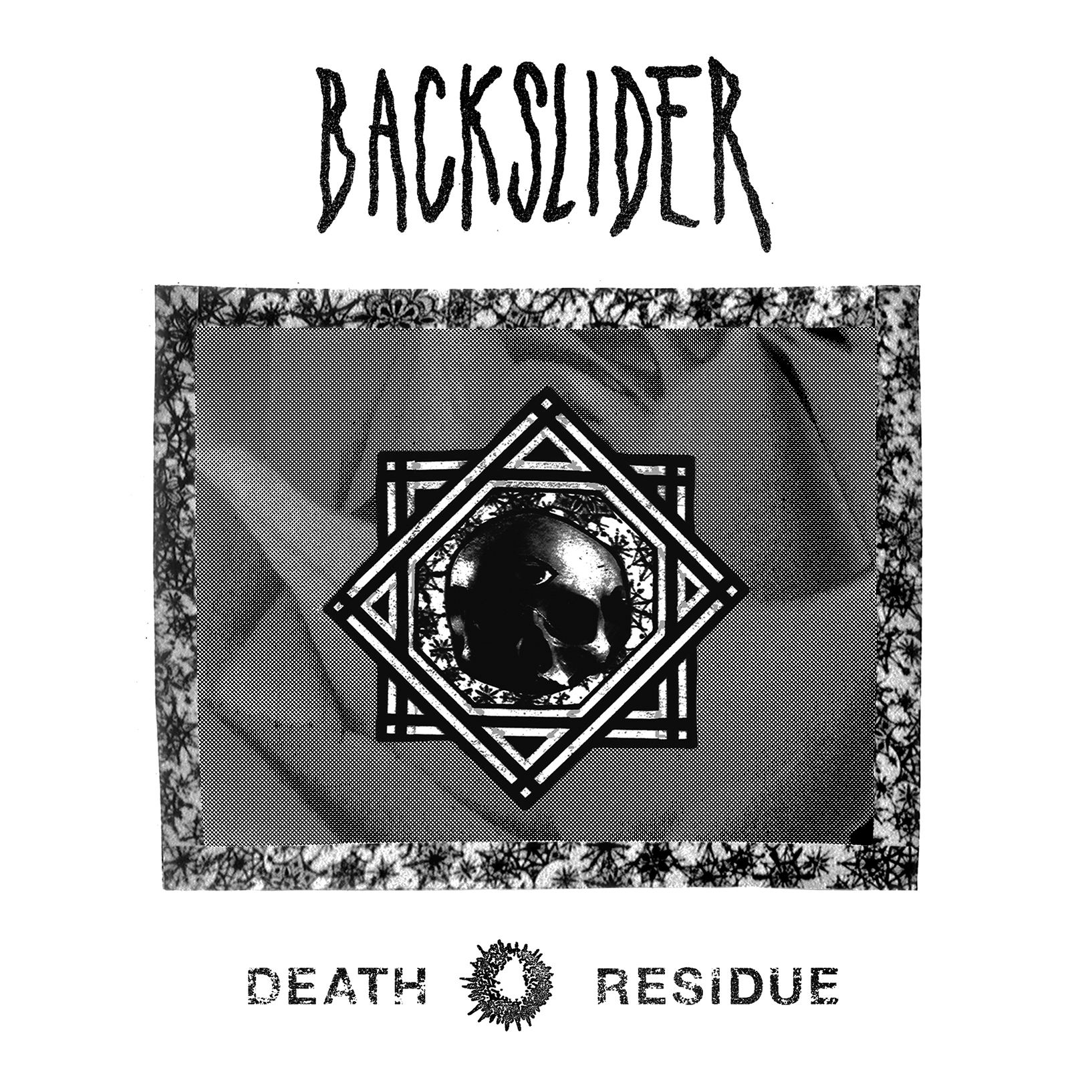 Enjoy an exclusive stream of new song “Skull Honeycomb,” taken from Backslider‘s forthcoming EP, Death Residue, due out in June via NYC’s Nerve Altar Records. Longstanding and constantly shapeshifting since forming in Philadelphia in 2008, Backslider has managed to writhe, mutate, and evolve into a different beast on each new release.

Over numerous demos, split 7″s, EPs, a 10″, hundreds of shows, and 2016’s full-length debut Motherfucker, the band has forged themselves on everything from obscure 70s rock to drug-crazed hardcore.

On their latest release, Death Residue, Backslider again take a hard left turn away from the sludge-y, fastcore material that decorated its past. Picking up where 2016’s Motherfucker left off, and further exploring what was merely hinted at prior, Death Residue finds the band spewing out rapid-fire, nightmarish hardcore that borders on psychedelic.

The addition of renowned drummer Jake Creggar (Multicult, Triac, Reeking Cross) brings a focused intensity to the songs. Creggar is joined by bassist Jake Smith (Knife Hits, Penetrode) who returns for his sophomore effort with Backslider along with founding member, vocalist and guitarist Logan Neubauer.

For the recording of Death Residue, Backslider once again leaned on the skills of engineer Kevin Bernsten at his Developing Nations Studios with mastering efforts contributed by Brad Boatright at his AudioSiege studios. 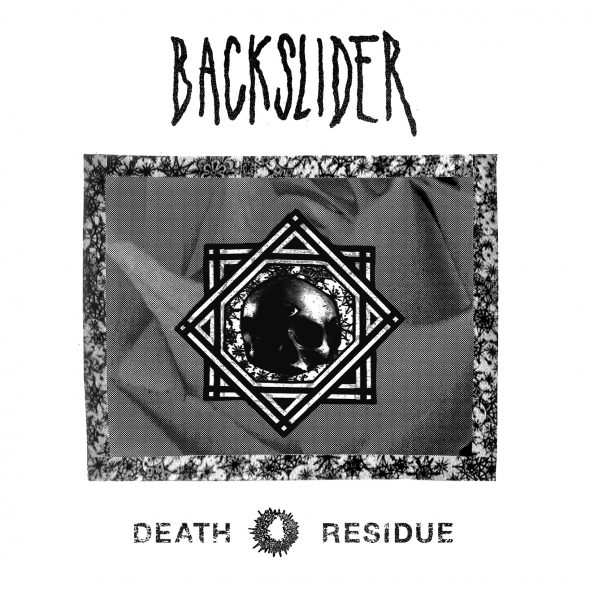 We recently caught up with founding member, vocalist and guitarist Logan Neubauer for a briefing on the forthcoming EP.

BTS: Bring us up to speed on Backslider‘s current creative process- How has the addition of drummer Jake Cregger changed your musical approaches for this latest material on the Death Residue EP compared to your creative processes during the Motherfucker LP and previous EPs?

Logan: I would say that the thought behind the process has changed more than the process itself. Before when I would be writing/arranging songs I would take into account Patrick’s (former drummer) highly unique style and taste, and we would build on motifs that were already established from previous releases. I don’t want to write in a way that would potentially force Jake to try to recreate that style. The goal is still intensity, but achieving that intensity through different means.

BTS: You again chose to work with longtime engineer and producer Kevin Bernsten at Developing Nations Studios in Baltimore for this Death Residue EP. Do you have a recording formula locked in with Kevin at this point- or do you approach each recording on a clean slate?

Logan: Again, we didn’t want to recreate something that was already established from previous releases. I love working with Kevin because he never operates on auto-pilot, and he was on board with changing things up. This time around we did a bit more experimenting with mic placement, layering/overdubs, and tonal shifts. I couldn’t be happier with the results.

BTS: What are some of the lyrical and visual themes the band touches on in Death Residue?

Logan: Without putting too fine of a point on it, I would say the overall theme would be the coping mechanisms associated with intense dread, and how dread affects one’s capacity to love. “Skull Honeycomb” is VERY loosely based on London Fields by Martin Amis and “Mortuary Art” contains excerpts of a short story that I wrote but will never do anything with. I always try to incorporate elements of psychedelia into the art I make, part of the reason I’m so drawn to collage is taking familiar images and concepts and crafting a different reality from those. I like art that is bold, captures your attention, and has an almost hypnotic quality.

BTS: You’ve linked of with NYC’s Nerve Altar label for this forthcoming effort. Seems like a natural fit. How did your world’s come into contact for this latest effort?

Logan: I’ve know Aaron for years, I think he was actually at our first NYC show back in 2009. He’s a good friend, has great taste, and his label is a representation of that. We’re very happy to be part of the Nerve Altar catalogue.

BTS: Backslider has been active for just about a decade now with extensive touring both home and abroad under your belts. How does the current climate, both socially and politically, compare to years prior?

Logan: We went to Europe in October 2016 before the election, UK in November 2016, and Europe again in 2017 so we saw the way people’s attitudes went from kind of “there’s no way he’ll win, right?” to “what the fuck is wrong with your country” in such a short period of time. It’s disheartening and embarrassing but totally warranted, I’m very ashamed of this country and we always mention that we don’t want to be associated with or represent the current state of political affairs in America.

BTS: What does Backslider have coming down the pipeline later in 2018 and beyond?

Logan: Mostly writing for the next LP along with some rare live appearances. There will be some major curveballs but fans of the ripping speed of some of our previous material won’t be (totally) disappointed, haha.