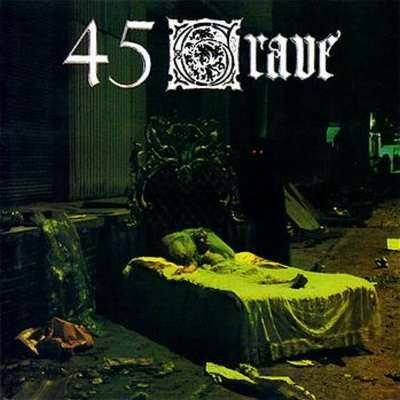 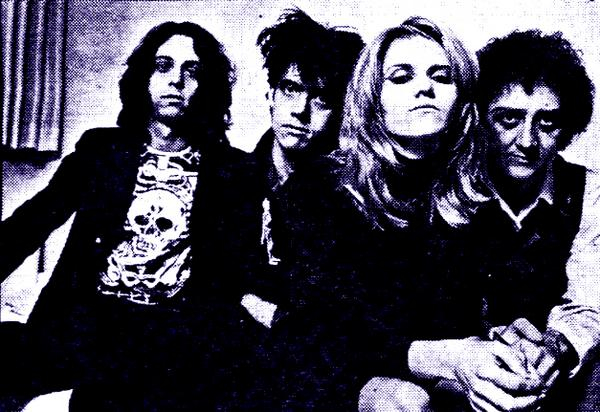 45 Grave is credited as one of the first deathrock bands, creating the LA sound that combined the gloom of English goth rock (think Sisters of Mercy) with the aggression of punk, the speed and style of surf rock, and at times the horror themes The Misfits connected with punk several years before.

Though widely regarded along with Christian Death as one of the progenitors of deathrock, 45 Grave only released one full-length album in their career.

Like all great albums, Sleep in Safety understands the the value of brevity. At 42 minutes, it’s not overlong, and it varies enough to keep interest — something more lauded punk albums (London Calling, and, sadly, many of The Ramones’ albums) do not do.

From the eerie keyboard intro and bizarre chants that begin the intro, “Insurance from God,” to the final song, “Partytime,” which may make newer listeners conjure images of Andrew WK (Do you wanna party / It’s partytime), 45 Grave balances the themes of fun and terror so well the listener almost begins to understand the appeal of goth. Maybe not overall, but at least for the duration of the album.

“Partytime” actually appears twice on newer versions of the album, the second time in a slightly altered format more suited to radio play.

The best song on the album is track four, “Violent World,” which very probably influenced both Refused’s “New Noise” and The Faint’s “Agenda Suicide,” two catchy, genre-defining songs in their own right. It’s fast-paced, anthemic and aggressive, and an absolute joy to hear every time it’s played.

It’s followed up by two slow tracks, “Phantoms” and “Dream Hits II,” until the pace picks up again on “Bad Love.” The hook on “Phantoms” is perhaps the most memorable part of the first half of the album beside “Violent World.” (Surrounded by a secret / Growing old with your lies).

Track nine, “Surf Bat,” hits a bit unexpected. It’s a surf rock song. It’s derivative, but it’s likely an homage to the “Monster Mash” and it works. Surf rock like it’s unlikely successor, black metal, is a bit limited in scope, but is fairly refreshing in small doses like this two minute track.

On the second half of the album, the song “Riboflavin” is worth noting because you’ve probably heard it on some Halloween compilations. (Riboflavin Flavored, Non-Carbonated, Poly-Unsaturated Blood)

Overall, the listener will find the album catchy, memorable, and diverse. I’ll concede to my own point and acknowledge brevity here.

Related Items:45 Grave, A.W. Miller, Andrew W. Miller, Sisters of Mercy, The Misfits, The Tapes Your Mother Laid Out for You