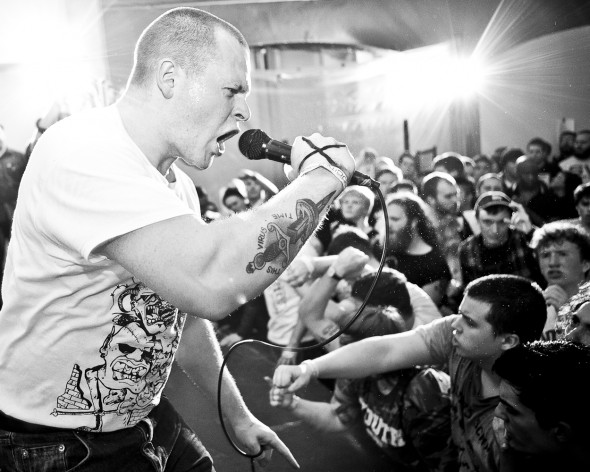 Vitriolic UK hardcore outfit, Violent Reaction are gearing up to drop a new full-length, Marching On, via staple LA hardcore label, Revelation Records as we proudly serve up an exclusive full-album premiere before the street date of March 31st, just below the fold!

Straightedge-driven and Oi-influenced, Violent Reaction was spearheaded by Tom Pimlott in Liverpool as a one-man project in 2011. The band has remained prolific seeing a self-titled EP (Quality Control & 6131 Records), plus the Painkiller Records released 2013 debut LP, City Streets, in addition to the 2014 Dead-End EP, also through Painkiller. The Oi-influenced, straightedge, hardcore streetpunk vitality of these works now sees the name Violent Reaction a centerpiece of the current UK scene. Pimlott has relocated to Leeds and expanded the outfit to a full lineup, which has already hit the ground at full steam, including US tours with Hounds Of Hate and brother band, The Flex, under their belts.

The boys are heading out for a round of US tour dates in April in celebration of Marching On with dates listed below the fold.

Without further ado, enjoy Marching On in its entirety. 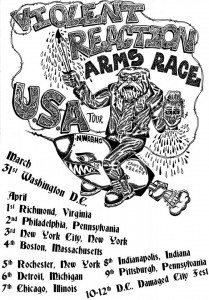