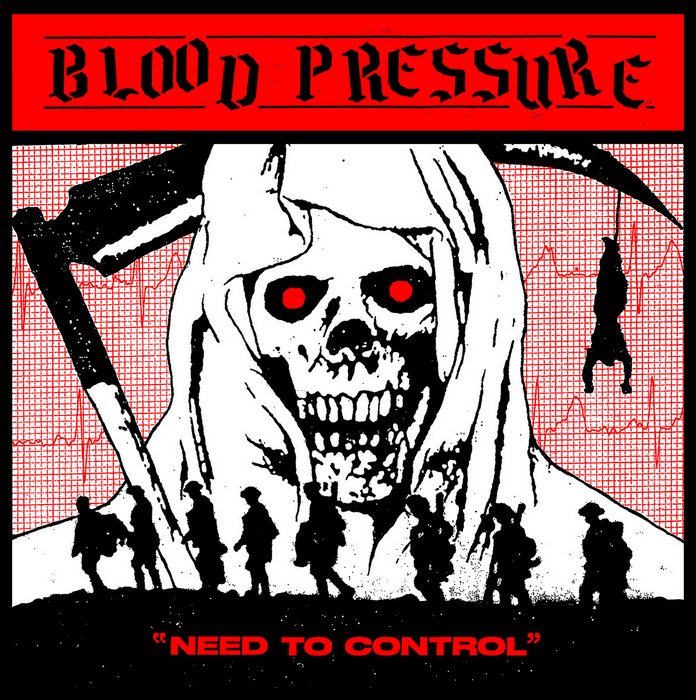 Blow The Scene’s New Music Now column continues a week-long special of current album highlights. Here we have with a grouping of new releases from Oathbreaker, Sea Of Shit, Forest Of Tygers, Act Of Impalement, Plebeian Grandstand, Blood Pressure, Every Time I Die, Sunlight’s Bane and Geist with loads of free music samples and links for purchase and further investigation below. “Oathbreaker have hit their stride and carve a new path for their blackened/post-metal sound. It is a deeply personal album that showcases the artistic strength that vulnerability brings and provide a listener with a set of songs that speaks volumes…This isn’t just music. Its art and you can’t help but feel a little empty once it’s finished.” – The Revival Music We’ve mentioned the ferocious grind goodness Sea Of Shit provide via previous splits (see split with Sick/Tired), but here we have chance to showcase the band on their own in the form of a new EP on out now via Nerve Atar. Spastic and moody, 2nd EP purveys a rage and grit that all feel very Chicago. Sludge-drenched riffs converge into irate vocal assaults fueling this burning building that remains smoldering throughout. Stubborn blasts and specs of d-beats crash into punchy hardcore riffs. SOS is not afraid of a droning, deep-fuzz-saturated, bass-distortion either..Solid EP that should not be missed. – Blow The Scene Dubbed “blackened hardcore and beyond duo” by CVLTnation.com, Forest OF Tygers is perhaps the best 2-person journey through this area of the musical spectrum. Focusing atmospheric elements that fans of Neurosis will appreciate, the duo is able to harness a broad landscape of musical composition. FOT pools from circles of black metal, experimental, drone, and much more to concoct an exceptional amalgamation of sound. You have to keep reminding yourself this is one man on guitar and vocals and one woman on drums and back-up vox. Insane. The FOT portion of this split was recorded by Mikey Allred. While AOI employed the capable hands of of Shibby Poole, best known for his guitar work with Yautja. The split was then mastered by Brad Boatright at AudioSiege. The Act Of Impalement portion of this split is nothing to sneeze at either to be sure. Showcasing a devastating delivery of old-school, mid-tempo death metal, this split is must have for fans of the genres. – Blow The Scene “The most consistent projectile here is the thunderous double bass, most volatile when complemented by blast beats. Plebeian Grandstand blend the dissonant discordance of the more tumultuous metallic hardcore into their black metal, disorienting the listener. The crust influence remains in the form of general filth and apocalyptic atmosphere, though much of its groove falls to the wayside in favour of straight-up, unrelenting punishment.. It’s auditory whiplash, and a reminder that we all have at least a little darkness inside of us. Thankfully, Plebeian Grandstand let theirs out here. Frankly, it’s goddamned devastating. – Exclaim “One of the best records and best live bands I’ve seen so far this year. ..Full-tilt hardcore bile with a Swedish/d-beat drive. Savage riffery, full-throated vocals and executed with a single-minded relentlessness without a break to catch your breath.. In short, it kicks fucking ass.. –Subvox “It’s been 15 years since Every Time I Die dropped their debut full-length album, and a decade and a half later the heavy hitters haven’t lost an inkling of steam..an incredible album that grows with every listen and reflects the extensive range of heavy music this band have consistently delivered in their furious career.” –Alt Press “..Two bands from different sides of the Atlantic..threatens to boil the ocean between them into the atmosphere. The bands are Sunlight’s Bane from Michigan and Geist from the northeast of England..methodically batter your heads..dissonant guitar excretions..maniacally violent..heavy-grooved punch.” – NoCleanSinging