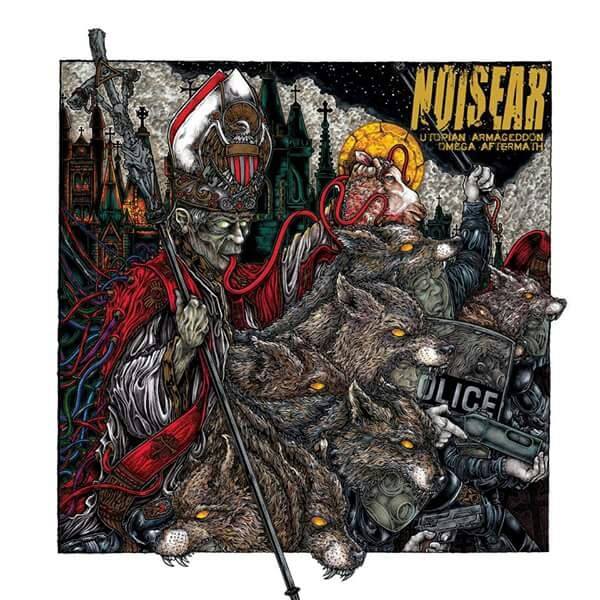 Blow The Scene’s New Music Now column continues a week-long special of current and forthcoming album highlights. Here we have with a grouping of new releases from The Dillinger Escape Plan, Noisear, Disjawn, Vermin Womb, Funeral Chic, Escuela and Gatecreeper with loads of free music samples and links for purchase and further investigation below. 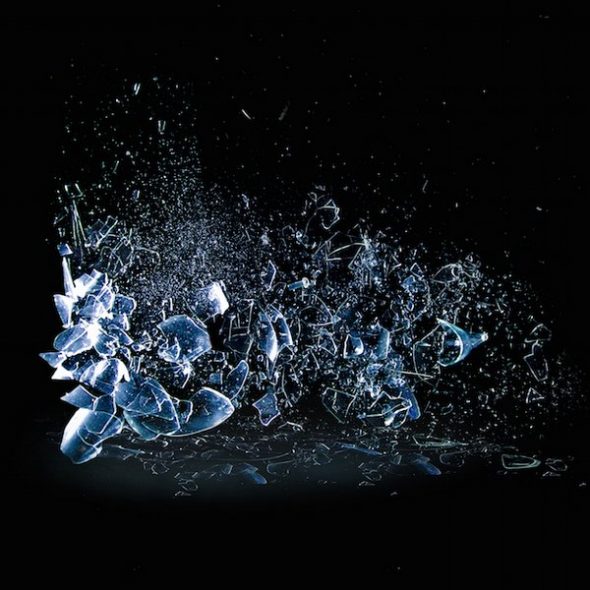 “After five studio albums, a clutch of EPs, a small army of ex-members and a trail of total fucking destruction in venues across the globe, we have reached The Dillinger Escape Plan’s final hour. In characteristically Dillinger fashion, they have chosen to go out with a bang rather than a whimper, bringing their career to a close on entirely their own terms.For those of us ..who have been along for the whole ride since Calculating Infinity, it is a bittersweet moment. The Dillinger Escape Plan are a truly remarkable, ground-breaking band whose legacy is sure to live long and stand proud. Dissociation is a glorious and fitting final chapter to their recorded output.
Once last chance to dance. Let’s make it count.” The Monolith 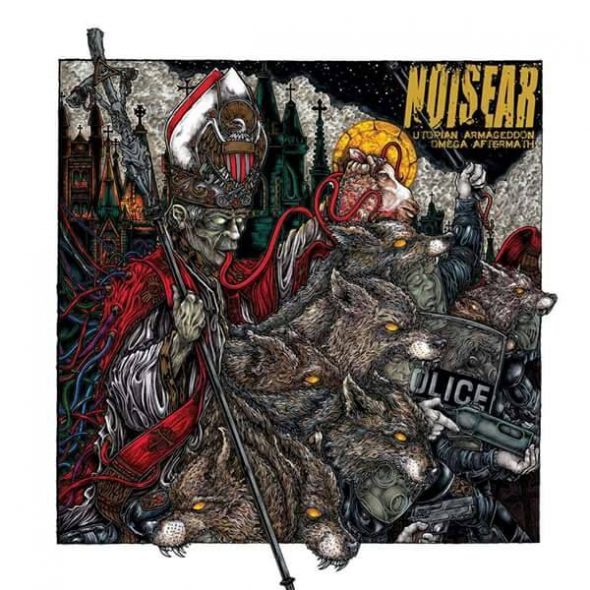 If the first track offered, ‘Submission Accomplished’ be any indication- grind champs Noisear have delivered another blazing and uncompromising blastfest with the new LP, “Utopian Armageddon Omega Aftermath,” showcasing the otherworldly chops of drummer Bryan Fajardo (Gridlink, P.L.F., Cognizant, Phobia) and manic riffs of guitarist Dorian Rainwater. Noisear, who are now among grind’s most revered acts, will hit the road with Mother Brain for a US tour this October, see full dates here. – Blow The Scene 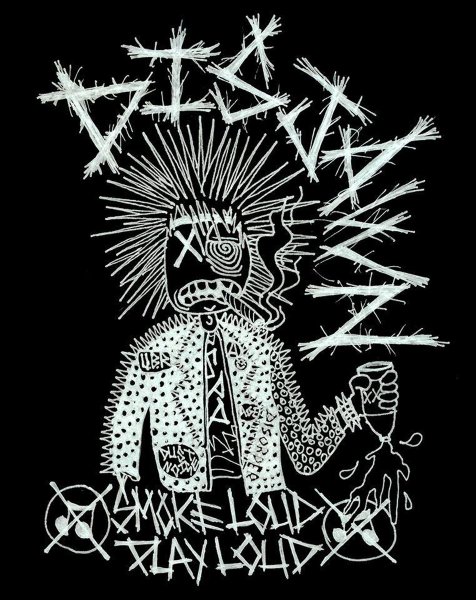 Perhaps the best name ever devised for a Philadelphia punk band, Disjawn bring an unforgivingly filthy, noise-drenched, d-beat assault the way only South Philly punk bands can. Honing a sound within the vibrant underbelly of Philly’s house show network, Disjawn continue a legacy of brutal, noisy, d-beat bands from the Hostile City, carrying the torch with such mainstays as Nightfall, Population Zero, the late Plague Dogs (RIP!), and fellow newcomers Dronez. Philly d-beat is alive and well and Disjawn is one of the many Philly-area bands to keep an eye on. – Blow The Scene 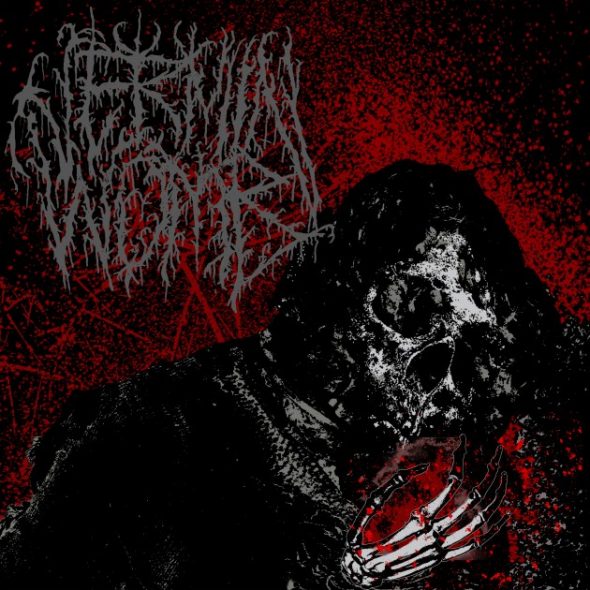 “Right before the listener gets used to their take on grind, they go full death metal. Then before they can wrap their head around that, the phrasing starts to stretch out and get closer to black metal, except built on deep-fried bass frequencies and not screechy treble.” – Invisible Oranges 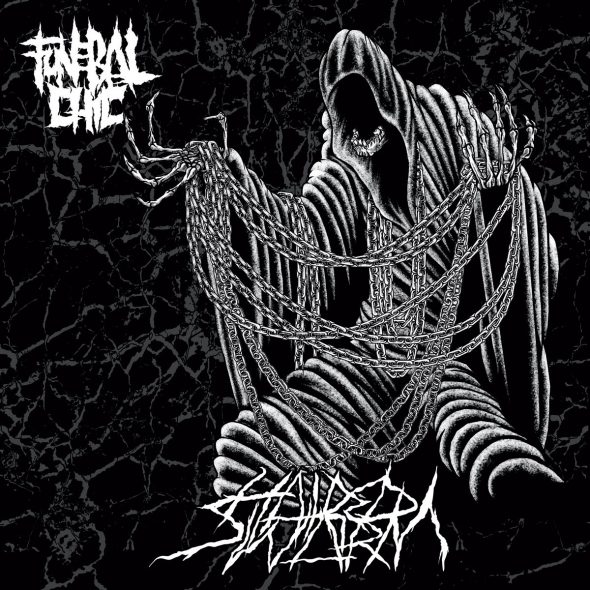 With a truly vitriolic approach to song-crafting, Charlotte, NC’s Funeral Chic are one of the most dangerous and explosive bands currently active in the underground circuit. The band’s latest, Hatred Swarm, was recorded by Rick Contes at Birthwave Studios and Mastered by Brad Boatright at Audiosiege. The outcome- Monstrous blackened crust riffage blasting into pummeling drum rhythms, executed with hell-fire precision. This fury, all sits comfortably under a bed of smoldering vocal assaults…we could go on and on…But let’s cut to the chase- If bands like YAITW, The Secret (Italy), and Nails get your whistle wet, allow us to add another band to your short list. Funeral Chic is without a doubt a band to keep an eye on as we head into 2017. – Blow The Scene 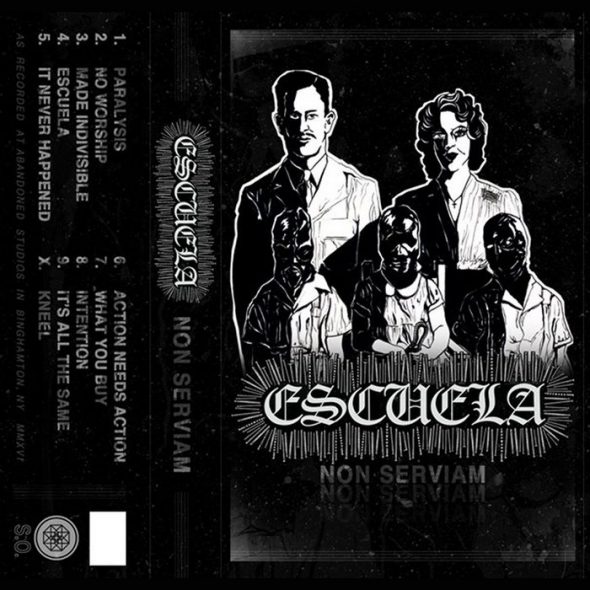 Ithaca, NY has maintained and developed a thriving music community in recent years. No better example than the up-and-coming three-piece grindcore unit, Escuela, who have been turning heads with a heartfelt commitment to the most brutal of grindcore approaches. The band’s latest effort, NON SERVIAM, sees raw powerviolence and grind executions saturated in old-school, meaty distortions, allowing vocalist Katerina Economou to expel venom-laced critiques of society’s many ills in both English and Spanish. The overall sound sits somewhere between the mighty girth of Nasum and the raw blunt force of Despise You. – Blow The Scene 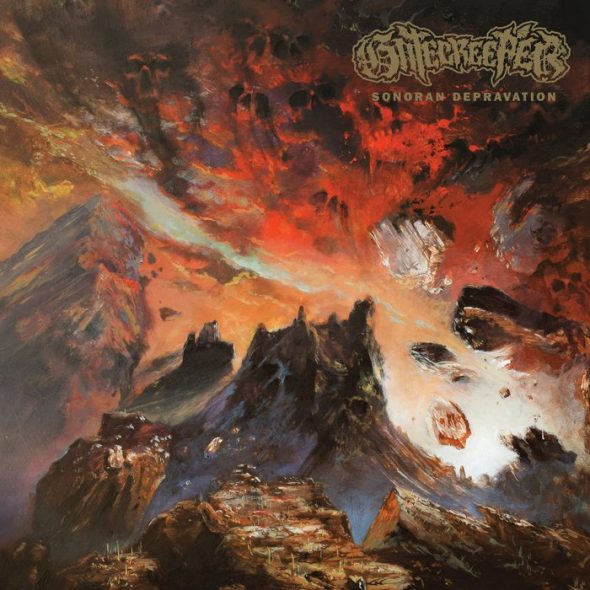 “In terms of death metal, one could describe Gatecreeper as refreshing or reverent, but their are no shortage of adjectives I could apply here to a band that has managed the unwieldy task of creating a unique sound and being flattering to their artistic forebears with songwriting that keeps the recorded medium and live setting simultaneously in mind. This release is a culmination of all I’ve seen this band accomplish, which is much, and for those not paying attention so far, now’s the time to wise up. “ – CVLTnation.com