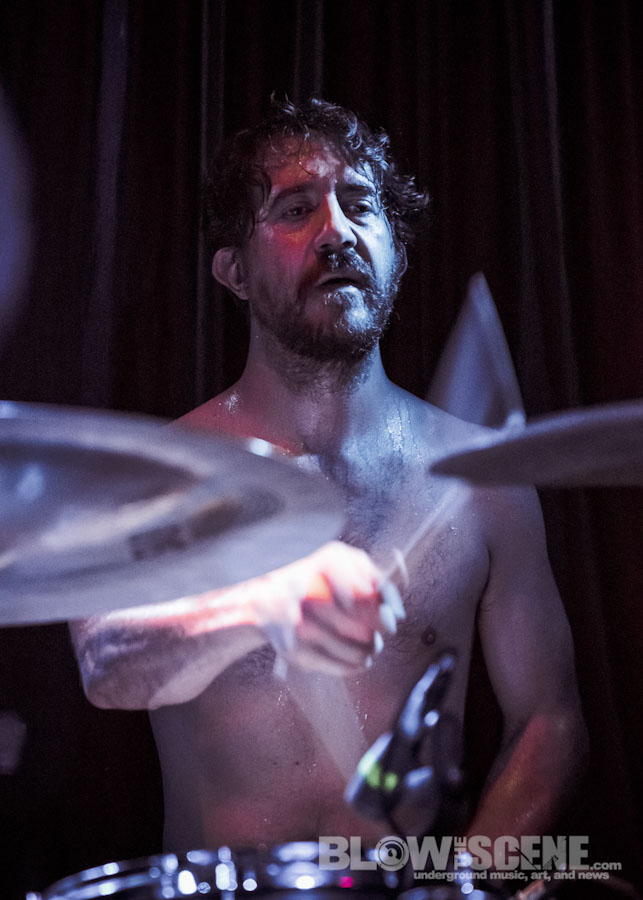 Organ Dealer kicked the evening into gear with a fast-paced offering of their patented metallic grind. The band continues to support 2015’s Visceral Infection (Horror Pain Gore Death Productions) full-length, plus a guest recording one-off with producer Kurt Ballou as the editors of MetalSucks hand-picked ten unsigned bands from an open application process to record at Converse Rubber Tracks. Organ Dealer recently announced they will be heading on a maiden European tour with Paris, France’s Department Of Correction in April of 2017. A band we’ll be sure to check in with in the coming months.

Vermin Womb sent shockwaves across the extreme music landscape with the band’s latest, Decline that hit streets in October via Translation Loss Records. The LP showcases an unforgiving take on modern grindcore where omnipresent distortion delivers anti-melodic rhythms seemingly conjured from the darkest corners of the universe. Riffs to be felt in the cockles of your cockles both recorded and in a live setting to be sure.

Sweden’s Gadget are nothing short of grindcore royalty seeing hordes of loyal followers worship decades of pioneering aural assaults. The band’s latest offering and first new full-length in 10 years, The Great Destroyer, hit streets via Relapse Records earlier in 2016 and is sure to see many top list appearances. Spoiler alert- It will surely be one of our top albums of 2016.