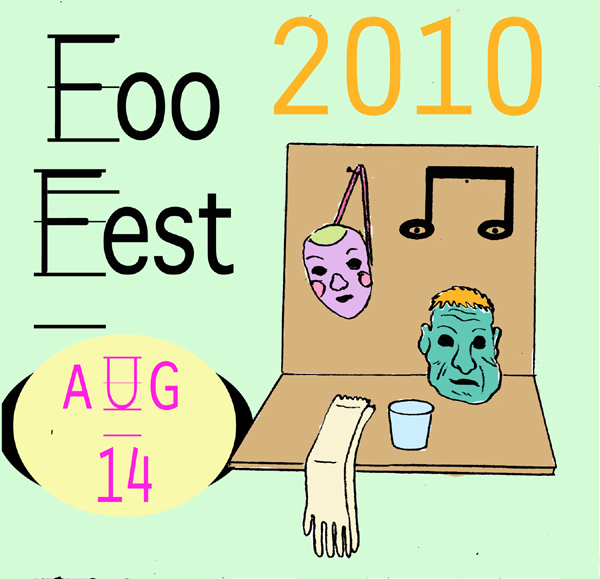 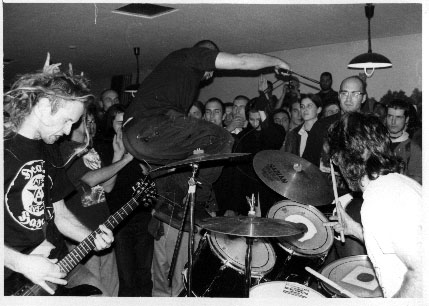 One of our all-time favorites, legendary crust punk outfit Dropdead have announced they will be performing at this year’s Foo Fest in their home turf of Providence, Rhode Island (we’ll get to the rest Foo Fest’s amazing line-up in just a moment). Dropdead have been very selective about which live dates they pick up over the past few years and their August 14, Foo Fest performance is their only scheduled date this year! Formed in early 1990, Dropdead have etched a name for themselves as a defining band in the American crust punk movement. Adhering firmly to DIY ethics with socially poignant lyrics and an uncompromisingly brutal musical presence that combines elements of punk, power violence, metal, and d-beat; Dropdead are am absolute “Do Not Miss” for anyone extreme music fan in the New England area. We’ll be keeping a close eye on Foo Fest 2010 and featuring several spotlight articles over the coming months.

AS220’s 25th Anniversary Foo Fest 2010 is a grandly proportioned summer celebration of Rhode Island’s vibrant arts community and also the 25th anniversary party for its host, yes, us! Last year, Foo Fest drew over 5,000 people to downtown Providence. This year we are hoping for an even stronger showing from the larger community.

The AS220 25th Anniversary Foo Fest 2010 will once again transform Empire Street into a lively party with two dozen music acts on two stages (indoor and outdoor), dancing, eating, interactive art installations, homemade games and local artists showcasing their creations and original tunes. To widen the appeal to families with young children Foo Fest will once again be programed with music and activities geared toward the younger crowd from 1PM to 6PM. The afternoon will offer several very popular childrens music acts and interactive programing. In the evening, Foo Fest will get more “mature” with a still growing, but already rather impressive lineup of over a dozen performers. We are proud to announce ESG as our 2010 Foo Fest Headliners. Foo Fest will also be honored by special appearances from a couple noteworthy out of town bands, LA’s Warpaint & Brooklyn’s Javelin.

On its 25th anniversary, AS220 announces the creation of the AS220 Free Culture Award, a national award bestowed every other year on an artist whose work has made a significant contribution to grassroots, participatory culture and freedom of artistic expression, and embodies AS220’s unjuried, uncensored mission and values. Contemporary artist, graphic designer and illustrator Shepard Fairey will be the inaugural recipient of the AS220 Free Culture Award at Foo Fest 2010. Fairey will we honored with a one-of-a-kind, hand-crafted Free Culture Award on the Foo Fest main stage by AS220 founder and Artistic Director Umberto Crenca.

To Be Emceed by Mr. Keith Munslow 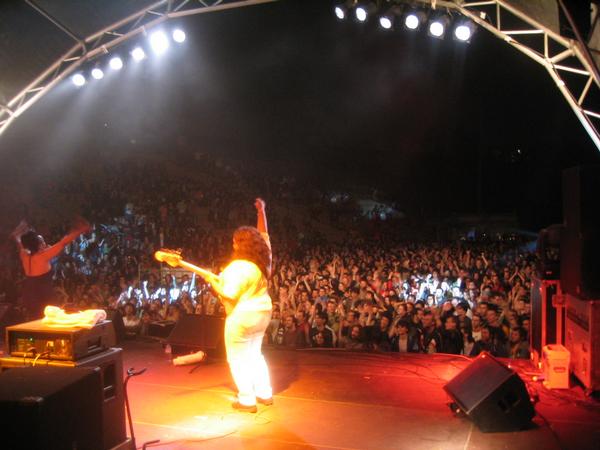 ESG might fly under the radar in terms of mass-consciousness, but take a peek and you’ll quickly realize the incredible influence these ladies has on post-punk, no wave, hip-hop, and house and dance music. Perhaps you think you haven’t ever hear them, but you probably have; TLC, the Wu-Tang Clan, the Beastie Boys, Big Daddy Kane, and indie rockers Unrest and Liars have all sampled ESG’s distinctive beats. An art-funk ensemble from the South Bronx, ESG (Emerald Sapphire & Gold) was formed by Scroggins sisters Deborah (bass, vocals), Marie (congas, vocals), Renee (vocals, guitar), and Valerie (drums), all of whom still handle vocals and percussion; with Tito Libran and other temporary members playing a role in the band at various times. ESG’s music is centered around the sisters’ complex polyrhythms with atmosphere supplied by bass and pop-flavored guitar. During their first incarnation, the group signed with 99 Records and issued a debut self-titled EP in 1981 featuring six tracks, with three studio tracks produced by Martin Hannett (Joy Division, etc.). 1982’s ESG Says Dance to the Beat of Moody EP continued in a similar vein, as did their first LP, 1983’s Come Away With ESG. ESG disbanded in the mid-80’s but thankfully re-formed in the early-90’s partnering with the U.K.’s Soul Jazz label and releasing the 2002 album, Step Off. With a revamped lineup that included Renee Scroggins’ daughters, Nicole and Chistelle, Step Off was met with the consensus that the group had picked up exactly where it left off. 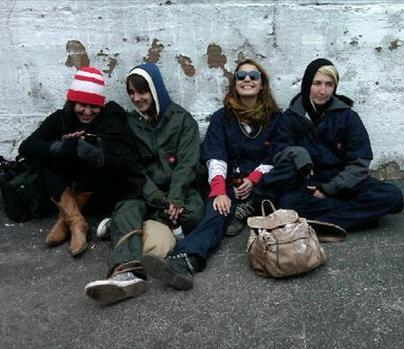 Warpaint is an experimental art rock group from Los Angeles, described on Last FM as weaving “intricate guitar lines, hypnotic vocals, and driving post-punk rhythms into gorgeous, sprawling songs that skirt the line between the soundscapes of psychedelia and intimacy”. The group consists of Jenny Lee Lindberg (vocals/bass), Emily Kokal (vocals/guitar), Theresa Wayman (vocals/guitar) and Stella Mozgawa (drums/keyboards). Their debut EP for Manimal Vinyl, Exquisite Corpse (October 2009), was mixed by Red Hot Chili Peppers guitarist John Frusciante. After a set at the CMJ Music Marathon, indie label Rough Trade signed the band. Warpaint is currently in recording their debut LP for Rough Trade, which is slated for a probable summer 2010 release, this time with Tom Biller assisting. Because the band’s EP was recorded two years ago and consists of songs written as much as five years ago, expect a different sound from Warpaint’s current live shows and their upcoming full length. There’s always room for improvement evidently, cause these ladies are taking names! 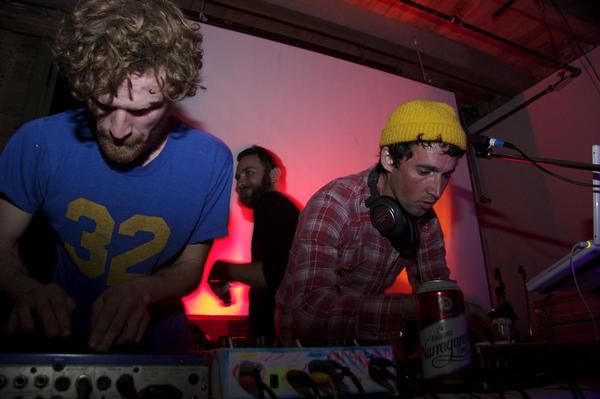 A pair of ex-art schoolers and real-life cousins from Rhode Island, George Langford and Tom Van Buskirk are Javelin, the beatmasters of the ever-expanding lo-fi DIY movement. Javelin’s April 2010 debut LP No Más on David Byrne’s Luaka Bop label is the eagerly-awaited follow-up to a self-released collection of demos (Jamz n Jemz) and two limited Thrill Jockey 12-inches (Javelin, Number Two). Using an array of old dollar bin records to create modern dance music, Javelin are creating some of the weirdest, conceptual jams on the scene today. Bouncing between samplers and strings, drum machines and drum sets, and a ever-expanding collection of guitars, horns and homemade thumb pianos; Javelin “samples” music by painstakingly recreating moments from dusty 45s. The duo has stated in interviews that they never want to buy a single record that costs more than five dollars, a policy that makes for some fresh samples!

AS220 was founded in 1985 with an unjuried, uncensored mission and the conviction that freedom of expression is crucial for the development of strong communities and individual spirits. In the past 25 years, AS220 has grown to become a linchpin of Providence’s vibrant creative community, with three buildings downtown that provide a performance space, four galleries, 34 artist live or work studios, a community print shop, a community darkroom, a public technology lab and a youth program. We showcase more than 100 visual artists and host thousands of performing artists annually, including poetry readings, film festivals, panel discussions and music of all genres.