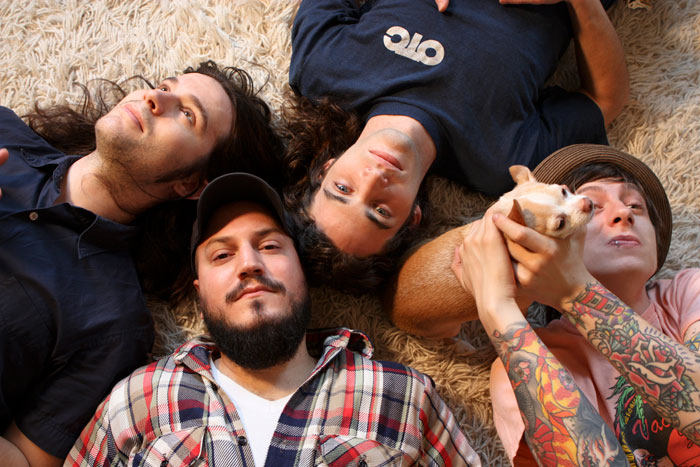 The first show is happening Oct 9th in Chicago, IL and the second, Oct 10th in Los Angeles, CA.

Philadelphia’s Blacklisted have just wrapped up a Euro tour run that saw special guest Paint It Black featured for select dates as the band continues to support their latest full-length No One Deserves To Be Here More Than Me, released in 2009 on Deathwish and their latest E.P. Eccentrichine, released on Six Feet Under Records this year. Blacklisted has gone through quite a progression since their inception almost a decade ago. What started as a revival of classic hardcore and punk, has slowly evolved into an alternative rock and psychedelic presence that still captures the intensity of their early days. Most so-called hardcore bands would never dream of straying this far away from their roots, and yet Blacklisted are striving forward with no hints of looking back.

Second on the docket, are Cleveland hardcore legends Ringworm. And for those of you living under a rock for the past 20+ years, this band helped define the genre with the likes of Integrity and Earth Crisis in the early 90’s. Despite the bands early rise to the top of the hardcore metal scene, members of Ringworm would pursue other artistic endeavors through 2000. Ringworm retained a core group of fans but ducked out of the lime light and missed the meteoric rise their hardcore peers Earth Crisis and Terror. The band shifted gears again in 2001 with the release of Birth Is Pain on Victory Records and started on a prolific output of material that would draw critical acclaim from a new generation of hardcore fans while retaining their core base.

Brooklyn’s Acid Tiger will also be making an appearance at this free showcase with their unique blend of psychedelic rock and southern flair. Featuring Ben Koller (Converge, United Nations) on drums and Lukas Previn (United Nations, Thursday, The A.K.A.s) on guitar, Acid Tiger is sure to be a crowd pleaser in this eclectic lineup. With members touring in several prominent acts based in various locations throughout the US, Acid Tiger shows are not easy to come by. Chicago and LA, consider yourselves lucky. You’re getting a rare appearance from a rad band… and it’s totally free. All you have to do is remember to RSVP…