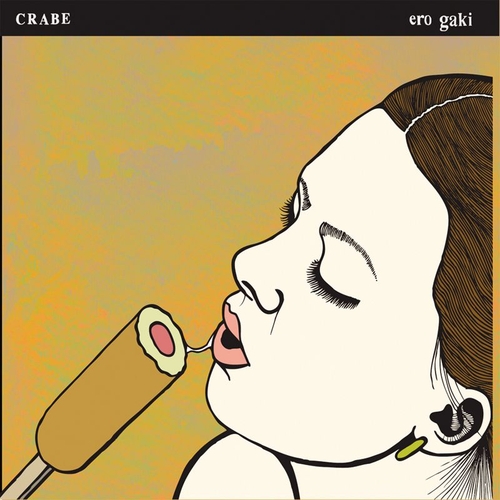 Most duos like to follow in the path of garage rockers. Very few of them attempt to challenge their senses to make something complex and challenging to their listeners. Martin Höek and David Dugas-Dion took notes from artists like John Zorn and Boredoms and scribbled them onto this sheet of paper that they titled Ero Gaki, which resembles those artists but with their own personal stamp on it.

At times, hints of Behold…the Arctopus and Dysrhythmia can be heard in songs like “Bowling & Cocaine.” The beginning is almost all disjointed riffing, but then the technically difficult but consonant grooves of Dysrhythmia arrive, and it might perhaps be the “poppiest” song on the approximately 31 minute record. The majority of the record has a lot of start-stop feel, with songs such as “Jambe Humaine.” This ties them in with artists like Ex-Models and maybe even elements of Dillinger Escape Plan (without being as metal-based, of course). While many of the song titles are in the Quebec-based duo’s mother tongue of French, a lot of the lyrics are actually in English.

The part that is most like John Zorn is the hyperspeed that these guys fly through their songs. You might feel like they’re both trying to challenge each other to see who can fly through the song first. The drumming isn’t going to parallel Zach Hill from Hella, but the guitar work is highly reminiscent of the fierce style of Spencer Seim. However, the vocal delivery of Crabe is what can either hurt or help you, and it’s hit-or-miss. If you’re into shouting/yelling vocal styles, this will be up your alley. But it feels like this can be a distraction in some songs like “Cigarettes Indiennes,” and “Un mélange de plumes dans ma plante carnivore.”

There is a great highlight that brings bands like You Slut! to mind. Check out the closer, “…du sang sale” for a nice little diamond in the rough. They get to incorporate their normal noisy elements, but it clearly has the most memorable groove and lyric, with “The ice is melting away / they got no place to play / these words are so…” being sung over a neat little 6/4 groove, that of course gets bookended by some rhythmic displacement. We can’t have it be fully even now, can we?

You’re not going to find a lot of memorable melodies here, nor are you going to be able to tap your foot to a steady rhythm, but that seems to be the antithesis of what the band is going for anyway. They want you to throw this record on and go “What the fuck?” when the paint splatters on the art-punk canvas. And in that, they have succeeded.