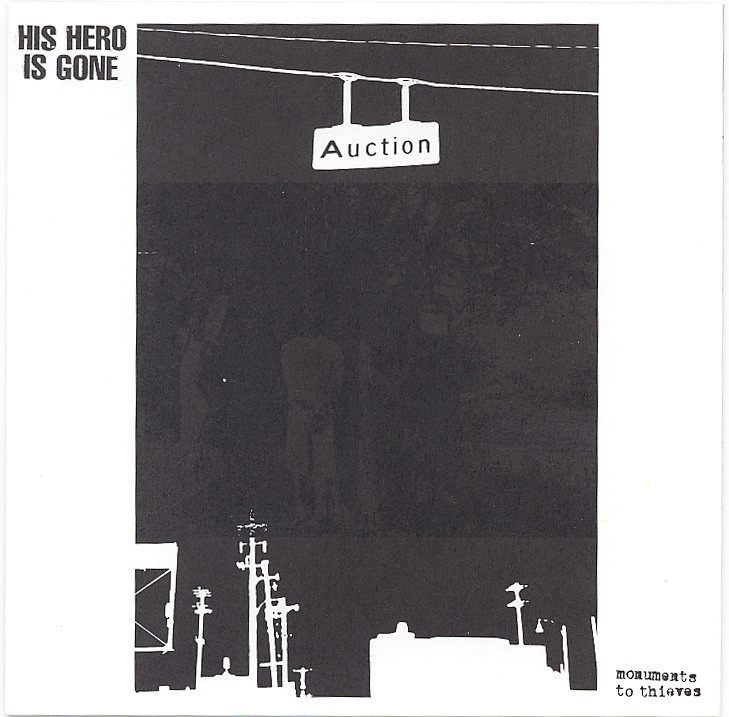 Since the formative days of d-beat punk beats in the late 70’s and early 80’s and particularly the drummers of Motörhead and Discharge; we’ve seen a lot of changes and wide-ranging interpretations. D-beats are no longer exclusive to punk and crust genres and have found their way into the fabric of Swedish and American death metal, hardcore and grindcore from all corners the World, and much more. Arguably the most cosmic shift and perhaps the greatest contribution to the American brand of d-beat came from that of Memphis TN’s His Hero Is Gone and the band’s incredibly influential 1997 release, Monument To Thieves. Incorporating elements of atmospheric death metal, varying d-beat structures, dissonant hardcore, experimental rock, drone, and countless other sub-niche areas of the musical spectrum, the album remains light years ahead of its time. HHIG marked a notable departure from the 90’s Swedish d-beat bands that nurtured the sound into maturity including Wolfbrigade who we mentioned in last week’s D-beat Monday’s column.

HHIG members have remained intertwined over the years spearheading numerous projects and seeing Todd Burdette, Paul Burdette, and Yannick Lorrain go onto to form the also influential hardcore punk band Tragedy. Bassist Carl Auge, who also contributed as HHIG‘s visual artist, continues a career in art and has gone on to bands such as Drain The Sky and the newly assembled SYNDROMES. Burdette also remains active with Nightfell that too features visual art contributions by Auge.