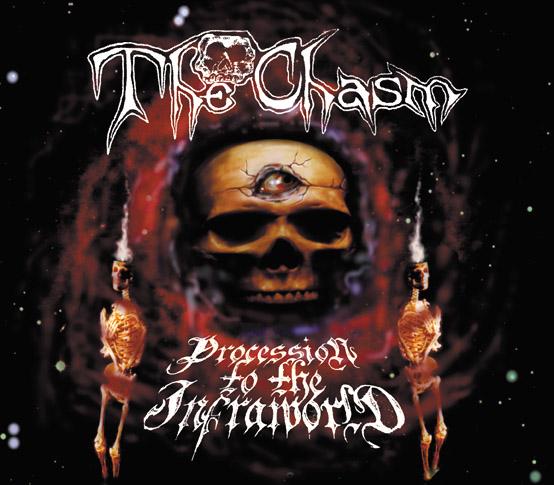 Many death metal nerds may know Daniel Corchado of The Chasm from his brief stint with Incantation for the awesomely unappreciated Diabolical Conquest. Honestly, the last record of theirs I heavily got into. Fortunately, Corchado and fellow Mexico City compadres made their way to Chicago to continue working on his own band — the incredible The Chasm. The amazing thing about this record (and really metal in general) is it’s ability to almost create physical landscape in those aggressively distorted melodies. This band oddly shows that geography can be captured through sound. Envision Lovecraft through the lens of an Aztec sacrifice. The Chasm have enough eeriness for all eternity and a shredding old school Slayer vibe that is simply badass. Supremely headbangable, super dark, rawly produced, and melodically vibrant stuff.

My first time witnessing The Chasm was live with Macabre and 7000 Dying Rats at the Fireside Bowl in Chicago in the late 90s. The Chicago Mexican Metal Militia was in awesomely full force. Bullet belts, jean jackets, spikes, tons of leather, and patches out the fucking wazoo. I was floored by how aggressively The Chasm attacked things. The dark swagger, time-warped uber-metal visual, whirlwind of long hair, and broken English between songs forged a creepy, horrifying vibe. Fittingly, towards the end of Macabre’s set crowd surfers started tearing down the drop ceiling and things went rapidly South from there. Great fucking time and very rowdy crowd. Sadly, I think this was one of The Fireside’s last shows. Favorite Song: “At the Edge of the Nebula Mortis”