Deftones will be touring this spring with Dillinger Escape Plan.

Deftones are currently touring in support of their latest full-length, Diamond Eyes which was released earlier this year through Warner Bros.

We reported earlier this year: Deftones were dealt a major blow in 2008 when long-time bassist and friend Chi Cheng was nearly killed in a car accident, which left him in a coma. At that time, Deftones were just putting the finishing touches on a new album. Out of respect for Chi, the band decided to put that album on the back-burner and the fate of the band was left uncertain. After recalculating and regrouping the band decided to write and record a different album, which became Diamond Eyes.

“One Love For Chi” OFFICIAL Fundraiser Website has been launched for semi-comatose Deftones bassist Chi Cheng:

Founder and friend of Cheng, Gina Blackmore has issued the following statement at Oneloveforchi.com:

“As you may or may not know, Chi Cheng (bass player of Deftones) was in a car accident in November 2008 and is currently in a “minimally conscious” state. I launched this website to help raise awareness on Chi’s condition and much needed funds to help Chi get the best possible care available and to provide for his personal needs. All donations are transferred directly via PayPal.com to the “Chi Ling Cheng Special Needs Trust”. Thank you for your support.” 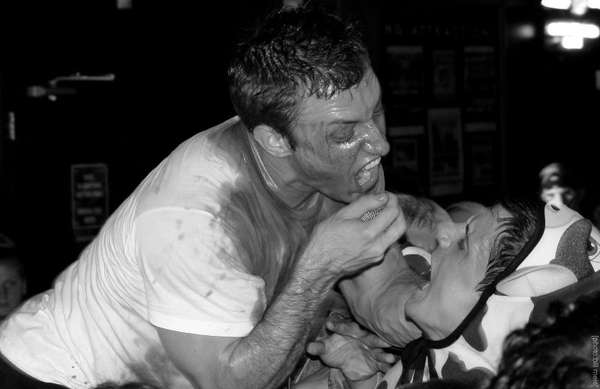 Dillinger Escape Plan will be touring in support of their latest full length album, Option Paralysis, which was released earlier this year through Party Smashers Inc., their own new imprint in collaboration with French record label Season of Mist.

Recorded with longtime collaborator Steve Evetts, and first time recording with drummer Billy Rymer, Option Paralysis has been hailed as one of the best albums of 2010 by fans and critics around the globe. The band’s patented mix of high-octane, jazz-influenced math metal has never been more poignant and well-delivered.

One of the most promising tours to be announced for 2011. Let’s hope the opening acts are worthy.