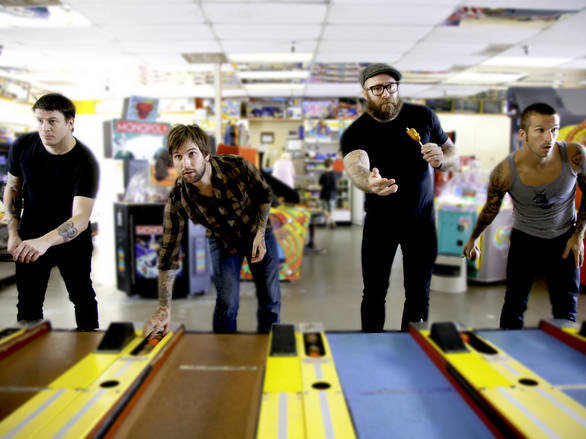 Watch this charismatic quintet in their weekly antics as they trek across the US on the current Vans Warped Tour 2010. Band members Keith and Jordan Buckley, Josh Newton, Andy Williams, and new drummer Ryan Leger are joined each week by a rogues’ gallery of characters that span the gambit from Charles Barkley to tour roadies.

VANS has just posted Episode 2 today! Need a quick pick-me-up on the reg? Look no further than Shit Happens: The Series?

For all of you ETID fans just tuning into Blow The Scene for the first time – Check out the Exclusive Interview we did Jordan Buckley last month where we covered the launch of his new clothing line Jordan Buckley Worldwide.

The Official Trailer for Shit Happens: The Series?