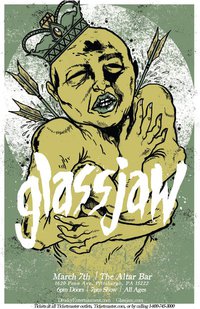 As all the Glassjaw fans out there know, the band is back on the road after a several year hiatus and a self-imposed media blackout. BTS’s goliath Assistant Editor caught their show at Pittsburgh’s Altar Bar last week. Photographer Ashley Ryon, who we interviewed a few months ago, also happened to be there. Check out a fresh six-pack of exclusive pics courtesy of Yinzer Party and be sure jump over to the site to check out the rest.

And now a random, personal bit of rambling from Andy…

I thought I’d break from journalistic norms for once and share a bit about my experiences with this band. The last time I saw Glassjaw was in the winter of 2002 or 2003 (not sure which side of the New Year) at the venerable and sadly deceased Club Laga in Pittsburgh. The details that I can dig from the cobwebs on my grey space are as follows:

The Blood Brothers opened the show with their spastically flamboyant, screaming duet, which now strikes me as borderline obnoxious but was fresh at the time. The Wesley Eisold-fronted band American Nightmare (possibly under the moniker American Nothing) played second. Having seen this band at the pinnacle of their madness makes hearing Eisold’s contemporary New Wave project Cold Cave on TV commercials even more bizarre (don’t misunderstand my intentions – it’s catchy material). Coheed and Cambria was on deck before headliner. This was around the time that Second Stage Turbine Blade was still hot of the press and In Keeping Secrets… was on its way. And yes, Claudio’s hair was just as amazingly caveman-like back then. From what I can remember, Glassjaw’s stage presence was wild at that show despite the fact that the crowd was a mix of hardcore kids there to see AN and Thursday-era scenesters there to see the headliner. Since that Laga show, I crossed paths with Daryl’s dancetastic side project, Head Automatica, at two shows at Cleveland’s Grog Shop, but those stories are for another day.

Nearly a decade later, Glassjaw still packed the house. Daryl Palumbo and company look as young as ever, but admittedly their sound certainly has aged. This raises questions as to the group’s relevancy after the early 2000s, but regardless of critics perceptions – their presence and demeanor on stage still speaks volumes. They opted to use two large LED panels instead of the venue’s in-house lasers, which turned the band into dark silhouettes flailing like vampires in sunlight. They slugged their way through all of the classics from Everything You Ever Wanted to Know About Silence, Worship and Tribute, and recently minted jams. It’s good to have you back, Daryl. Now tell us more about that new Head A album. 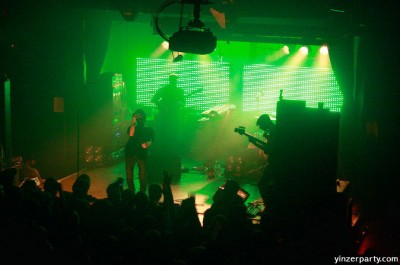 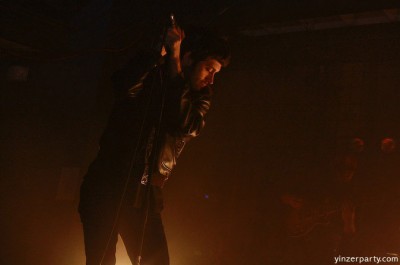 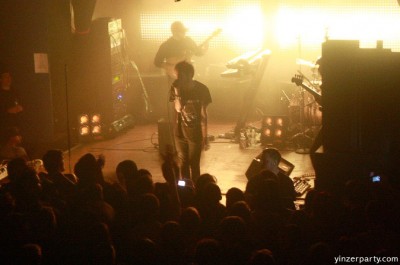 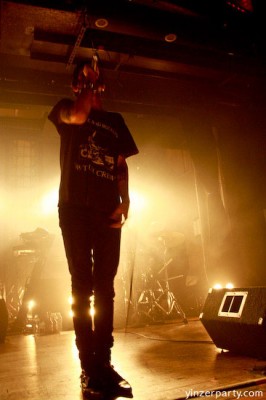 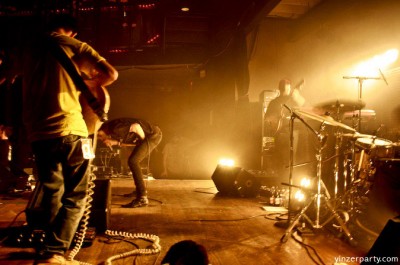 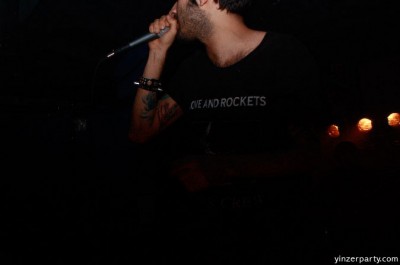 Please visit YinzerParty.com to see the rest. Also, enjoy this old video we found of GJ at Club Laga in 2002.