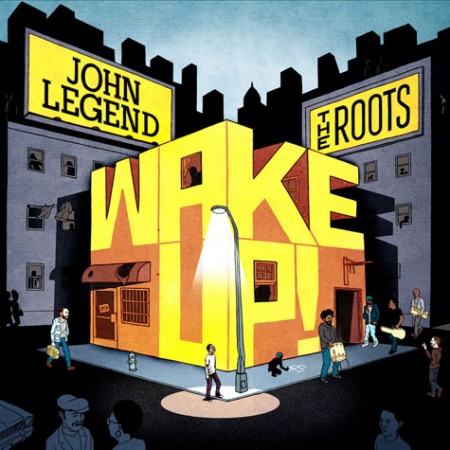 Social unrest has been a prevailing motif in the US since our inception. This unrest has become so metabolized into the system that most of us don’t find anything out-of-the-norm with two ongoing wars, dilapidated neighborhoods, crumbling schools, joblessness, drugs, crime, and the plethora of social ills that plague our communities. Currently, more and more parallels are being being drawn to the 60s and 70s Vietnam-era of social unrest. But unlike the 60s and 70s, most pop artists are staying as far away as they can from political themes. We’re in the midst of the so-called “Great Recession” and walking the streets of just about any major city, one doesn’t have to look far to see that for the daily life of your average individual, this slogan is simply a euphemism for our current depression.

Leading up to Obama’s election in 2008, many pop stars were dropping tracks of social awareness and fanning the embers of hope into flames of excitement for what Obama’s presidency could mean. Once Obama took office there was a sense of “whew, we did it,” and social themes got turned down or off completely by main-stream performers. Now 2 years after Obama’s election, the game remains unchanged.

John Legend is voicing his social commentary through covers of 60s and 70s songs by a wide array of artists that touch on elements of soul, gospel, hip-hop and more. Legend decided to recruit the Legendary Roots crew from Philadelphia, to lay the the foundation for his new cover album, Wake Up! released September 21, 2010.

Legend began crafting the covers for Wake Up! over a year ago with The Roots drummer and composer ?uestlove. What originally started as a possible jam for one single, morphed into a full-fledged project. 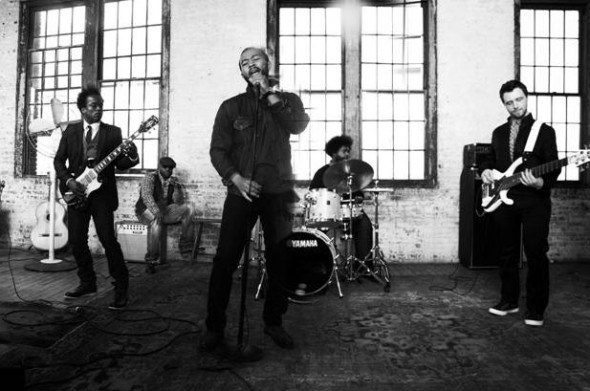 Musically, Wake Up! is damn near bulletproof. John Legend delivers a wide array of vocal approaches that range from his usual soulful inflection to grittier elements that see him leave his comfort zone. The Roots are on the top of their game with a chemistry and organic flow that can rival the sound of any live hip-hop or soul band, past or present. It’s not just a catchy moniker, The Roots have truly achieved legendary status and have made an indefinable impact on the future of hip-hop and live music as a whole. The Roots have continued a prolific output of material as they released their 9th full-length studio album, How I got Over, just months ago.

Wake Up! begins with a cover of “Hard Times”, originally by Baby Huey & The Babysitters. This modern composition is one of standout tracks of the album. The added usage of flutes and a thick hip-hop back beat builds a brilliant foundation for The Roots to lay ridiculously catchy guitar licks, poignant lyrics by Black Thought, and cutting edge production. “Hard Times,” saw its original release following the death of Baby Heuy at the young age of 26 after long battles with obesity, glandular disease, and drug addiction. “Hard Times,” was truly a product of hard times and has been sampled by hip-hop artists such as Ice Cube and A Tribe Called Quest. Despite the original album The Baby Huey Story: The Living Legend being overlooked by the mainstream during the 70s, it is now considered a soul classic and this newest rendition will surely have fans looking to past.

Other standout tracks included “Little Ghetto Boy,” where Roots Vocalist and front-man, Black Thought delivers a well crafted and personalized hip-hop spin on Donny Hathoway’s classic soul track from the 70s. The musical foundation is seamless with percussion, keys, and bass molding a dense framework where we see Legend leave his comfort zone to fulfill the edgy, raw emotion of the original track.

“Humanity (Love the Way It Should Be)” is the most far-reaching and experiential cover on the album. Originally performed by The Royal Rasses, a Jamaican Raggae outfit of the 70s, both The Roots and Legend enter new musical territory that is immediately engaging. This track sees Legend stretch further from his soulful comfort zone and deliver some poignant high notes while The Roots keep an authentic reggae back-beat and sonic presence that keeps the album fresh and urgent.

There is always going to be an inherent irony about any “pop” act performing “socially-conscious” songs, because one can never get around the fact that “pop-culture” often contributes to the very ills it’s speaking against. NPR was quick to point out that the only smash hit cover is, “Eugene McDaniel’s protest song “Compared to What,” recorded in 1969 by Roberta Flack and appropriated in 2003 by Coca-Cola for a commercial starring Common (who, ironically, appears on Wake Up!’s title track).” And we don’t need to talk about the irony of one of the world’s largest credit card companies “presenting” John Legend & The Roots – Wake Up: Amex UNSTAGED, which is featured below.

Irony aside, this album is eargasmic and deserves the full attention of John Legend, Roots, and live music fans from that run the gambit of soul, funk, reggae, and hip-hop. A true gem of 2010.

You can stream Wake Up! in it’s entirety at John Legend’s Official Website with link for purchase. Enjoy.