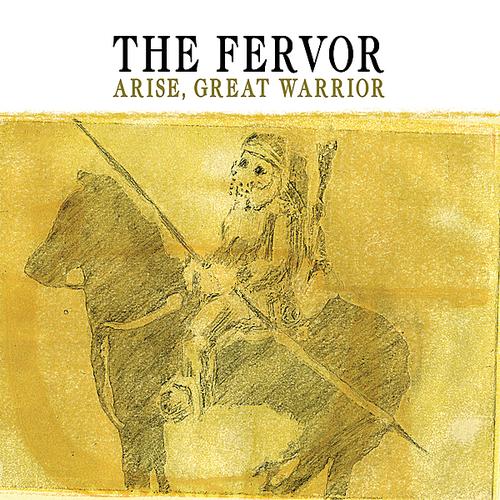 “By the time you see the sun, you’re already on the run,” sings vocalist/keyboardist Natalie Felker on the title track, which begins with a lonely sounding piano much like the opening track, “Moment of Truth,” on their last release. Natalie alongside her husband and bandmate Ben Felker (guitar) have spent the last few years bringing their combination of shining vocals, twinkling piano, and bursting guitar to the American landscape. The two have since enlisted bassist Michael Campbell and drummer Mat Herron to cruise along with them down the “three routes from the North to the South.” 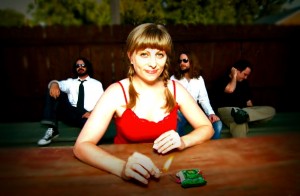 The sound dynamic – spousal or otherwise – is an interesting aural mix that blends Felker’s lighthearted ivory tickling with punchy guitars and an appropriately mellow rhythm section. Tracks such as “Crazy for the Feeling” layer on chorus effects to generate a thicker sound than previous achieved on 2007’s Bleeder. Felker continues to expound of her theme of transient travel, singing: “Golden aura on a wave of paranoia/I can feel it laying tracks down in my head.” The his-and-her audio battle continues on “Loaded” – a song with an upbeat piano-driven melody that could easily serve as the background music to a dark carnival, which runs into a wall of dense guitar work. The song is ominously fun with lines like “Let’s get loaded/I’ve got mine and you bring yours.”

As the album begins to wind down on the ensuing tracks, it sprinkles on a touch of alt-country flavor that brings to mind Or, The Whale – a possible byproduct from recording in the Bay Area. Carrying on this Northern Pacific influence is “Lead Me” – a song that could easily hide itself amongst Heart’s back catalog with no one being the wiser.

At the end of the road, this album is paved with pleasant melodies and well executed contrasts that arise from marriage of piano and guitar. Mindful listeners who are daring enough to scratch the surface will be rewarded by the murkier lyrical undertones that accompany the band’s true indie craftsmanship. Arise, Great Warrior gets a bit slow at times, but maybe that’s what we need – to slow down and enjoy the ride regardless of which direction it takes us.