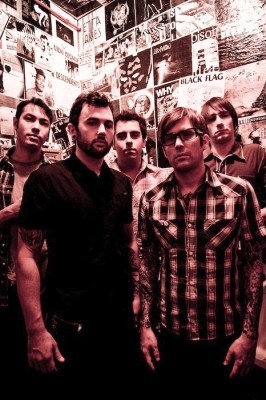 
The Riverboat Gamblers have been known to take expectations, light them on fire and throw them out the proverbial window. The Austin-based Indie quintet first sprouted in 1997 with every scheming intention to be the new and improved Candy Snatchers, a band whose songs revolved solely around drinking, drugs, and other various sins with tracks entitled “Drunken Blur,” “Kill’ My Buzz” and the ever-popular “Sauced Again.”


Riverboat Gamblers blasted into the house party and college scene ready to eschew the mainstream music scene six ways ‘til Sunday with a set list grounded in drinking, drugs and, unsurprisingly, gambling. The group’s first two albums – their 2001 self-entitled debut and their 2003 sophomore Something to Crow About – as well as their killer performance at South by Southwest in 2003 snagged the group a record deal with Volcom Entertainment.


Between SXSW and their stint on the 2005 Warped Tour, which has been described as nothing short of deranged, Riverboat Gamblers has made quite a name for itself over the past several years. In 2007 vocalist Mike Wiebe brought the show quite literally to his SXSW audience, as he belted out the songs while clinging to the rafters above the crowd.


Two Riverboat Gamblers have taken this “go big or go home” attitude to heart with side projects, Broken Gold and High Tension Wires.

Broken Gold
Fronted by Riverboat Gamblers guitarist Ian MacDougall, Broken Gold first came to be when he teamed up with former Gamblers bassist, Patrick Lillard, and threw Richard Cali in on the drums. The trio’s album Recovery Journal on Volcom Entertainment refers to MacDougall’s own journal, and some of the lyrics are taken directly from what was penned within.


In October 2009, MacDougall was rocked by a traumatic accident, in which he was struck by a car and hospitalized with injuries so severe that they threatened his life and his career as a musician. Metaphorically raising a middle finger to the doctors who said that he wouldn’t be able to play again, Recovery Journal serves as both a kick to the face and the ice pack afterwards with a collection of fearsome anthems that deal with the recovery from any or all of life’s unforeseen catastrophes. From start to finish the record spans almost every possible painful experience or worse case scenario – from heartbreak to addiction and the joylessness of living at home – and lays in a positive spin with a hint of thrilling punk badass-ness. 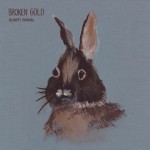 Recovery Journal opens with a fierce upbeat number, “Ambulance Faces.” With lyric passages like “Here’s what I remember from one of the nights that I almost died; There’s two. It was late at night riding my cursed green bike; I saw the stars and was hit by a car from behind” delivered in a gritty whine, MacDougall effectively rips a hole in his chest in order to show his hurt in complete honesty with just a touch of sarcasm and bitterness.


Broken Gold doesn’t hold back their blatant theme of random calamity. “Locked Out” is a plucky and energetic track that shockingly puts a positive twist on being stranded in the streets of New York City barefoot in the middle of winter, while the rest of the city is safely at home and toasty warm. A ballad of sorts, “Mirrors” is one of the most emotion-packed pieces on the album with exquisite lines like “I looked in the mirror for a second; Realized I didn’t like what’s in it.” And “Sway” is a true gem with meandering guitar sounds, a pulsing beat mixed in with simplistic but eloquent vocals.


For inspiration, Broken Gold appear to call upon the old-school musical muses – Springsteen, The Clash, Big Star, The Who, The Smiths and New Order – whose influences are glaringly evident in the band’s ability to seamlessly meld hefty guitar rifts with powerful vocals without going overly over-the-top.


Recovery Journal mixes up a new recipe for a great recording: catastrophe, long-time friendship and sick musical talent. Emboldened by resilience and unwavering support from their fans, these Texan punks finally answered the call from devoted locals for a full-length album.

High Tension Wires
When Mike Wiebe isn’t hanging from the rafters or belting it out with his Riverboat Gamblers buddies, he lends his pipes to High Tension Wires, another Austin-based rock group with Marked Men’s Mark Ryan as well as Chris Pulliam, Daniel Friend and Greg Rutherford. Their third full-length studio album on Dirtnap Records is entitled Welcome New Machine. 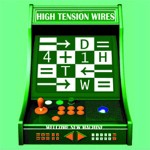 In 2004, HTW had an unfinished demo in the works and a record deal with Dirtnap without ever having played a show as a whole unit. After a little fine tuning in the studio, the band emerged with their freshman album, Send a Message, a timeless example of snappy punk-meets-pop à la Scared of Chaka. Two years later, the band released Midnight Cashier, an album with a darker, more bizarre hue than the previous.


Welcome New Machine is a perfect amalgamation of HTW’s previous two records that unites the hard rock edges of Send A Message and incorporates the unique nuances of Midnight Cashier. With 12 tracks, none of which exceed three minutes, Welcome New Machine pushes punk out from the garage, blends post-era and new wave together and establishes the new soundtrack for punk ragers and hipster dance parties alike.


Songs like “Get Weird” and “Backbone” epitomize punk fury with a flurry of strained wails from Mark Ryan set to an invigorating upbeat. Although the piercing guitar rifts in “Lose Face” are good, it’s “The Secret of the Hydrogen Bomb” that truly stands out as an example of unadulterated punk with its ripping sounds and bizarre theme to boot.


Although High Tension Wires remains primarily a studio-based talent with only ten shows to their name, it’s hard to ignore such a talented group of musicians when they come together simply to jam and have fun with music again. Between Mike Wiebe’s endless supply of strange and artful lyrics and Mark Ryan’s amazing ability to belt them out, Welcome New Machine hardly withers on the vine.