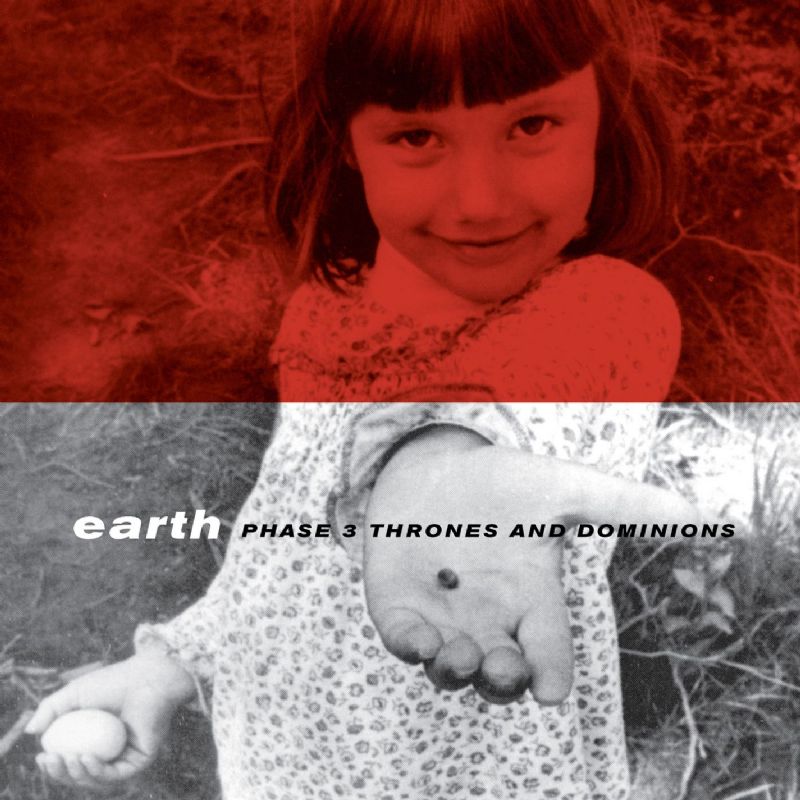 The Tapes Your Mother Laid Out for You
Vol. 7
Earth
Phase 3: Thrones and Dominions
1995
Drone
A.W. Miller

It is almost pointless to try to describe Earth because sometimes you wonder, “is this even music I am listening to?” Many an Earth review (mostly from Encyclopedia Metallum, if I recall correctly) have traded off lengthy descriptions for phrases like, “it’s about the feeling, anyway.”

Earth has received a lot of favorable reviews on their new, twangy, country-tinged drone on Hex and even more so on The Bee’s Made Honey in the Lion’s Skull. But I’m not going to talk about those. Before that, Earth was essentially just Dylan Carlson, a Seattleite on Sub Pop who didn’t play grunge, and some session musicians playing very slow, down-tuned drone, often times without the use of percussion. Allmusic’s reviews of this style are almost universally terrible, except for Earth 2, which I don’t think is nearly as interesting as Phase 3. This is some of the moodiest stuff Carlson has done. If you can get through “Tibetan Quaaludes,” the second track and my least favorite despite the title, without being entirely fed up, you will end up wholly enjoying the album.

Related Items:drone, Earth, Earth, Sub Pop, The Tapes Your Mother Laid Out for You