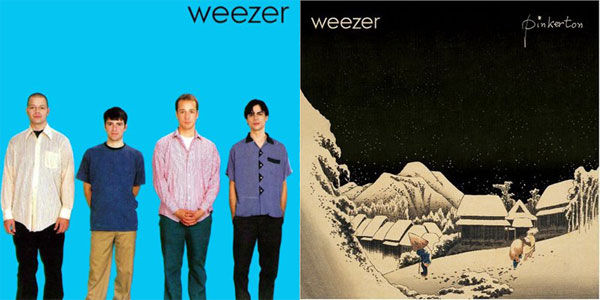 As promised in our previous Weezer post, we’ve been keeping an eye on the band and it’s now official.. Alternative rock legends, Weezer have confirmed through Epitaph that the “Blinkerton Tour” is now a reality as their latest LP Hurley, hits stores today!

“For their Red Album in 2008, Weezer invited YouTube stars to be in their video for “Pork and Beans.” The inclusion of such Web celebs as Tay Zonday (“Chocolate Rain”), the Numa Numa Guy, and the melodramatic Chris “Leave Britney Alone” Crocker struck a chord with the viewing public, as well as the media, and ultimately led to the Weezer clip winning a GRAMMY for “Best Shortform Music Video.” Two years later, the band has decided to turn the tables by making themselves available to leading YouTubers for inclusion on their channels. Today, on the release date of Weezer’s new album Hurley (Epitaph, Sept. 14), a de-facto Weezer-ization of YouTube is in effect, as all the participating videos are being featured, in rotation, on the site’s homepage all day.”