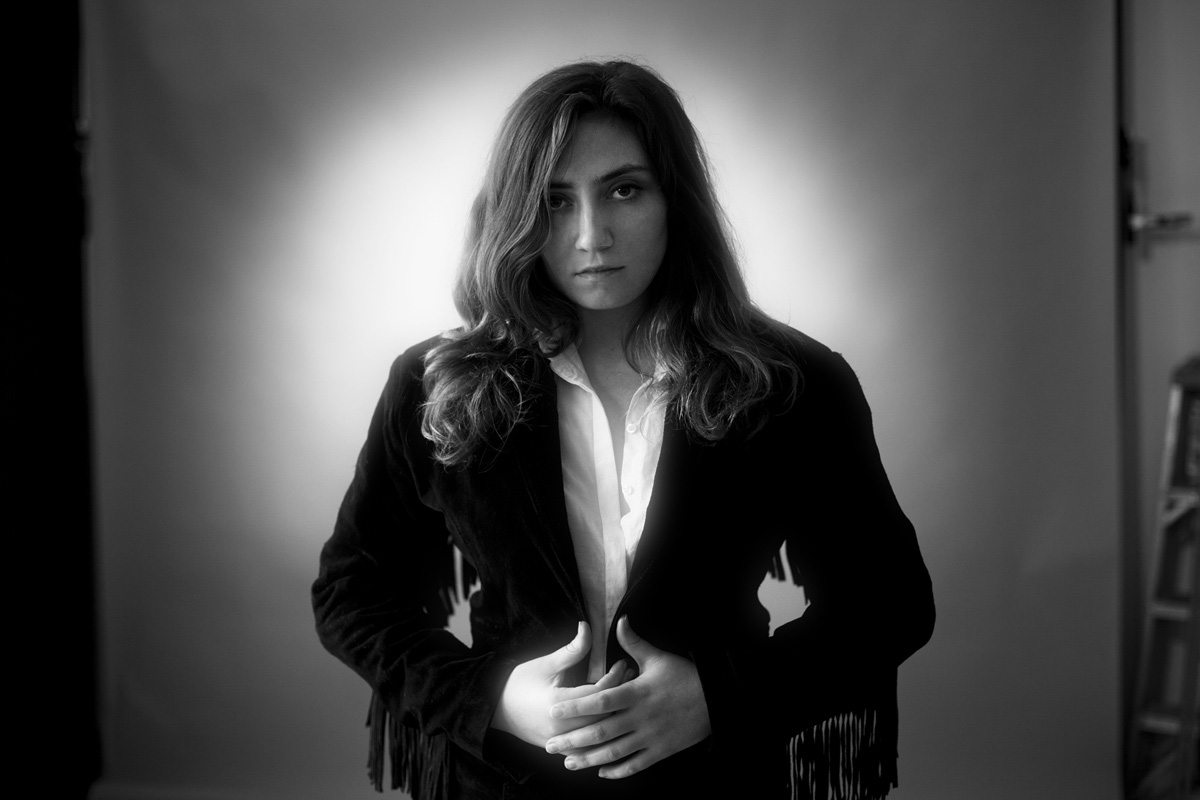 Brooklyn-based songstress Anni Rossi doesn’t take the easy road when it comes to crafting her own brand of minimalist electro pop. Instead of relying solely on electronic instrumentation, she plucks and strums at an unlikely wooden companion – the viola. This classical instrument transforms into an entirely different beast on her second album Heavy Meadow thanks to some rock ‘n roll innovative amplification.

“When it came time to make the record, we realized that we had pushed the viola into this guitar role,” Rossi says. “So it was kind of like a rock pop album with the viola forced into the role of sometimes the bass, but mostly the guitar parts. It’s not really meant to be strummed like that and so it goes out of tune.”

Heavy Meadow, which is available digitally now, will be release on vinyl via Welsh label 3 Syllables Records on May 2, 2011. Rossi says she is excited about working with the Cardiff-based label because they released an album from Diane Cluck, one of her favorite songwriters. It appears that the adoration is mutual as the label’s Web site states that picking up Rossi is “the best thing to happen to us. Ever.”

Rossi and I are sitting in a storage space at the Glasslands Gallery in Brooklyn while another band goes through their soundcheck. The venue sits across from a sugar factory in an industrial area. There is no sign outside to welcome out-of-town patrons and the boom of a kick drum makes her soft voice a bit hard to her from time to time. Again, this goes back to not taking the path of least resistance.

“That last record was kind of more of a document of a lot of work that I had done on tour and even in high school I had written some of those songs and I wanted to document these art viola songs I had done at that time. I was able to do it live – like in two days. And so this is my first chance to really dig in and make a studio album.” 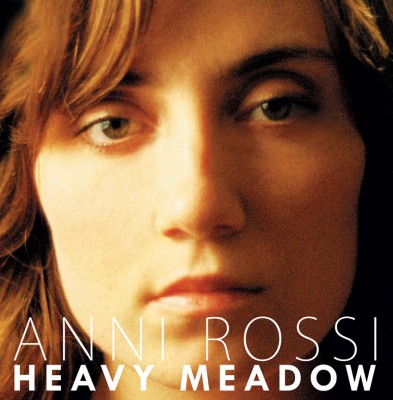 Rossi recorded Heavy Meadow with engineer Matt Boyton at Vacation Island Studios in Brooklyn. She explains that they were able to get a dry, electronic sound from the drums by cramming percussionist Devin Maxwell, brother of Rossi’s live bassist Ryan Maxwell, into the vocal booth. She takes a second to mimic the noise for me: “koo-kit-koo-kit.” This electronic style stands out on key tracks like “Crushing Limbs” and the sugary pop treat “Candyland.” Yet the drums aren’t the only uniquely recorded instrument on the record. Rossi zip tied a humbucker pickup underneath the bridge of her voila, which was also played through a Fender Twin amp. Unfortunately, this jerry-rigged set up doesn’t work live because she hasn’t found a way to ground it yet.

“It sounds really awesome, but we can’t figure out how to use it live because it just buzzes and hums the whole time,” she says. Rossi’s live approach is to exchange the buzz for fuzz by using an Electro-Harmonix Big Muff pedal to supercharge her viola’s sound, which she pipes out of the Twin’s sturdier sibling, the Fender Hot Rod Deluxe. “I also have an EQ pedal that’s actually really important because the viola is in a weird range and has too many dynamics,” she says.

It’s evident that Rossi and company take a problem solving approach to crafting her brand of music. “Besides the electronic synthesizers, everything else was handmade – it has the consistency of pop music, but there’s still its imperfections.”

This affinity for problem solving may have rubbed off from working with engineering mastermind Steve Albini while Rossi was living in Chicago after following a relationship from L.A. to the Windy City.

“He’s very good at solving problems dealing with his work,” she says. “We came in and we said we have two days to make this record and he found a way of kind of dynamically mic my viola. We put it through like a tiny Orange Terror head and a bass cabinet and then he had some ribbon mics overhead which gave the viola a dimensional sound, which I was really pleased with the viola sound that he got.” 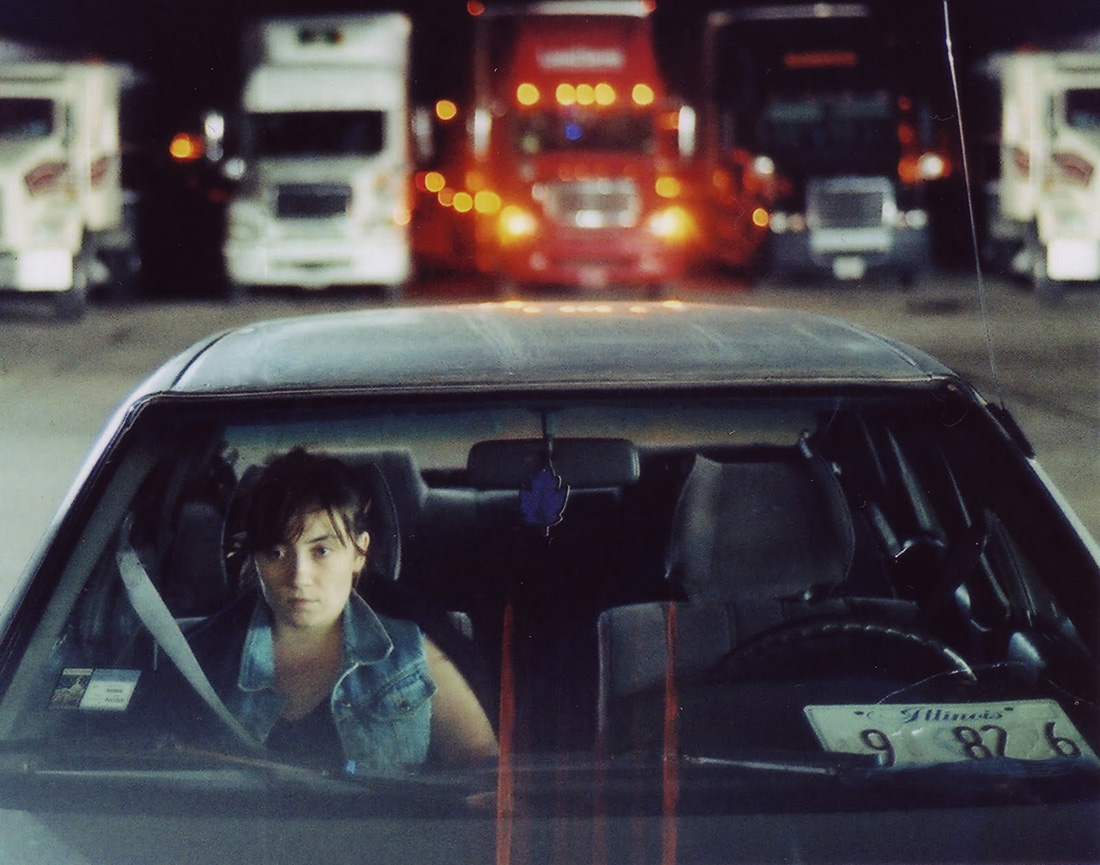 Rossi says she was able to focus on the performance aspect with Albini at the helm because she knew he would make it sound good despite the challenges. Rockwell was recorded live and serves as a document of Rossi’s artful pieces including ones written years ago in her home state of Minnesota. She says that when she wasn’t pushing the limits of her viola she had the opportunity to play some pool and bond with Albini over their Italian heritage.

Prior to working with Albini following a move to Chicago, Rossi kicked around the LA scene and attended Cal Arts for music. She since has become a Brooklyn transplant and has begun to feel at home. “I think I’ve found my spot for awhile,” she says. And while Rossi may be temporarily putting down some roots, her musical style is continually shifting. She explains that she started demoing for another record that swaps the distorted viola for more a more electronic sound. “I think I’ll just always experiment with my sound,” she says, her tone innocent and nonchalant.

Later that night, Rossi’s ethereal voice lifted the spirits of those in attendance higher than a half dozen of the four dollar pounders the venue’s bar was slinging. At times she battled to get the instrument back in tune. In the end, despite a few awkward silences and the challenges presented by the viola, which were truly a non-issue given the overall experience, Rossi’s self-made pop prevailed.