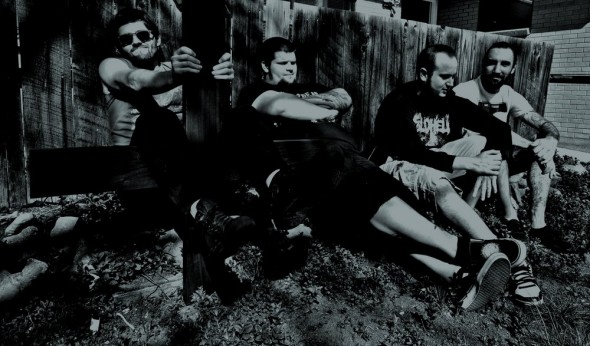 We are stoked to offer Blow The Scene readers around the world an exclusive interview and lyric video premiere by Denver grind punks, Call of the Void, as the band prepares to release a debut LP, Dragged Down A Dead End Path, on Relapse Records March 19th.

We caught up with Call Of The Void’s beat smasher, Gordon Koch who was kind enough to give BTS the skinny on the making of the new record, lyrical motifs, the Denver scene, signing to Relapse, tour plans, and the story behind this latest lyric video for song “Endless Ritual Abuse.”

Joshua BTS: Greetings! Thank you for taking time to answer a few questions for Blow The Scene readers around the World and debut your new lyric video with us. Let’s kick things off by having you introduce yourself and declare your onstage weapon of choice with Denver’s grind-infused hardcore punk outfit, Call Of The Void.

Gordon: Hey there! I am Gordon Koch and I play with wood sticks and smash things.

Joshua BTS: Call Of The Void is preparing to release debut LP, Dragged Down A Dead End Path, on Relapse Records on March 19th. Get us up to speed on the record. When writing and process begin? What does the process look like for Call Of The Void? Is there a captain of the ship that steers the direction or is it more of a collaborative effort?

Gordon: The guitarist Patrick and myself have been this “band” since 2007 and started writing the record in 2010. We have gone through a few members and even broken up but the core is Patrick and I. While most of the riffs come from guitar man, I piece shit together and our bass player Alex adds that one thing we can’t figure out. He has been crucial in that point since he joined in 2011. Our singer Steve writes most of the lyrics and is a buffer of “does this all flow right in the end”. Everyone is important now that the band is in full swing. 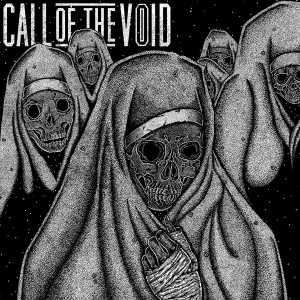 Joshua BTS: Where did you record this effort and with whom on the board? What does your recording process look like? Metronome fans? And do employ any unique amplification to capture those meaty tones?

Gordon: We recorded this record at The Boars Nest in Salt Lake City with Andy Patterson (Gaza, Iota, INVDRS). He is an old friend and has recorded all of our other projects (Black Sleep of Kali, Aberrant) so we have smooth and calculated recording process with him. This record was done in 2 and a half days with enough time to mix. I don’t use metronomes, never really tried them and I keep good time in recording. Andy has a wall of amps and cabs for bass and guitar so after drums are done you get to build your own monster rig. We use Verellen, Peavey, Sunn, Orange and Ampeg amps with Atlas cabinets for our sound.

Joshua BTS: How did you land on the artwork for the E.P.? Were you involved in the process?

Gordon: Our good friend Anthony Lucero from Gaza was kind enough to do the artwork for us. We just told him to listen to the record and paint what he felt, and Vuala! He does everything in Stipple (a bunch of teeny dots) so his artwork is super intense black and white work that we have loved for a while.

Joshua BTS: Tell us about the lyric video below. Let’s start with the track. Who was the main songwriter and describe how the lyrical motifs were inspired and developed.

Gordon: The song was written by both Patrick and Steve. Its about religious authority preying on the young and weak minded for personal gain. It is something that we see everyday and find revolting, so we made a song about it! Writing lyrics is frustrating because you want to speak your mind and be creative, but not sound cheesy. Most of the time we sit together and hash out ideas with the general theme until our brains go numb.

Joshua BTS: Why did you choose this song to create a video for and were you involved in the creation process?

Gordon: We actually had no idea they were going to choose this song. I feel like I don’t give this song enough credit so it has been really awesome to see that everyone else has been super stoked on it. We just woke up one day and the label said “hey, we made this for you and its cool.” and we were like “oh, no way! Tubular!” or something like that. 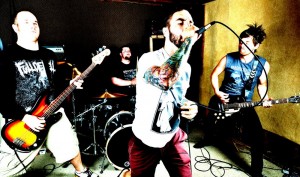 Joshua BTS: I’ve toured through Denver a grip of times and really dig the city. What are some of aspects of the extreme music scene that you find unique or pivotal to Denver?

Gordon: All of us have been apart of the scene for some time now so we have seen it change over the years. There were the bad years of the white belts and breakdowns, or when shit got kinda clicky and there were some scene snobbs, but all of those bands broke up or got fucked by their record labels and shitty kids moved away. Now we have a tight group of supportive people that are running venues, playing in bands and SUPPORTING each other. That shit is crucial! There are some battles to get on to sweet shows, but in the end everyone wants to see someone succeed. Little to no bad blood and the DIY venues always have room for your band on a show. I fucking love it. Anyone that says otherwise is a buttface, everyone is having a good time god damnit!

Joshua BTS: How did you come to link up with Relapse Records for your debut LP and how has the experience been thus far?

Gordon: We shopped the record to almost everyone (except Relapse haha) the summer of 2012. No one bit so we were going to self release. Drew from Translation Loss records hit us up randomly at the end and wanted in on it, to which we said “hell yeah!”. In the conversation he said “hold on, I want this to get the love it needs. Let me see if my job (production at Relapse) wants to do this”. He took it into the office on a Tuesday to show everyone and Wednesday morning they called us up. Working with Relapse has been awesome, which is a big relief. Patrick and I have experience being on a label that doesn’t like you and its a total bummer. They are super supportive and understand when we get excited or nervous about shit. Everything we could have ever asked for! 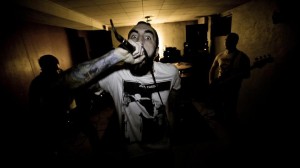 Joshua BTS: Any stops on your upcoming tour that you are particularly looking forward to?

Gordon: This will be my first time at SXSW so that is really intense. I have never toured to the east coast so its rad I get to see all the parts of the country I have never been to. I am really pumped for Baltimore the 22nd because I have a few friends that I get to see and the show has a retarded lineup (Fortress, Ambassador Gun and Passage Between) located at the Side Bar which is where they filmed all the bar scenes from The Wire… Nerd shit.

Joshua BTS: What does Call of the Void have on the plate as we head into the Spring of 2013.

Gordon: After this tour we have some festivals in the works for the summer and then planning out a fall west coast tour. We have also started writing the next release so we should hopefully be hitting the studio in early 2014!

Joshua BTS: Thank you kindly for taking a few minutes with our readers from around the World today- Any final thoughts till next time?

Gordon: Thanks for having me! Things are on the up and up so hopefully we can continue giving hugs and playing sweet jams to everyone across the US and the world!

Pre-Order Dragged Down A Dead End Path at Relapse Records