Jacksonville’s Straight Edge Warriors, Casey Jones are set to release their third and final record, I Hope We Are Not The Last on January 11, 2011. This forthcoming release finds the band comfortably striding into what is easily the most solid offering of their 8-year career with 10 seamless tracks of crisp, hardcore goodness. Standout songs “Hammer the Nails,” “Between the Devil and The Deep Blue Sea,” and “Birdman Got Hit By a Trolley (AAA),” are sure to keep the knuckledraggers swinging across the Globe with smoking riffin’, crushing vocals, and meaty 2-step drumming that sees the band reaching new heights of sonic maturity. I Hope We’re Not Last was recorded almost 3 years ago as Casey Jones was still working with Eulogy Recordings. After numerous setbacks and delays with the label, the record may have never seen the light of day until Josh James and the band decided it was time go back to their DIY roots and release the album through his management company The First Division. I Hope We are Not The Last, apart from its gigantic musical presence, offers leitmotifs of textured guitar melodies which serve as solid foundations for singer Josh James to deliver poignant and emotional vocal deliveries, touching on a wide array of emotions surrounding the positive and negative aspects of change. Fans of Casey Jones will undoubtedly find this to be a bitter-sweet release, as the band has truly saved the best for last.

Blow The Scene Editor, Joshua T. Cohen recently caught up with Casey Jones singer and front-man, Josh James for an exclusive interview as he discusses the making of I Hope We Are Not The Last, tour plans for 2011, favorite comic book characters, and more! Casey Jones have also offered a exclusive stream of song, “Butt Hash” from their forthcoming album for BTS readers! Enjoy!

Joshua BTS:Greetings! Thank you taking time to answer a few questions for Blow The Scene readers around the world.

Let’s begin with a proper introduction and have you introduce yourself and declare your weapon of choice with Straight Edge powerhouse Casey Jones.

Hi, my name is Josh. I sing for Casey Jones.

Joshua BTS:Get us up to speed on your forthcoming and final release I Hope We’re Not The Last which drops January 11. What led to the decision to do a self-release and make it your final?

Josh James: I Hope We’re Not The Last will be Casey Jones third and final release. We’re releasing it through my management company, The First Division. After abruptly splitting with Eulogy Recordings in 2008 we decided it would be easier to not have to deal with the day to day bullshit of a label and to just keep it DIY. I’ve personally always wanted to release a record, so I guess it’s an opportunity for me to mark something off my bucket list. The band has never been full time, which has made it more light-hearted and kept it fun with all of us. We are all at a point in our lives where we are getting more and more busy with other projects, school, work, etc so we felt that we had three options. 1. Break up after splitting with Eulogy 2. Continue being a part time band and drag on and on 3. Release a final record, do some final tours and go out with a band. Obviously we chose the ladder. 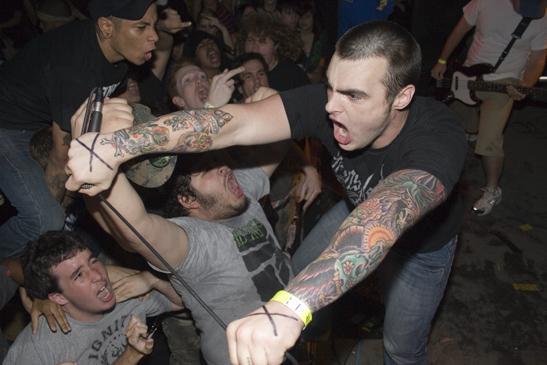 Joshua BTS: What did the writing process look like for Casey Jones for I Hope We’re Not The Last? I know you’ve been sitting on this release for some time because of delays at Eulogy. Are all of the tracks several years old on this forthcoming release? Where did you record this album?

Josh James: A majority of this record we wrote in 2008. I think we had about 15 songs ready at that time. After sitting on them and making the decision to do this record we took our favorites from that batch and then wrote a few more to fill out the record and make it a smooth operation. As far as how we write the songs, we usually take some dice, roll them around in a hat and then pick our riff combination from the 5 dice we roll. That’s why our songs are so simple and straight forward. Dice don’t lie.

Joshua BTS: This final recorded effort has to be somewhat bitter-sweet. The new record finds Casey Jones as musically tight and proficient as ever. I Hope We’re Not the Last is a blistering offering that will surely translate into some fantastic final tours. Can you share your 2011 tour plans?

Josh James: Ha, yeah it is for sure bitter-sweet. We should have just make a terrible record so everyone would be glad that we’re breaking up. Haha. I think when listeners get this record their going to be blown away if not pissed that we saved our best for last. As of right now we’re doing a short run with H2O and Comeback Kid which is followed by an East Coast tour with Death Before Dishonor, The Mongoloids and Hundredth. Hopefully the summer time will host our final North American tour. We want to make sure we get to places that we have always neglected in the past, like Eastern Canada and the North West of the US. We will also be planning a final European run and hopefully Australia as well.

Joshua BTS: The straight-edge theme is prevalent throughout I Hope We’re Not The Last as with your prior full-lengths. Any themes on this forthcoming album that saw you step out of your comfort zone and breech new territory?

Josh James: Straight Edge has always been a lyrical topic for us. On this record I approached it a little different talking about a topic like addictions without every mentioning the words Straight Edge. There are still some very straight forward Straight Edge lyrics like the opening track “Hammer The Nails.” Other topics are isolation, struggles of growing up, friendships fading away, and basically about change. I think the theme of this record in some ways is the idea of change, positive and negative.

Joshua BTS: Do you think you’ll be able to hang it up after such a big year in 2011? I know your fans are hoping for an indefinite continuation.

Josh James: I wish we could but I’m pretty sure that this is the end. It’s time to close this chapter of our lives. 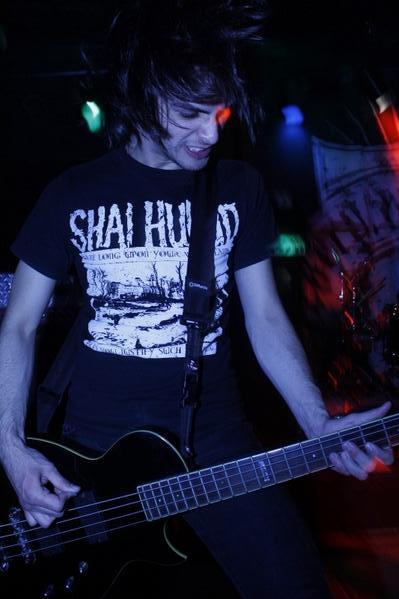 Joshua BTS: Will the individual members of Casey Jones continue to pursue other projects throughout 2011 and beyond? Can you give us a run through of some of these other projects and what fans should expect?

Joshua BTS: Any bands out there right now, straight-edge or otherwise, that you feel are really carrying the torch for extreme music with a serious and positive message?

Josh James: Hour of the Wolf is probably one of the best bands that I’ve got into over the last 5 years. They have great energy and have a real sincere feeling.

Joshua BTS: Casey Jones has been a staple of the hardcore straight-edge movement almost since your inception. What are some other causes/movements that you support and think more people should be paying attention to as we enter 2011?

Josh James: Gay Rights, Women’s Rights and better Health Care. There are a lot of things wrong with this world. If we could treat each other with more respect by bettering people’s lives instead of destroying them then we would end up in a better place.

Joshua BTS: What do you think you’ll miss the most about Casey Jones when you call it a day at the end of the year?

Josh James: Getting in the van with good friends and not having a care in the world. It seems like no matter how bad a situation is the members of CJ have always been able to smile, laugh and make do. 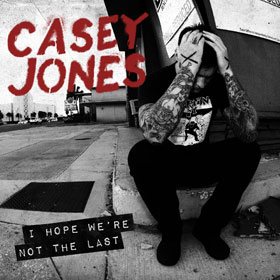 Click Icon to Play Exclusive Stream of Casey Jones‘ “Butt Hash” from forthcoming release I Hope We Are Not The Last.
Download Casey Jones – “Butt Hash”