New York based three-piece Grandfather, has been creating quite a buzz with their self-described “dynamic, intense and violently rhythmic psychedelic flavor of rock.”

Many new listeners were turned on to the band when legendary producer Steve Albini, had this to say in a recent interview with GQ, “There was a band that came into the studio a while back called Grandfather. They were an art-rock band that organized the funding of their record through Kickstarter. They were really well rehearsed and came into the studio and knocked the record out in a couple of days… That’s the kind of nimble, efficient behavior that was previously impossible when there was a corporate structure involved. It gives me confidence other bands will figure it out.”

Grandfather are currently offering their latest full-length recorded effort, Why I’d Try, for free download via Grandfathermusic.com which has been received with open arms by fans and critics alike.

Blow The Scene Staff Writer Adam Rauf recently caught up with Grandfather guitarist Michael Kirsch for a Q & A session!

Adam BTS: What brought all you guys together?

Michael Kirsch: The three of us had played together in another band. That band eventually fell apart, though it didn’t stop the three of us from making music together. Our chemistry allowed for us to create music collectively and communicate ideas more effectively. Grandfather is the result of a genuine collaboration. There is no single songwriter in the band.

Adam BTS: Who are your biggest influences in songwriting?

Michael Kirsch:As a band, we are drawn to music that is dissonant, abrasive, and dark, yet melodic. Portishead, The Cure, Sigur Ros and Radiohead all come to mind. Music allows us to confront subjects that are difficult or uncomfortable to ordinarily deal with.

Adam BTS: What made you want to record with Steve Albini?

Michael Kirsch: In a nutshell, Steve’s approach to recording fit our ideals, strategy and budget. We were attracted to his no-frills, all-analog approach. From a purely sonic standpoint, I think he makes some of the best sounding records. Although he is pigeonholed as the champion of heavily distorted alternative rock, he has done amazing work outside of that genre. Listen to “Things We Lost In The Fire” by Low or “The Blackened Air” by Nina Nastasia. They sound brilliant. 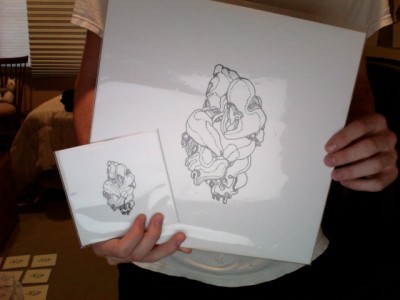 Adam BTS: What was it like to record with him and Bob Weston?

Michael Kirsch: At first it was a bit surreal. We have a deep reverence for their work, and felt incredibly inspired by their presence and being in their studios. Every moment was an opportunity to learn something new, and also demystified their process of engineering. Most of all, their dedication to getting the work done on time was inspiring. We are looking forward to working with them again.

Adam BTS: Do you feel like it was a pretty relaxed situation, or was there a lot of rushing to get things done in three days?

Michael Kirsch: There were definitely moments of anxiety, and stress. The sheer amount of time playing and listening to our music was fatiguing. Nevertheless, Steve was poised the entire time, and reassured us that we were always ahead of schedule.

Adam BTS: Was it cost-effective to record in the manner that you did?

Michael Kirsch: Yes. Most studios and engineers are not equipped to record and mix an album in 3 days. It’s common practice for bands to spend month’s multi-tracking their music at their home studio, and then spend exorbitant amounts of money hiring someone to mix it. Between the costs of working at Electrical Audio and the efficiency of the process, it was the best money we’ve ever spent.

Adam BTS: Are there any plans to leak out some of the old versions that you guys did pre-Electrical [b-sides and whatnot], or do you want to scrap them?

Michael Kirsch: I wrote an editorial for SonicScoop.com on the concept and process of making our record, and lent them 3 versions of “Tremors” to stream. The first is our home-studio version. The second is a “test mix” of that same home-studio recording, mixed by an outside engineer. The third is the official version, recorded at Electrical Audio.

We unanimously agree that the official Electrical Audio version is a much better representation of our vision. We do not have any plans to release any early versions of other songs.

Adam BTS: In terms of distributing music, do you think the ‘free download and then pay what you want’ model is an approach more bands could take?

Michael Kirsch: Digital music is essentially free whether you charge for it or not. I don’t think it’s prudent or realistic to expect to make money exclusively by selling digital music. For a new band like us, the most substantial profit is a growing audience. We wanted to make it as easy as possible for a new listener to add our music to their collection, and share it with their peers.

For us, the album is a promotional device, to increase awareness of our band and spread our music far and wide. We believe that if a listener likes our band, they will support us in other ways that are far more important to our longevity; namely becoming a loyal fan.

Having said that, I firmly believe in the importance of putting out a quality physical product. We are almost sold out of our limited edition vinyl run. CDs don’t really sell anymore. 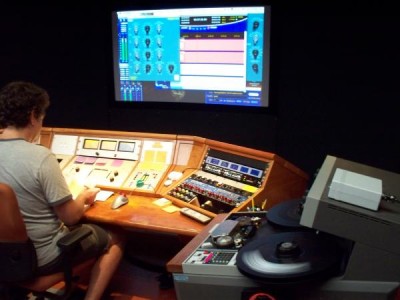 Adam BTS: Do you feel that people still like tangible things in their purchases? You know, cover art, posters, “extras”?

Michael Kirsch: For sure, any of these types of things add value to the buyer. I think in the future, buying an album will have relatively little to do with buying the music – that will be merely the tip of the iceberg. This is already happening. With the literal value of the music itself falling lower and lower due to filesharing and downloading, the focus will shift to creating unique products and ways of experiencing music.

At the end of the day, the music is the most important thing – it’s what we hold on to and remember for years to come. But, in terms of a product the “music album” has to evolve to demand a price that justifies its production – charging $14 for just the music is simply not viable to the world anymore. As someone who’s trying to make a living, it’s a bit terrifying, but terrifically exciting at the same time. I think the avenue is open to develop some genuinely new and unseen experiences for consuming recorded music that will combine the music itself and perhaps a physical product, or a unique interface.

Adam BTS: Did your music change much once you hit the studio? Or was everything pretty much “ready to go”?

Michael Kirsch: Everything was ready to go 100%. We knew we had no time to waste in the studio, and therefore spent months crafting our arrangements and working out all the kinks. We recorded full versions of our songs on our own time, to make sure we were happy with all the parts, and the album as a whole.

Adam BTS: Can you talk about the art that Kendra Elliott did for the album? As in, what was the significance of it compared to the album title?

Michael Kirsch: Sure. We commissioned Kendra to draw one image per song, as well as an image for the album cover. We asked her to interpret the music however she liked, and sent her all of our demos. We then chose an image for each song based on how we thought it related.

Our one limitation for her was to keep it black and white. Our goal was to let our music provide the color, and offer something stark visually in comparison. It was also cheaper to make the physical album art with just black and white – an externally-imposed economic limit that Kendra was able to turn into a beautiful artistic challenge. We think she succeeded wonderfully. 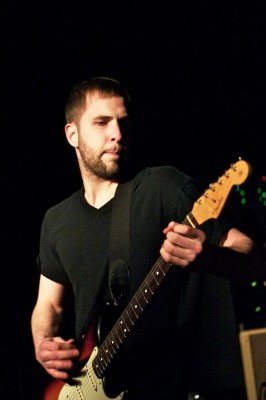 Adam BTS: When recording, were you more inclined to use mostly your own equipment, or were you guys excited to get your hands on the stuff at Electrical?

Michael Kirsch: The only musical equipment we used from Electrical was their bass cabinets, as Jon (bassist) broke his speaker the week before our session. Every section of our record calls for an extremely specific and deliberate sound. We had everything dialed in before hand, and blueprinted. There was no need to use any external equipment.

Obviously, all of the recording equipment was exclusive to Electrical. They have some of the best in analog gear. Every piece of equipment in that studio has a specific purpose, and Steve knows exactly how to use it.

Adam BTS: How’s fan reaction been to the release?

Michael Kirsch: It’s been overwhelmingly positive. I get emails and Facebook messages daily, asking us to come tour all over the US and overseas. We are currently in a tough position because we don’t have support to book lengthy tours and keep it financially stable.

Adam BTS: You guys push a good bit on social networks like Facebook. Can you explain the significance of how it impacted you personally, and how you feel it can be a tool for other up-and-coming artists?

Michael Kirsch: I think the most important thing for any artist is to communicate directly with their fans. Social networks remove the necessity of a middleman to answer questions and engage in conversations. We want to interact with our fans on a deeper, more personal and dynamic level. Social networking provides that connection.

Adam BTS: Are you guys content to continue self-releasing music or will you seek distribution in the future?

Michael Kirsch: Like any band, our goal is to grow musically and reach a larger audience. We would like to continue to release music in our own way, while also utilizing larger distribution methods and the help of other support systems. We are open to anything that enables us to make music and tour, providing that it fits within our framework, and the relationship is mutually supportive. No matter what, it’s important that we maintain a direct relationship with our audience and are able to release music on our own terms.

Adam BTS: When you guys hit the road, how do you keep yourselves entertained? Games, listening to new music, etc?

Michael Kirsch: I’ve got a massive collection of CDs, mostly from the early 90’s that get neglected while I’m at home, so those get some serious play in the van. Some of those records conjure up amazing memories. There is something about being on the road, feeling nostalgic for your youth that is incredibly satisfying. There is not much else I need other than a few good books.