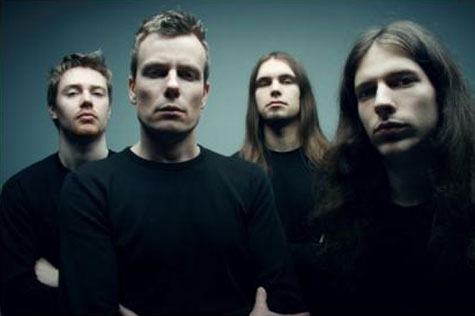 Metal intellectuals may want to bust out their philosophy text books before they listen to Omnivium, the latest effort from German death metal band Obscura. The album flies like a supped-up Benz on the Autobahnen – the ideal mix of speed and sophistication. Omnivium expands on the astrophysical themes from Cosmogensis all while melting your face like a collapsing quasar. BTS’s gargantuan Assistant Editor corresponded with the band’s vocalist and guitarist Steffen Kummerer through the wonders of cyberspace to bring you an in-depth look at this stellar new album. Omnivium drops on March 29, 2011 on Relapse Records.


Editor’s Note: Steffen’s grasp of English is fantastic – and although some edits were necessary – we chose to edit as little as possible to keep the integrity of his responses. If something sounds a little odd, just read it with a German accent. 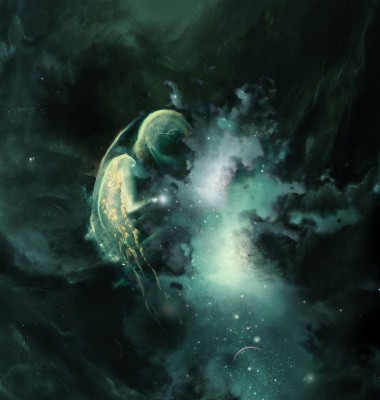 Andy BTS: Guten Tag! Please introduce yourself to all the metal heads on the other side of the Atlantic. Please state your name and weapon of choice on stage.


Steffen Kummerer: Hello, this is Steffen Kummerer, vocalist and guitarist of Obscura. I am the founder and only remaining original member of this band since 2002.


Andy BTS: On the surface, Omnivium is a well-constructed, technical and outright brutal album. Peeling back the obligatory layers of shred and dread – astute listeners may be surprised to learn how intelligent this record really is. It’s been stated in other interviews that the writings of German philosopher Friedrich Schelling were the conceptual basis for the album – specifically On Nature’s Connection to the Spirit World. American readers are more likely to have encountered the work of his university roommate Georg Hegel, or even more so with ethics of Kant. Could you elaborate a bit on why you chose this concept and what it means in relation to your music?


Steffen Kummerer: Well, basically I choose different topics for the lyrics than the ordinary zombie-slayer-brain-exploding-head-splatter death metal band with breakdowns and cookie monster vocals. If you play that kind of music, those lyrics fit well. We have the approach to write interesting music with the basis of prog and tech death metal with the intention to write good songs and arrangements with a certain flow. To sing about boobs and beer would never fit. So since the debut album, I started to combine philosophic topics I am interested in with the kind of death metal we create. During the previous albums, we already worked with the grand ideas of Trakl and Goethe among the idea to use Schelling’s novel you mentioned.


From my point of view, you cannot understand the whole of the album if you only listen to the music or just read the lyrics. The music influences the lyrics as the lyrics influences the music – while you try to understand the whole. There are a few out there who will get the whole intention; others are just interested in the music which is fine for me as well. In the end, all of those who just download an album will never have the same point of view, the same point of understanding that those who can enjoy the album as a whole. Especially the vinyl double LP edition, which is made for the real fans of music. If you just listen to a bad monostream on YouTube of a ripped link you may have found, you understand nothing. Most of the frequencies are cut above and below, the quality sucks and due the mono format the whole mix is busted. In fact, I want to create something special for those who really support their bands. That is why we put so much effort into the artwork, the band photos, the production and the very special lyrical-side of an album.


Omnivium is the second album of a concept that is built on four full length records. The first, Cosmogenesis started with the beginning of our existence, the big bang theory if you want to say so, and deals with different layers and synonyms on a philosophical basis. The second, Omnivium, takes part of the evolution in many different layers such as the basic ape to human thought, religious topics, how the human individuals evolve within their existence and uses as basic theme the novel On Nature’s Connection to the Spirit World by Friedrich Schelling, just tuned with my personal points of view within a discussion of the three (philosophic) elements spirit/belief, naturalism/technic and the realistic view.


The whole idea is connected with the biogenesis, cosmic panspermia and the beginning of life, also on a visual point of view. There are many links in between the different elements of the album, lyrics, artwork, music and even the production is connected within each other. 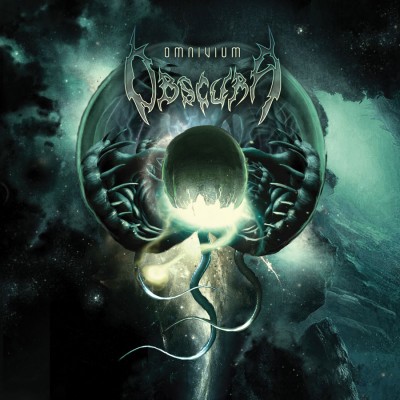 Andy BTS: The name Obscura came from an album by Canadian death pioneers Gorguts. What are some other groups that have helped to influence and shape your band – both in the past and as contemporaries?


Steffen Kummerer: When I started to learn my first steps in music theory, play a few instruments and started to sing in a choir at some kind of a music boarding school we had to learn the standards of classic music. So Mozart, Bach, Beethoven, Stravinsky and all of those great names where part of the lessons. The most influential of them for me was Bach. His compositions feel logical for me. I cannot describe it, but it just feels logical, while Mozart for example, is more feeling related. At least, that is my point of view. Some of the neoclassic parts of the band may have a relation to Bach, especially the counterparts Christian [Muenzner] composes sounds very much influenced by him.


Looking back to the beginning of the band, I think Death, Cynic and Atheist had a strong influence on our work on a technical side. Harmony-wise I would mention Emperor, Dissection and Dream Theater. Nowadays we have more and more different influences the others bring into the band. A lot of fusion, prog rock/metal such as Rush, Nevermore, Symphony X and some music that comes from different genres, such as Portishead are for example, have a strong and fresh new turned direction.


Andy BTS: Obscura has cannibalized some members from some pretty heavy hitters like Nercophagist (drummer Hannes Grossmann and guitarist Christian Muenzner) and Pestilence (bassist Jeroen Paul Thesseling) – what impact has this had on the group dynamic between you guys?


Steffen Kummerer: We are a full band where everyone has his own voice. Each member got his part of work and we want to support the band Obscura, not a single member. I see this band as a collective of four individuals that work for the band and bring in what they can best. There would never be space for egos or divas, that won’t work. A band has to be in balance to have success.


Andy BTS: Omnivium, both visually and audibly, seems to carry on some of the space-related thematic devices from your previous album, Cosmogenesis. How has the new album’s sound evolved since the last release?


Steffen Kummerer: You are absolutely right – the links are obvious and planed, of course. [It’s] great to hear that you realized that and see/hear the links in between. That means the concept works and is not too abstract.


The sound itself is more dynamic and we integrated more mellow parts to support the brutal riffs. Also the whole production is more natural. For example, the drums are almost not edited nor triggered. We just mixed the trigger signal of the bass drum a bit into the fast parts to keep an equal audible loudness of the sound. Also the fact that we used exactly the equipment we use during our live shows helped to support a very own sound. I guess we are on the right way to establishing our own signature sound. We integrated a few more 7-string songs and I brought my vocal register from the usual metal growling/screaming to a broader range with choirs, vocoder amd clean sounds and a whole palette from deep growls, shouts, screams, whispering and so on. I would say the album as a whole is more mature than the previous one. 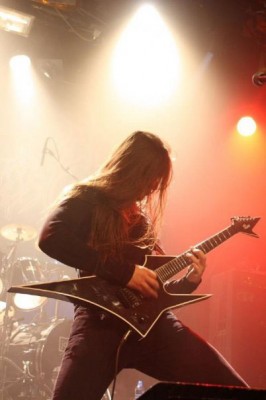 Andy BTS: You’ve toured with Cannibal Corpse, The Black Dahlia Murder and even conquered Japan with Nile. What are a few of your favorite cities to play in? And how has your reception in American been as compared to in Europe?


Steffen Kummerer: My personal faves are Rome, San Francisco, Paris, Tokyo, New York and Portland. Very nice cities with a great audience and interesting people to have a chat with. From my personal point of view the concert culture of the U.S. is different than in Europe. In the U.S., music fans in general are glad that there is a show and want to support the musicians. For example, a lot of people we met in restaurants, in gas stations or hotels where asking if we are a band and thought that it is great to have a band that is touring and wishes you good luck if you are on the way. In Europe, maybe especially Germany, there is not that kind of support. People are pretty conservative and have that “why you don’t have a real job or work from Monday to Friday” – mind[set]. But that is my personal view, maybe I am not objective enough. Anyway, I think in the U.S. the whole (metal) touring musician scene is more accepted and supported within the society so this is very positive to see from a European perspective I have. On the other side, I feel that the clubs in Europe are on a higher standard than in the U.S.


Andy BTS: Thanks for taking the time to educate us on your smarter-than-the-average-bear breed of metal. Any parting words for our readers?


Steffen Kummerer: Thank you very much for your interest in Obscura, lend your ears to the new album Omnivium and see you on tour in the US this summer. 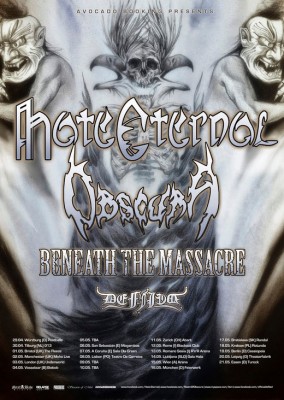