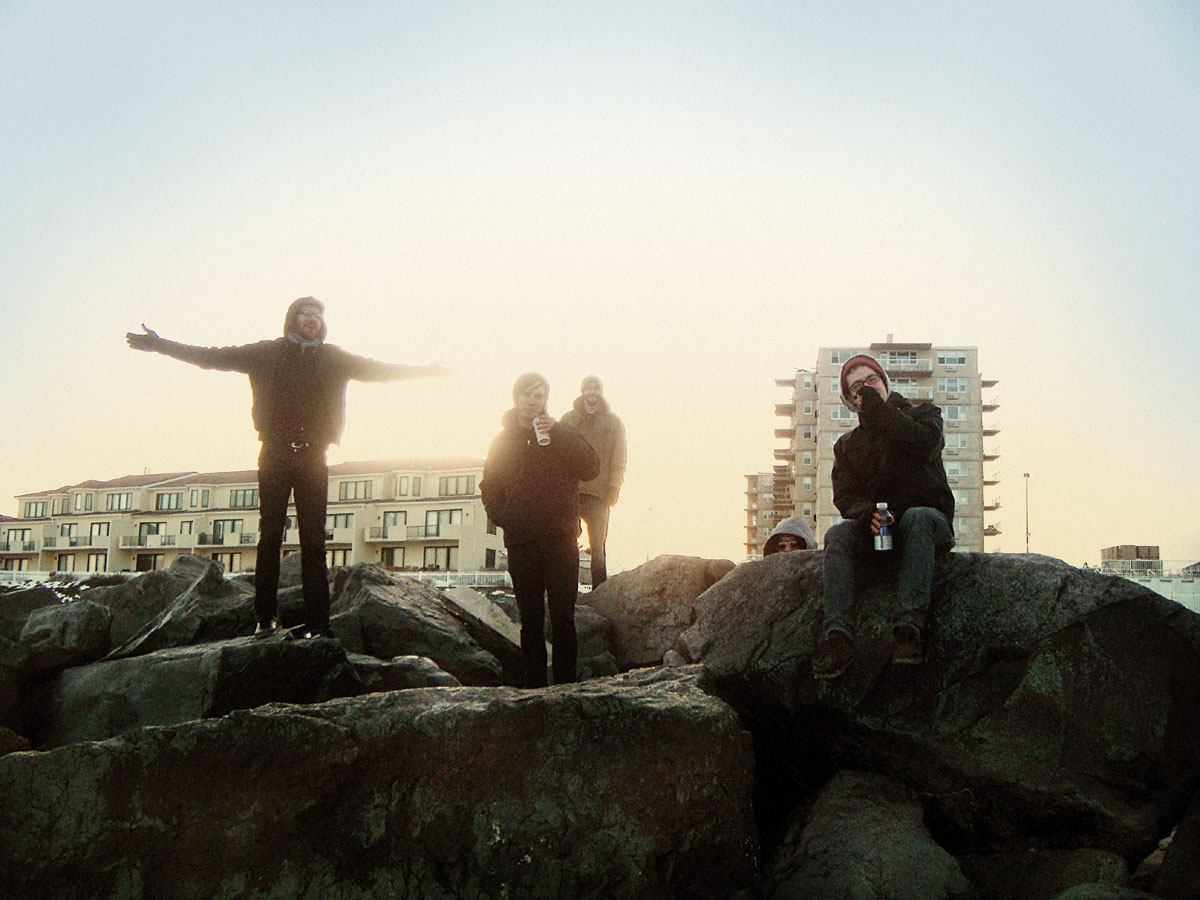 
Many musicians end up to clinging to a specific genre for too long. Bands come and go, the scene changes around them, but they keep whipping their dead horse like a demented jockey hell bent on parading around the winner’s circle on last time. Restorations could have been one of these bands – instead the Philly-based rockers shed their old skins and began anew.


Restorations grew from the aftermath of early millennial post-hardcore acts like singer Jon Loudon’s former band Jena Berlin. Loudon and crew were seeking something different when they started the endeavor. Instead of growing out of touch these self-proclaimed old punks became wiser for the wear.


Restorations will be releasing the vinyl version of their self-titled debut album through Tiny Engines on April 19th, 2011. The band dropped the digital version of the album earlier this week.


Loudon’s current band may be a bit more audibly well-mannered than its predecessor – the music far from boring. Restorations spread raspy vocals over a layer a thick vintage sound that creates tense, well-conceived songs. He cites the Canadian band the Constantines as his main influence – comparison that certainly rears its head on the album. The fuzz of Mike Drelling’s bass nestles into beats of Carlin Brown while Dave Klyman, Ben Pierce, and Loudon provide a triple guitar attack that rises and falls like a swelling tide. This is tied together by Loudon’s raspy vocals and Pierce’s old-school organ. 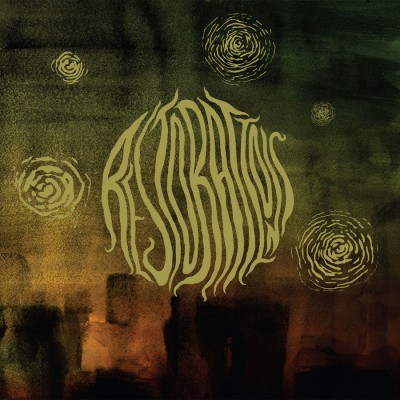 The self-titled effort fuses the vocal style of Against Me frontman Tom Gabel and the 70s guitar fuzz of fellow Philadelphians Free Energy all while creating something that retains a fresh-yet-familiar feel to it. This familiarity is in part to the barebones style of the album’s construction. Loudon explains that all of the sounds are written on acoustic guitars in stripped down fashion.


“When started the band , the idea was for it to be a lot quieter than it is now and we were just trying to write very simple, very folk, rock ‘n’ roll, you know, minimalistic kind of stuff,” he says. “As time went on, it just kept getting louder and louder.”


The album itself certainly carries these characteristics. The opener, “NonLocality,” builds layer upon layer of ambience on modest guitar chords. An imaginative listener can envision the bones of this song and how the flesh is stretched over it. Tracks like “West River” and “Neighborhood Song” carry on this structural concept with flowing piano lines courtesy of an old Wurly and warm solo hooks powered by 70s Fender MusicMan amps. The volume presence on the record is softer than on stage, yet it comes across as appropriate given the vintage sound.


“We’re much louder,” he says, in regard to their live sound. “But I guess we’ve been trying really hard to make sure that it doesn’t stray too far from where it started.”


Finding that new starting point also became a physical task for Restoriations. Keeping their previous experiences in mind, Loudon and crew finally stopped paddling upstream and current take them to where they belong – Fishtown. This Philly neighborhood has become Restorations’ own “band commune” with easy access to their practice space, venues and, most importantly, other like-minded musicians. Things were always so easy though.


“When we were in Jen Berlin we used to practice in the bass player’s house in south Jersey and it took some of us about two hours to commute out there twice a week to practice,” Loudon says. It was a total nightmare. It made perfect sense at the time, but we’ve sort of wised up over the years about how to get out stuff together.”


Proximity isn’t the only thing that the Loudon and company have changed. Their record process shifted gears. Initially, the self-titled album was suppose to be released on Paper + Plastick, but halfway into the recording session the band decided to pick up the recording costs themselves and put the record out with Tiny Engines.


“Once we were on our dime – we just plowed through it,” Loudon says. “The first set of recordings we did we all done in one batch over the course of like a year and half and we got to split them up and put them on different releases. This one was all very quick, intense – a lot of one take-stuff – sort of on the fly recording.”


This may sound antithetical to Loudon’s goal of forming of a more relaxed project, but the speedy recording process had the opposite effect. 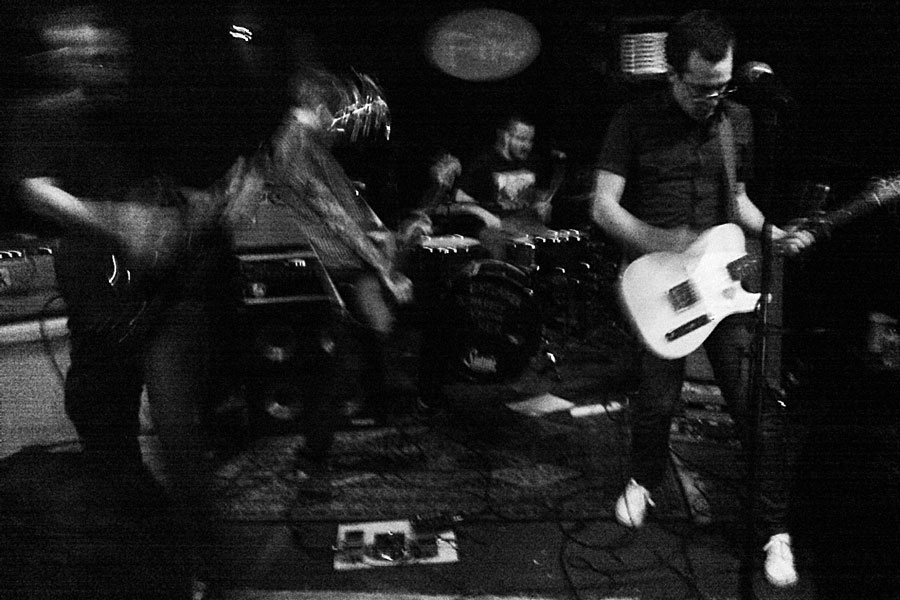 “It was very intense, but it was incredibly rewarding and we’re all really happy with it,” he says.

The Headroom’s engineer Joe Reinhart was a big part of helping the band to keep quality of the recording soaring while the band blazed through their material. The album was further refined at the mixing board of Jonathan Low (Dr. Dog, Danielson, Me Without You) at Miner Street Recordings and was mastered by Dave Eck (Off With Their Heads, Dead Mechanical, Iron Chic) at Lucky Lacquers in Madison, WI.


“[Joe’s] just a really smart engineer – he’s really creative with the way he does stuff,” Loudon says. “It was a really interesting experience. We’ve never recorded that quickly before, but it was a blast.


The band is ready to carry this energy onto tour, but like the other lessons they’ve learned, they’re trying to do it smart.


“We’ll probably still be a weekend band for a while, but we’re trying to figure out how to get it together again, he says. “Basically, we don’t have a van – or any money. –so we’re just trying to do as much as we are able to scrap together.”


Restorations will hit North Carolina’s Treasure Fest in late May and also plan on playing some shows along the southern East Coast. Loudon has his eye fixed on the eternal quest – to get back to Europe. A few years ago he and his Jena Berlin mates took flight across the Atlantic for several weeks.


“That’s about as good as it gets in my book,” he says. “I love seeing new stuff and everyone over there is super positive and really involved. It’s a lot of really creatively put together spaces.”