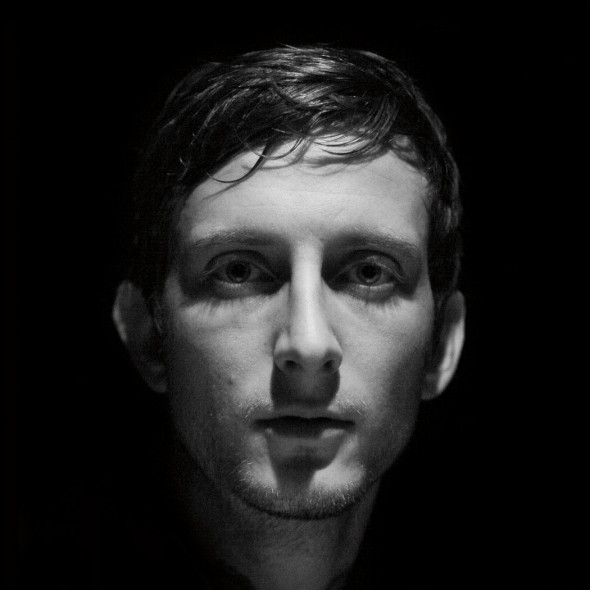 We recently caught up Self Defense Family‘s charismatic wordsmith Patrick Kindlon for an exclusive interview as SDF‘s latest EP, The Corrections Officer In Me, is being released this week via the Family Drugs label.

With an internet persona that often eclipses his music, Kindlon has become something of a American DIY icon with a Q&A styled band website, his own label imprint Harm Reduction Records with Jami Morgan of Code Orange Kids, not to mention his own comic book press, and a multitude of humorously scathing diatribes across some the interweb’s most trafficked DIY music sites. In this exclusive interview, Kindlon goes in-depth on the band’s latest EP including the evolving cast’s unique recording and writing approaches, long term goals, criminal lyrics, and much more!

Joshua BTS: Greetings! Thank you for taking a few minutes with Blow The Scene readers from around the world. Let¹s kick off this interview by having you introduce yourself and your musical weapon of choice with punk rock mainstays, Self Defense Family.

Joshua BTS: One of the first songs to surface from your latest EP on the Family Drugs label is, “It’s Not Good For The Man To Be Alone”, which continues the police theme established with the EP title The Corrections Officer In Me. With so much actively as of late (or rather clashes) between police and protesters, the NSA spying, the Bradley Manning verdict, Edward Snowden, Wiki Leaks etc etc. – Are you pulling these lyrical themes from first hand experience or drawing from the collective experience of those currently on the front lines? Or have I missed the boat here?

Patrick Kindlon: The examples you name are in a gray area where some consider that behavior criminal, while others see it as necessary or heroic. Our music is about actual crime. No heroic acts.

Joshua BTS: For our readers not aware – Kindlon co-owns Harm Reduction Records with our friend Jami Morgan of Code Orange Kids in addition to running a comic press and other musical outlets. Can you give us the back-story on your label imprint? Why the decision to start the label? How did you come to link up with Jami?

Patrick Kindlon: He called me and was bitching about music. I asked if he thought he could do better and he asserted he could. I can’t argue with confidence like that. He likes hard shit. I like weird shit. We thought we could split the difference and create a label that delivered the hardest weirdest shit of all time.

Joshua BTS: The Corrections Officer In Me was written and recorded in one 24-hour period with producer Sam Pura, creator of The Waiting Room series, which has featured live performances by Touche Amore, Loma Prieta, and many more. Pura is also co-owner of Family Drugs (with Twelve Gauge Records boss Jihad Rabah), the label on which the EP sees its release on August 27th. How did you come to link up with Pura and Rabah? Seems like a natural fit to me, but I always find the back-stories interesting.

Patrick Kindlon: You know, this is a good question. I feel like I’ve known Jihad for a long minute, but I can’t remember exactly where that first meeting took place. Maybe the people at Rekall failed to implant that memory. Sam we met when we did our Waiting Room session a few years back. He’s got more energy and ideas per minute than I do, so I feel the need to be around him in the hope I learn something. 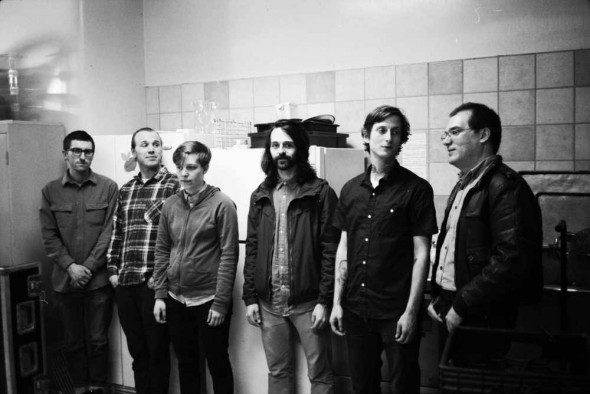 Joshua BTS: With such a short time period to write and record an EP- What did the process look like? Did you write a track, record it, then move on to more writing? Or write everything at once and then track? And what did the tracking process look like once the tape was rolling? Did you record live or separately?

Patrick Kindlon: As the vocalist, I sat in the control room trying desperately to write lyrics before the band finished each song. So, I gotta be honest with you,I have very few details on how they did what they did. I imagine they performed a satanic rite, waited for the devil to show, and then followed his instruction.

Joshua BTS: SDF has long had a revolving door of members during a near constant evolution as a band. Who were the players assembled for this E.P. and how did this specific line-up come into fruition?

Patrick Kindlon: It was a clever collection of people. Sean Doody, Benny, Alan, Mary, myself, and I don’t think Kai played an instrument, but she did sing. That’s a good crew with a balance of idea people and execution people. Our tours come together the same way each time. We get an offer or start to put something together ourselves, then send out an email to everyone in the band asking who wants to play. If eight people want to go, we bring eight people. There’s always room for another guitar or second drum kit.

Joshua BTS: Kindlon has garnered quite the online following in recent years having contributed to several noteworthy features in online music outlets such as PunkNews.org, while touching on a myriad of issues..Not to mention a twitter feed, and Q&A styled website that has become the source of buzz waves throughout the ranks of the online punk generation. To focus in for a moment- You ended a well-thought piece on ‘Sexism In Punk’ on PunkNews.org in 2011 by saying ‘Invite all ideas; accept only the ones that make sense to you.’ Any new ideas presented to you as of late that moved you to action?

Patrick Kindlon: Syria has motivated me to write more. Most of my comic book work is about the atomization of society, and we’re witnessing that process live in Syria. I’m powerless to help, but I’m taking notes the whole time.

I’m also fascinated by the comic book distribution question. There is virtually no way to win while going through retail outlets. But my feeling is that not every alternative has been explored outside of the direct market (comic book stores). I’m going to try some new shit in 2014. 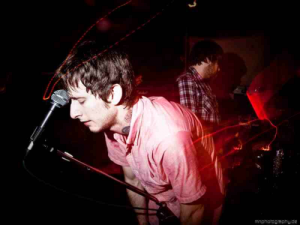 Joshua BTS: Are your multitude of artistic endeavors able to keep you in a space that allows the finances you to need to subsist without a traditional work arrangement? And how do you balance the need for financial fortitude with the artistic integrity you and the band have established? It¹s seldom we see the two concepts work in tandem to any compelling degree to be sure.

Patrick Kindlon: I work one full-time job to fund two others. No bank is going to give me
a loan. I could go to wealthy friends, but some of my ventures are dicey and I’m not trying to stick anyone with shit. So, for now, I put multiple start-ups on my shoulders. I’ve stripped my life of every expense but phone and food; the rest goes to career shit. I’m always happy when I’m building something, so being willfully broke doesn’t stress me the way it does some people.

Joshua BTS: Is there there an end goal in mind or is it all about the journey?

Patrick Kindlon: I abuse young bands all the time for not having defined goals. You can’t
achieve shit unless you know what you seek to achieve. But I’m vague myself. Our band exists to play music and shit on fools who can’t do that right. But that’s a theme, not a goal. The problem is the typical markers such as records sold or touring numbers don’t interest us. Friends who sell out 1000 cap rooms are only marginally less broke than friends putting 30 people in a basement. So what’s the point on having a commercial goal? Small money does not thrill us. Like Blade of the Immortal, we’re here to kill wack shit. But who knows how deep that vein goes? It could be an endless fight.

Patrick Kindlon: Another couple releases before 2014, and maybe four in the new year. We just accepted a European tour offer that’ll put us in front of a lot of people. When we get back, we’ll do some US shows to promote the new LP we have coming out in late fall. Then record, and record some more.

Joshua BTS: We really appreciate you taking a few minutes with Blow The Scene readers from around the world as we look forward to touching base soon! Any final thoughts?