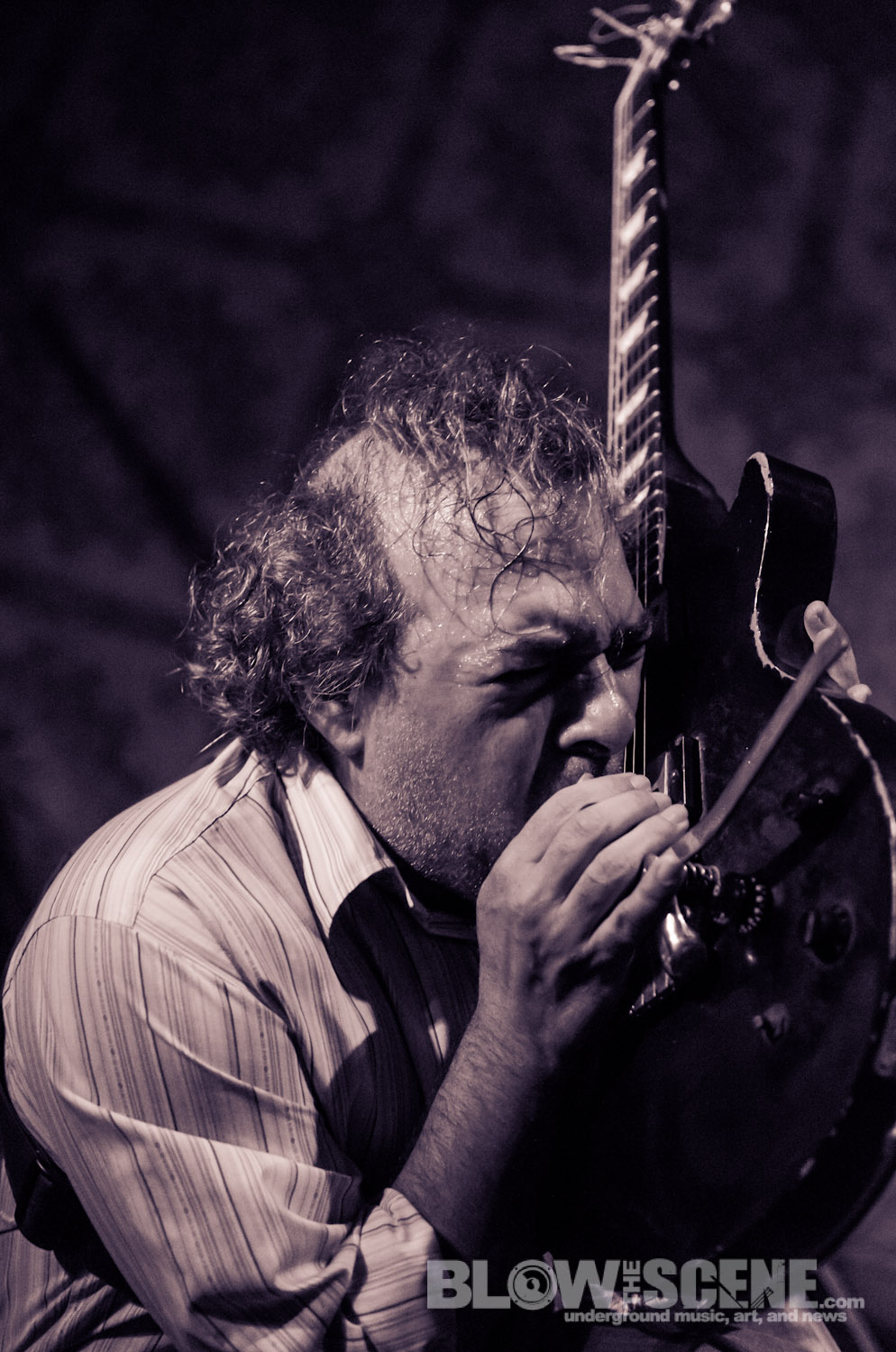 Philly’s longstanding jazzy doom rockers, Stinking Lizaveta have just released a latest full length, Journey To The Underworld via Translation Loss Records. Featuring nine new songs showcasing the band’s unrestrained instrumental fusion of doom, jazz, and punk, honed over 20 years of active duty. It’s not surprising the band has built a worldwide cult following and played alongside legends such as Fugazi and Corrosion Of Conformity. Blowthescene.com’s Joshua Cohen recently caught up with the band’s Yanni Papadopoulos to discuss the latest album in a brand new interview featured below.

Joshua BTS: Take us through the writing process of Stinking Lizaveta’s latest release, Journey To The Underworld. How does the song crafting process work between members and what is the general timeline for a full-length’s worth of work to be completed?

Yanni: I’m a firm believer in the first five minutes phenomenon. Wake up in the morning, go through your ritual, make that first cup of coffee, pick up that guitar or bass and start riffing. In that first five minutes you might hit on something, it’s like catching a dream. Of course, you’re bringing a lifetime of craft to that moment. All of that jamming or scale practicing you might have done can result in inspiration, or not. To quote the grandfather in Little Big Man, “Sometimes the magic works, sometimes it doesn’t.” After you have that little seed, it’s time to nurture it. It might need a friend or a response. There is always a riddle to solve when it comes to composing. Maybe take it to the band in the next rehearsal and see where it goes. You might need to sell it a little to the band, or maybe they hate it and call you a disparaging name; it happens. The goal in our songwriting is to reflect a certain frequency in the spectrum of cosmic energy. To me, each song has a particular color, or summons a particular deity from the pantheon. To collect an album’s worth of material takes us about six months. Recording takes a few days. Then it takes a year and a half for the damn thing to be released. Joshua BTS: Once the songwriting process has been finalized. How do you settle on a studio and engineer?

Yanni: When looking for an engineer, we try to find someone that is in the fold of our musical community. We ask; have they seen our band before? Have they heard underground music? The person who records your album will have creative input. They will also be responsible for the psychoacoustics, or the “vibe” in the studio. We hit the jackpot on Journey. Steve Berrigan is a rock in the studio and has impeccable taste, and Paul Webb went the extra mile to keep us positive.

Joshua BTS: How do you approach your studio sessions? And do you track live or separately? Any use of a metronome?

Yanni: In the studio we track live without a click. We are traditionalist in that we are going for keeper drum tracks first, then clean bass tracks, then guitar tracks. We are keenly aware that the studio is not live. Live you can be sloppy and make a lot of noise and people can be caught up in the moment. The studio is your chance to get all those notes you put together to do all the work they can. You also hope you get lucky with some keeper spontaneity on the recordings. Steve had me lay down quite a few guitar tracks to emphasize the parts. He also introduced us to the concept of doubling the “sweeties,” little bits that pop out of the track. Joshua BTS: Seeing that the band has had over 20 years worth of live & touring experience with such bands as Clutch, Corrosion of Conformity, Fugazi, Weedeater and more- How does your hometown of Philadelphia compare in regards to the depth of the music scene? What changes have you witnessed locally in the musical landscape as the band has evolved over the last two decades?

Yanni: The last 20 years have been a wild ride. I still play the same guitar through the same amp. My hands look the same when I look down at them. Shouldn’t I have tentacles by now? Maybe genetic engineering will radically change the music of the future.

Joshua BTS: How does the album artwork for Journey To The Underworld by David Gunn, relate into the musical themes presented in the album?

Yanni: The cover art was partially composed from photos I took at Phil Anselmo’s compound where the studio was. There was an old pig on the compound, a pond, and low hanging trees with Spanish moss. Also, Phil is into classic horror, so we were surrounded by ghouls. I think the triangles in the painting represent the intersection of darkness and light. The pig is also a reference to The Odyssey. Circe the witch had turned Odysseus’ men into pigs and was holding him captive as her consort. After Circe decides to let Odysseus go, she turned them back to men, and told Odysseus he had to make a journey to the underworld to consult with the blind prophet Teiresias and various other spirits. Joshua BTS: Stinking Lizaveta is a band very much known your engaging live performances. How do you prepare for and approach your live performances? What kind of touring do you have in mind for the foreseeable future?

Yanni: Last Spring we toured Europe with an amazing band from Berlin called Dyse. They are a duo with a great original rock formula. Every night i felt like they were rewriting the book on the rock show. I’m also digging the new Mountain of Wizard album. They are a great instrumental band from New Orleans featuring the drummer from EHG. I think they will be in Philly on March 19th at the Kung Fu Necktie.

Joshua BTS: Thank you kindly for taking time to do this interview. Any final thoughts?

Yanni: We have a record release show planned for April 14th at Johnny Brenda’s in Philly. It is a privilege to continue to record and perform. I just want people to know we really appreciate their interest and we will continue to push ourselves to new ground.