The Hooks and Deep Cuts of an Irish Pirate

The pirates aboard the notorious Ross Revenge worshiped their ship’s mast like a Pagan god. They constantly had to sacrifice a combination of massive wattage and high voltage rock and roll to appease the towering deity. The ship’s engineers transformed into priests and its crew members reverted into subservient heathens bowing to the waves – the radio waves.

This is how Steve Conway describes his time spent at sea as a DJ on the last British pirate radio ship. Conway, a Dubliner, joined the Ross Revenge in 1985 at the tender age of 21 and worked his way through the ranks. The ship was home to Radio Caroline, a popular pirate station that began broadcasting to the UK from international waters in 1964.

Over the years, he stuck by the station through extraordinary situations including the collapse of its skyscraping 300-foot mast, the threat of a hostile Dutch takeover and the potentially deadly storm that brought the ship down. Despite nearly losing his life to bring fresh programming to England, Conway holds dearly to the station’s rebel credo.

“Caroline has always been about being the outsider. There is not even one percent of Caroline that is owned by any big media group,” says Conway, a stocky man with a graying beard and a jovial grin. “Caroline has survived on that margin – just on the edge of falling apart, but somehow managing to keep going.” 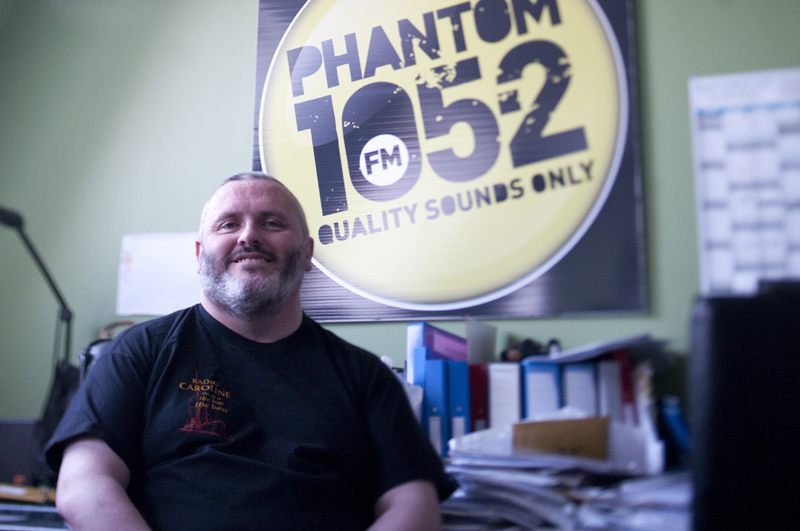 He sits in the lounge of a waterfront hotel in the Docklands area of Dublin as he speaks about the station and a book he wrote about his experiences titled Shiprocked: Life of the Waves with Radio Caroline, which was published in 2009. The events of his book happened decades ago, but his voice doesn’t give that impression as he talks excitedly about Radio Caroline in the present tense. He explains that the ship was detained by British authorities in 1991 after it ran aground, but the station was moved to the next frontier.

Radio Caroline now broadcasts from the heavens via satellite and has recently forged onward into cyberspace. It now has a license; however, Conway states that it still maintains its roots.

“What it’s doing now on satellite is not that different. It’s rebelling against the very corporate, very playlisted style of radio that you have these days,” says Conway.

Conway beams with delight and inches forward in his seat as he discusses Caroline’s future. He sees the Internet as the future of pirate radio – not its death as many traditionalists would argue.

“I think the whole online thing has been great for the type of radio that I like. It’s probably very worrying for the more mainstream, the larger, commercial radio,” Conway says.

He feels that small stations have been given more opportunity on the Web because they don’t need to have the funding for a monstrous tower in order to reach a large audience. This wasn’t a luxury that Radio Caroline got to enjoy.

“Throughout most of Caroline’s life offshore you really wouldn’t have been able to hear it here in Dublin,” Conway says. Now Radio Caroline can be picked up through an iPod app. The times have changed, yet the mission remains the same – passionate, swashbuckling outsiders freeing music from the shackles of commercial radio’s dank brig.

Caroline’s modus operandi hasn’t always been so easy. The crew had to evade the authorities, battle against hostile takeovers and stand tall against their mightiest foe – the sea. Conway recalls a ship called Radio North Sea, which broadcast alongside Radio Caroline for awhile during the 1970s. “There was an argument between two different factions in management and a ship came out and actually firebombed [Radio North Sea],” Conway says.

His own ship was prepared for such an event when Radio Monique, the Dutch station sharing space on the Ross Revenge, decided to pull out. The crew confined the Dutchmen to certain parts of the ship and even took up primitive arms when a supply ship approached them in a suspicious manner.

Dutch pirates and authorities alike were known to take over ships during this period of time. The Ross Revenge was anchored just outside of British territorial waters and – unlike the Dutch – had little fear of physical retaliation from their own government until the laws changed. 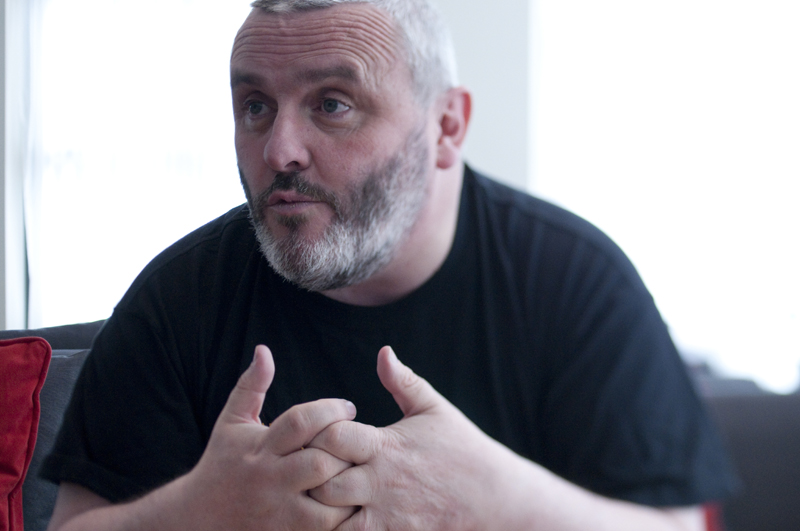 “A new law was introduced in 1990. It’s part of the United Nations Conventions of Laws of the Sea. If a ship is suspected of being a pirate radio ship – it can be boarded in international waters by any country who can receive its transmissions,” says Conway. The ship was close to the French coast; however, the authorities there gave it no heed because they only broadcast in English. “As far the French were concerned – if it pissed off the British then it was brilliant,” Conway says.

The ship weathered some extremely hard times, including a storm that toppled the 300-foot mast. The crew rebuilt the tower with parts sold to Conway, whose Irish accent turned out to be a true blessing. Suppliers were warned not to sell any materials to any of Radio Caroline’s British crew members. They couldn’t care less if an Irish pirate planned to take the transmitter pieces to the Emerald Isle.

Building projects like this taught Conway the firsthand hardships of life at sea. DJs and news presenters weren’t just voices on the air. Crew shortages meant that everyone on board had to learn to do everything.

“With the pirate ships and with Caroline, when you went out there you had to do everything because there was no one else to do it,” Conway says.

He learned to pump fuel, run generators and even try to snag loose guide wires that were flailing around like giant metal whips. Conway says that he looks back on these dangerous activities as being foolish, but he admits that they were absolutely necessary to keep Caroline on the air.

“You kind of had to be slightly mad to do it,” Conway says.

No matter how bad things got – these hazardous tasks seem like ripples when compared to the storm that brought the Ross Revenge to its knees and almost took Conway’s life.

In 1991, Conway and his girlfriend returned to the ship for a visit. They were caught by sudden hurricane-force winds that caused the ship to crash into the Goodwin Sands near the Dover Straights.

The crew attempted to call a tug boat out to dislodge their vessel. As conditions worsened they made a dire decision to abandon this plan and call for a lifeboat to rescue them. But the storm refused to be beaten so easily. The lifeboat overturned and was run aground by the angry sea.

“In the twenty years since this happened [Ramsgate Lifeboat] has been on thousands of call-outs,” Conway says, with an intense look in his eye. “They still describe this particular morning as the rescue from hell. The lifeboat crew says it’s the worst conditions that they’ve ever been out in.”

The crew managed to crawl across the deck and hung on to the radio tower as the waves and wind pounded them senseless. Conway, just 27-years-old at the time, prepared himself for death.

“When we said good-bye to each other we really, really genuinely believe that we wouldn’t last five minutes and that we’d be gone,” Conway says. “You immediately swallowed so much water that you’re retching.”

When all hope appeared to be lost, an unlikely ally rescued the crew. A British RAF helicopter dropped in to pluck them off deck as humongous waves swelled around them.

The authorities detained the Ross Revenge, but did not press charges against the crew. Radio Caroline was off the air, the ship was in their possession – the government knew that they had won.

“Caroline can hold its head up a little bit. In the end, it wasn’t the government that brought us in – it was a force of nature,” Conway says.

Despite nearly drowning, Conway says that he misses the sea every day. He’s never far away though – the bay is visible from the headquarters of Phantom 102.5 FM, a Dublin rock station that he currently works at, which was once a land-based pirate endeavor.

In May 2010, Conway returned to the sea after a 19-year hiatus. His voice once again rolled across the waves as a guest presenter for Radio Seagull, a rock station broadcasting on the Dutch station Radio Waddenzee.

Read more about Steve Conway’s exploits in his 2009 book Shiprocked: Life of the Waves with Radio Caroline – available from Liberties Press.