You may know Tim Shaw better by his DJ aliases Kid Queasy and Bombé. Chances are, if you are involved with the Philly Scene to any capacity, you have bumped shoulders with this Philadelphia-based DJ, producer, and artist. When’s he’s not writing and performing as Kid Queasy or Bombé, you can find Shaw taking pictures for leading local bands, mixing, mastering, and recording local musicians, designing websites for local artists..You name it, Shaw claims it. We are stoked to have caught up with this Philly Scene Stomper for exclusive interview where Shaw discusses his musical creations, live performances, video game picks from 80s, and much much more!

Joshua BTS: Greetings! Thank you for taking time to answer a few questions for Blow The Scene readers around the World! Let’s begin by having you introduce yourself and declare your onstage weapons of choice with Philly electronic wonders Kid Queasy and Bombe.

Tim Shaw: My name is Tim Shaw, aka Kid Queasy & Bombé, I’m a Leo and I’m addicted to Monster energy drinks and Newport cigarettes. My onstage weapon of choice used to be Ableton with midi control for a while, but recently I’ve been going back to using control vinyl with Serato or Traktor. Styles range in genres including house, bassline, garage, 2-step, tropical, future bass, grime and some occasional hip hop and / or party jams, depending on what night, which identity or how many drinks I’ve had.

Joshua BTS: You are undoubtedly one of Philly’s most prolific artists with updates and new releases almost weekly with both Kid Queasy and Bombé. What are some of the current projects you are working on and how would you classify these? 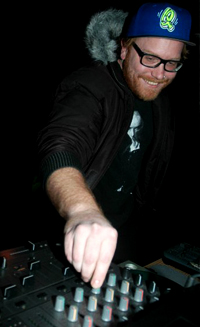 Tim Shaw: There are tons of prolific artists right now in Philly, I’m just trying to keep up, haha, plus Spring is a great time for inspiration. Right now I’m working on Kid Queasy remixes for Darrel Asbury and Dr. Ew, two Philly based producers and DJ’s, as well as a Bombé remix for Tony G, another Philly house & techno veteran. I also just finished up a Bombé remix swap with KNC (my homies Krueger and Copout) which I’m really stoked on. All that stuff should be coming out very soon. There’s also a super-secret project going on with strawberry boy Luis Angel Cancel, but I really can’t divulge any details on that just yet. As far as classification, I like to think that the Kid Queasy stuff is more on the house and club side of things and the Bombé stuff is more on the tropical, future bass and experimental side of things, but honestly, they’re starting to sound a lot alike, haha!

Joshua BTS: Unlike many so-called “Djs” and “Electronic artists” you don’t simply create mix tapes with other’s music, you physically re-create and restructure the songs you work on with original material. What does your track creation process look like?

Tim Shaw: When I was working a lot with Ableton, it just kind of made sense to approach live sets and mixtapes like that, since a majority of the actual real-time beat matching is taken out of the equation. I felt like if I wasn’t making the mixes between tracks or how the tracks fit together my own and implementing as much control over them as possible, then it was just kind of cheating. Now that I’ve been using Serato and Traktor a lot I’m trying to find a good middle ground, doing re-edits or bootlegs of songs so that they fit in a certain way in a set using control vinyl. The process for that kind of stuff always starts in Ableton to get everything synced up, then I take it into Logic to mix it down or to add percussive elements and what not. Those are definitely my two work horses. But really for the most part its still a lot of other people’s music, I just like chopping things up.

Joshua BTS: You stay very busy on-stage during your numerous monthly live appearances, ie you’re not one of those Djs flashing winks and shootouts all set.. So tell us, what are you busy adjusting during your live performances and what are some of the many knobs you are turning?

Tim Shaw: Whether it’s using midi control with Ableton or using the control vinyl with a Pioneer mixer or something, the knobs are always the same; high, mid & low EQ, reverb and / or delay, and a hi-cut filter. If you’re a DJ and you don’t at least use EQ in the mix, then it probably sounds like garbage. Allowing for everything to sit sonically in the same space is kind of the whole point. The reverb + hi-cut filter combo is definitely my go to as far as real-time effects go, it makes things kind of just dissolve into the next track. I’m also just not really a “showman”, haha, when I was younger I always wanted to be like Pete Townshend or some shit, going crazy on a stage, breaking shit and what not, but I’m just not really like that. I’m working on it, practicing flashing some winks, fist pumps, you know…

Joshua BTS: Apart from your musical works we understand that your talents stretch into photography, art, web development, and even studio work. How much time to you dedicate to these additional ambitions and what have you been working on lately? 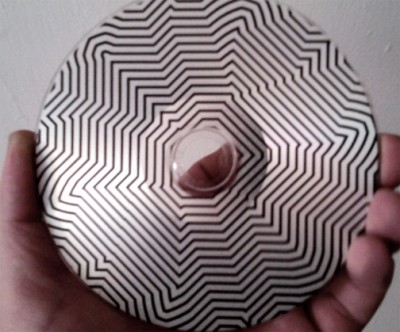 Tim Shaw: Not enough time on any at all! Mostly music, planning, promoting and the like take up half of my time and trying to find freelance web work that will pay some bills takes up the other half. I try to update my Kid Queasy and Bombé sites as much as I can, and I have a couple other web ventures in the works, but as far as the fine arts go, I really do wish I had more time and motivation to create stuff like I used to. I take photos at some of our Get Bent nights and other shows here and there but that’s much more just taking pictures of my friends than things like composition studies, process experimentation or social commentary, things that most real photographers take on. I have been making random video art for the night that Battleaxebaby and I do here in Philly called Pagan Disco (plug) every 4th Friday at Medusa (plug), they have these 3 mini tvs right by the DJ booth. I’ve been really stoked on that since it was my primary focus in school and I get to do little videos every month, like mini installations. I love that stuff.

Joshua BTS: Best part about living and being part of the Philly music community?

Tim Shaw: Definitely the creativity of a majority of producers and DJ’s in this city, it’s really great to be surrounded by so much inspiration and drive, which also makes it super competitive at times, but that only makes the city stronger as a whole. There’s also mad confidence everywhere in this city, from how people approach making their music, to how they present it in a club, to how people dance and act. I love it. I mean a lot of other east coast cities have very similar attitudes and sounds, but nobody does it like Philly.

Joshua BTS: Worst aspects of living in Philly and being part of the Philly Music Community?

Tim Shaw: Everyone else is so fucking good! Haha. Things can be a bit cut-throat at times both musically / scene-wise and in Philly in general. I feel like you always do kind of have to look over your shoulder wherever you are, but that also keeps you on your toes and that’s also life. What’s the point if everything’s safe and easy?

Joshua BTS: What’s your favorite spot to perform at live?

Tim Shaw: Shit man, when I first started playing with Get Bent it was at Vesuvio’s down here in South Philly, and that was probably the most fun, just the vibe and the people. I really love our monthly at Medusa’s now though, there’s a really good energy there, its smaller so it gets packed and everyone dances to the music that we want to play. You really can’t ask for more than that. I’ll always love playing the non-venue style places the most though, like outdoor parties in the summer, warehouse parties and things like that. That’s really what this music is meant for in the first place. 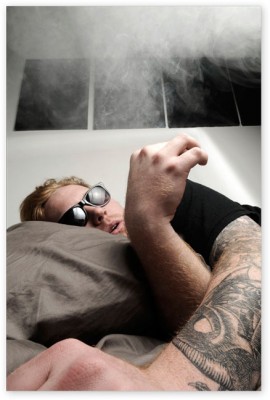 Joshua BTS: Any other artists local or international that have your attention right now.

Tim Shaw: So many… Locally; Dev79 and the Seclusiasis crew are and have been making some of the illest bass music around, The Teamwerk DJ’s (Fazer & Krueger) have been bringing some huge acts through every month and Krueger has been straight up blowing my mind with the stuff he’s been putting out as well as the tracks he’s been making with Copout as KNC, my homies Darrel Asbury and Dr. Ew have also been making some super good stuff recently, other young talent like BHB & Qi Command… like I said, there’s so many people in Philly alone that are making good music right now. National and international, there are way too many to even start, but recently I’ve been into Canblaster, Nguzunguzu, TALK, LOL Boys, Melé, L-Vis 1990, Bok Bok, SBTRKT, Cousin Cole, Koreless, Samo Sound Boy, French Fries and Teenage Mutants to name a few. Pretty much anything on Club Cheval or Nightslugs is fucking golden. I’m a music junky, though, way too much to concentrate on.

Joshua BTS: One for the gear heads – What are some pieces of equipment in your musical arsenal that are unique or that you just couldn’t live without?

Tim Shaw: Ableton and Logic for sure, my X-Session midi controller and midi technology in general, my Korg Tritone, my Yamaha HS80M’s, nothing really super unique.

Joshua BTS: Where did the names Kid Queasy and Bombé originate from?

Tim Shaw: Kid Queasy is mostly a reference to the Garbage Pail Kids, like dirty, dripping, wobbly, queasy bass. I love that imagery, all the dirty humor associated with being a kid and just the aesthetic of drippy, gory faces and stuff, also like a lot of the old skate thrash art from the 80’s & 90’s. Plus, Kid Queasy was the villain side-kick alter-ego of Wendell Borton (the queasy bus-sick kid from The Simpsons) in this comic book they came out with.

Bombé is just a good sounding word, and I like the “é”.

Joshua BTS: What first attracted you to electronic music?

Tim Shaw: Raves. Some of the spots like Space, God’s Basement and the Whistle / Bang parties in Philly as well as the late 90’s drum & bass sound really woke me up as far as what music could be, how it could sound and the experience that can be attached to those sounds.

Joshua BTS: What’s your criteria for picking songs to “remix”? And what are some of your recent favorites?

Tim Shaw: I really don’t know. Most of the time I’ll just hear a song randomly when I’m searching around and it’s just like “that would sound good with…” and then it usually turns into something completely different, haha. I just did a 2-step bass bootleg / mash up of Erykah Badu’s ‘Cleva’ and ‘Bag Lady’ that I’m really into, also the Dipset – Salute bootleg, that original was fire to begin with though.

Joshua BTS: Let’s switch gears into some light-hearted Q & A for sec.. Best cartoon TV show from the 80s?

Tim Shaw: Ducktales, hands down. I wanted to be Launchpad.

Joshua BTS: Your favorite place to grab a bite in the Philly?

Joshua BTS: Where can fans keep up with your current projects?

Half Dagger by Bombé