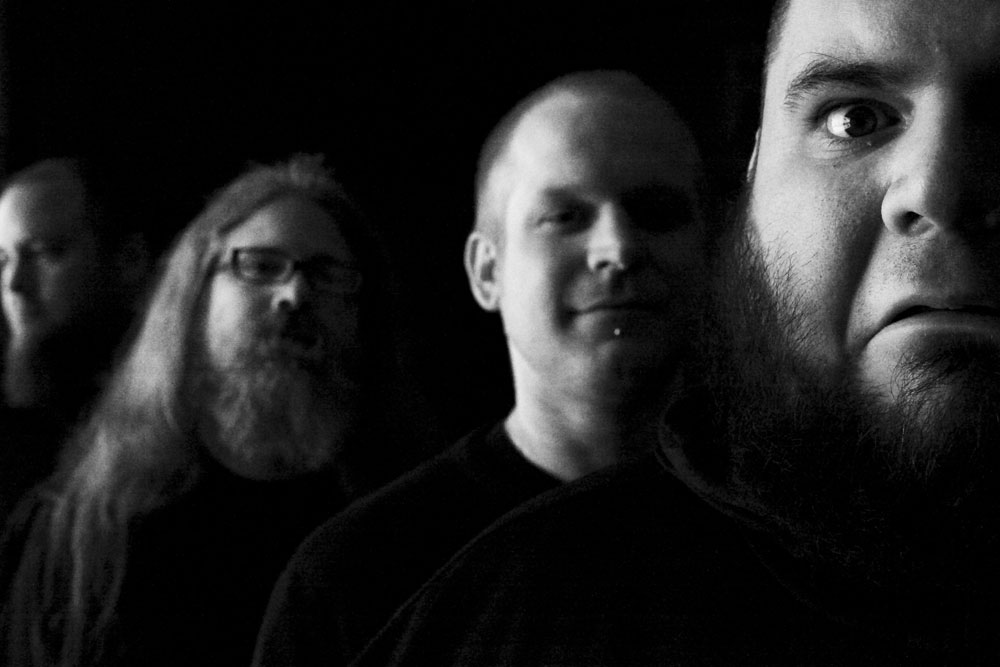 “They’re All Saturdays”
The Lo-Pan Interview
By Andy McNeil

Sitting in a van adorned with bull horns in the shadow of the 31st Street Bridge in Pittsburgh, the members of Columbus hard-rock outfit Lo-Pan anticipate a barrage of ill-conceived questions, but almost immediately their ears perk up at the mention of their gear.

“We get a lot of really stupid questions,” says bassist Skot Thompson. “But we like to talk about our gear,” adds drummer Jesse Bartz, finishing his bandmate’s thought – a common occurrence after years together on the road.

The group’s jet-fighter loud equipment has become its own persona – a fifth member. Their new album, Salvador, released on May 24 on Small Stone Recordings, is named for the band’s gear dolly. In fact, the dolly graces the cover of the album.

“When the original idea first came up with the idea for having the dolly on the cover of the album, we wanted the dolly on the beach in South Carolina,” says vocalist Jeff Martin. “Like all romantic and spiritual and shit,” Bartz says, chiming in.

Why all the praise for such a mundane object? One look at their amps says it all.

“His amp is heavier than anything you’ve seen in your life,” says Martin, about Thompson’s vintage Ampeg rig, a mid-70s 8×10 birch cabinet with an SVT head.

The real jaw dropper is guitarist Brian Fristoe’s gear. He blasts his Gibson through three well-aged cabs powered by both an Orange 30-watt head and an Ampeg V-4 head. Fristoe tops it all off with Thomas Organ/Vox wah, Keeley Fuzz Head and MXR Carbon Copy and Phase-90 pedals. Bartz keeps up with these behemoths by pounding on acrylic drums, a brass snare drum and Paiste cymbals, which he describes as big, fat, loud and stupid. The band has to lug this gear in by hand tonight since the rides in the trailer, which is absent tonight.

Martin jokes that they are talking about naming their next record Parton. 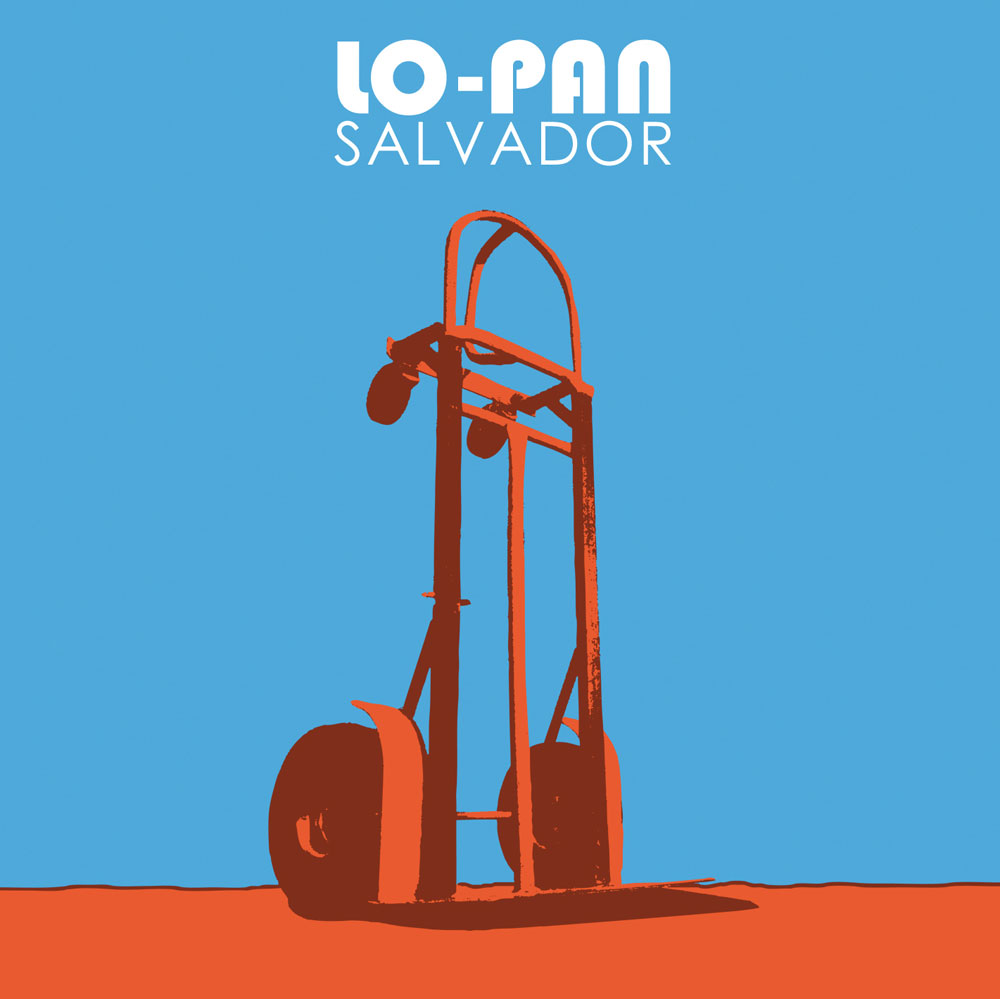 The current album is a fusion of the band’s goofball personality and their dedication to the road. For example, a song titled “Intro” is found in the middle of the album and a track called “Solo” is found at the end. Thompson explains that when “Intro” was written it was initially supposed to be the first song, but it seemed to fit better later in the album as a precursor to the crushing cruiser “Chichen Itza.”

“We also tried to take into effect the side A/side B of a record, an actual vinyl pressing and we wanted ‘Intro’ to be at the beginning of the second side,” Bartz says.

They explain that “Solo” was placed at the end in part because it is the longest song, which stays consistent with 2009’s Sasquanaut on which “Wade Garrett,” the longest jam, is the final track. The band also felt that “Solo” had a huge ending that capped the album off right.

Salvador comes across as a continuation of Lo-Pans previous efforts. Not much of the formula has changed – soaring hard-rock vocals over to dense, concrete heavy guitars and car crash loud drums. One element that has transformed is the band’s recording process, which was overhauled by producer Benny Grotto. Martin and Bartz describe his methods as fluid and effortless. Martin says he wasn’t really comfortable with at first, but was won over quickly as the record took shape.

“We were chomping at the bit to get it there and do it,” says Bartz. “We played Philadelphia the night before and we got there at like six in the morning and the dude was in the studio and we ran inside, set all of our shit up and passed out. Woke up and starting hitting it as soon as Benny got there.”

At some point during the interview a bell rings out – temporarily halting the conversation. A glance toward the driver’s seat reveals that almost 20 hotel-style bells are duct taped to the van’s dashboard. Martin explains that years ago they took one from a club in West Virginia, which has spawned an obsessive collection that has gotten them off the hook on more than one occasion with the law. He says that the original bell was dubbed the “Relevance Bell.”

“Anything anyone said that was funny or apropos – they got a ding,” the vocalist says.

An idea surrounding the addition of a “Redundancy Buzzer” is suggested to which the guys laugh and suggest that the author is catching on. The members admit that they are a strange breed. They further add to that self-assigned definition by explaining Thompson’s sleeping arrangements on the road.

“It’s the craziest fucking thing you’ve ever seen,” says Martin. “The dude sleeps on hardwood floors even if there’s like a bed available. And he loves it.”

“Actually, we were talking about bringing a cinder block so he’d have a pillow,” Bartz says.

After a half-dozen years on the road, the band appears to get along like siblings. Big, grizzly-looking brothers who enjoy each other’s bizarre company while spreading their booming sound across the land. No one is complaining – not even over the back-breaking chore of lugging gear without their beloved dolly.

“They’re all Saturdays,” says Bartz, referring to every night spent on tour and life in general. “Saturday’s forever.”

More info at the Official Lo-Pan Facebook and Myspace