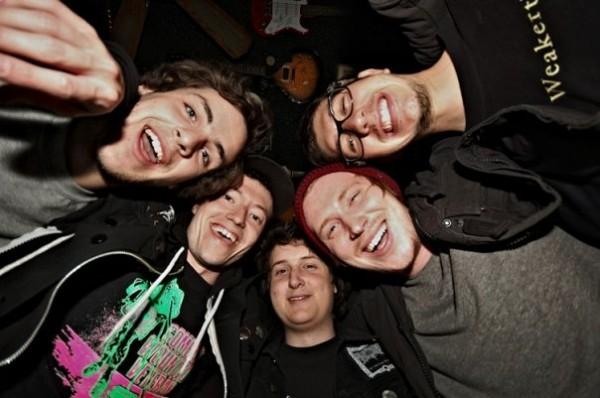 We recently caught up up with Jeremy Bolm, singer/frontman of TOUCHE AMORE, as the quintet wraps up a current US tour run with legendary Japanese act, ENVY before heading over to Europe with Lighthouse in November. Touche Amore continues to build momentum as they have seen successful tours with Converge, Bane, Strike Anywhere, and ENVY, steadily branching out from their hometown of Los Angeles over the past year. The band’s latest full-length recording, …To The Beat of a Dead Horse, released on 6131 Records in 2009, is solid contribution to the West Coast punk and hardcore scene as Touche Amore transcend several sub genres, ranging from screamo to post-hardcore. Subtle guitar melodies rest in between aggressive layers of distortion and driving, up-tempo punk and hardcore beats, complimented with the unconstrained vocal presence of Bolm who finds himself accompanied by Thursday’s Geoff Rickly and Jeff Eaton of Modern Life is War as guest vocal appearances on …To The Beat of a Dead Horse. Without further ado, lets hear the current haps from horse’s mouth.

Joshua BTS: One of the elements of your latest LP …To The Beat of Dead Horse that I find the most appealing is the overall feel and organic chemistry of the record. Nothing feels forced or overly-contrived. The mood is dark and emotional and this theme seems to penetrate all of the parties involved. From the intricate minor chords on the guitars and bass to the moody lyrics and emotional delivery, this is a definitely a poignant work. It’s often said “suffering makes for great art.” Was this record created in a particularly emotional charged period for the band?

Jeremy Bolm: The record was written without any pressure to deliver, so it came naturally. It was recorded right after our drummer had quit. He agreed to record the album during a period when we were considering calling it quits. It was a confusing and angry time for myself in particular. These reasons may have fueled added aggression.

Joshua BTS: Can you touch on some of the “confusing and angry” situations and how they correlated into the lyrics and recording sessions?

Jeremy Bolm:It didn’t intervene with lyrics as much as it did with delivery on all our parts. We didn’t know the future of the band yet and I personally felt we were doing something special and felt alone about it. 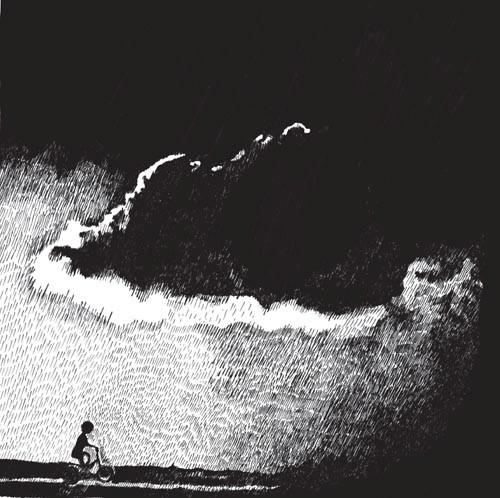 Joshua BTS: Touche Amore incorporates several elements of many sub genres of punk, hardcore, and rock within your latest LP. Some describe your sound as post hardcore or even screamo. But you are able to achieve an overall feel that remains somewhat indefinable. What were some of your musical influences for …To The Beat of Dead Horse and do you feel that you were able to capture the mood and feel you were looking for at Earth Capitol Studios?

Jeremy Bolm: When the band started, our goal was to capture the sound of a lot of the 90’s screamo bands that we had a lot of love and attachment to. Overtime the hardcore kids in us came out and it became a marriage of the two. Alex at Earth Capital did an amazing job of capturing the rawness we hoped for. It was recorded in less than a week and for very little money considering. We’ll be in his debt forever though.

Joshua BTS: I am aware that Touche Amore has been preparing some new material for a forthcoming release as well as some personnel shifts within the band. Can you get us up to speed on the band’s current line-up? And apart from the line-up variations, for this new material – Are there any major differences in your current approach to the writing process?

Jeremy Bolm:Well as mentioned before we lost our original drummer very early on, we went through some fill in drummers for tours till we found Elliot Babin. He did a long tour with us and we all agreed that though his playing style is quite different than our original drummers, he packed a fast/dark passion that makes sense for us.

We lost Tyson on the Converge tour and he had been a key member as well from the birth of the band, which obviously makes writing much different this time around. His guitar playing was a huge part of this band. Our original bassist Nick is now replacing Tyson as a guitar player. Nick is a guitar player before a bassist so him taking over made the most sense. Lastly, Tyler Kirby who has always toured with us playing bass (Nick is normally unable to tour) is now taking over all bass duties.

Yes, we’re a mess… But were getting through it. Clayton and I have been the only stable members.
We have begun writing for an upcoming full length that we hope to have out by Spring 2011. The overall style is still very much the same, just more focused. A lot of the songs are much more melodic but still keeping with the direct/short song approach. We’re all very excited about it. 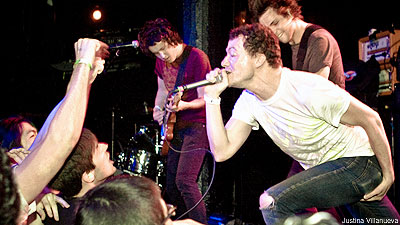 Joshua BTS: Any new lyrical approaches for this record? Dabbling with any new prevailing themes or new techniques?

Jeremy Bolm:I’ve only written lyrics for three songs so far, and I’ll probably rewrite them anyways. I’m hard on myself and write and rewrite my words over and over. I get terrible anxiety about the entire process. I’ve always been a big fan of plays on words or being straight forward, I don’t see much changing.

Joshua BTS: Another element of your sound that I find appealing is the raw emotion and timeliness of musical presentation. The album is not overly produced or polished in Pro-tools, which really works for this project. Can we expect this motif to continue into the forthcoming releases?

Jeremy Bolm: I hate to ever say that we’ll never not do this or that. The next record will be with a higher budget and with a notable producer, but that doesn’t mean it’ll be fake in anyway. What I can say is that we’ll always be ourselves and what we release will be natural.

Joshua BTS: So is it safe to say you don’t have an aversion to more polished sounding records? I know some hardcore and punk bands see it as musical kryptonite.

Jeremy Bolm:It depends on the approach. I wouldn’t put down a band that has a vision of a strong recording. Some bands sound their best with a dirty live recording. I’m into the idea of trying to find the middle ground.

Joshua BTS: You are just wrapping up a tour with the legendary Japanese outfit, ENVY. I found this to be an interesting pairing. How has this tour measured up to other tours you have embarked on?

Jeremy Bolm: Envy was one of the main influences for Touche Amore actually, so we were so thrilled to have the opportunity. The tour has gone I’d say even better than expected for us. Envy’s earlier work isn’t too far off from what we’re doing so kids who haven’t heard or seen us have been receptive.

Joshua BTS: Do you find it more beneficial at this stage in the game to tour with bands that have a different fan base then Touche Amore? Are you guys looking to start headlining tours in the near future?

Jeremy Bolm: We do our best to do eclectic tours to keep things interesting so that we can play to all different sorts of crowds. Right before this Envy tour we did Canada with Bane and Strike Anywhere for example. Next year we will do a headlining tour at some point. We’re looking forward to it. 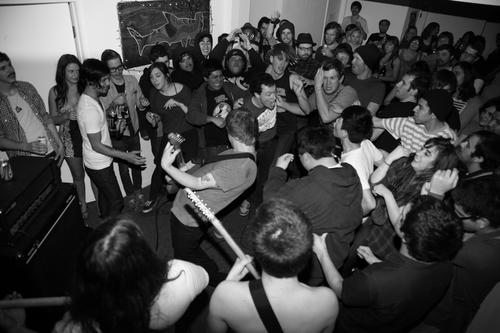 Joshua BTS: Any odd habits or band traditions during tour? We’ve heard some pretty hilarious ones, from bands that smack each other with Gatorade bottles filled with piss, to bands that collect bobble heads in every state and country. How does Touche Amore fair in the on-the-road-oddities department?

Jeremy Bolm: If someone farts in the van they have to yell it out so that the driver/shotgun knows to lower the windows and hold their breath for 10 seconds in hopes to vent out the vehicle. Out of boredom Elliot once shit out of the van window on the freeway in the rain. There are others but I probably wouldn’t want them printed haha.

Joshua BTS: Here’s one for the gear heads – Any new musical toys you guys are trying out for the new material or on the road? You are able to capture a fairly wide range musical leitmotifs throughout your records and live set. Any oddities in your equipment list that you find essential to your sound?

Jeremy Bolm: The members of this band are major gear nerds. As much as those conversations make my eyes cross I’m thankful they care so much because it births a sound were proud of. Clayton is always getting a new head every couple tours. Head wise we use/have used Sovtek, Verellen, Sunn, Acoustic, Marshall, and Ampeg.

Joshua BTS: With all of the recent touring you have surely been exposed to a lot of other bands that surely run the gambit of good, bad, and ugly. Any bands or artists out there that really have your attention right now?

Joshua BTS: What should Touche Amore fans expect from the band as we head into 2011?

Jeremy Bolm: New album in the spring, touring and touring as always.

Joshua BTS:Thank you kindly for taking time out of your busy schedule to for this interview. We look forward to keeping up with your future endeavors.

Pictures Courtesy of Touche Amore, The Inefficiency of Emotion, Noisecreep