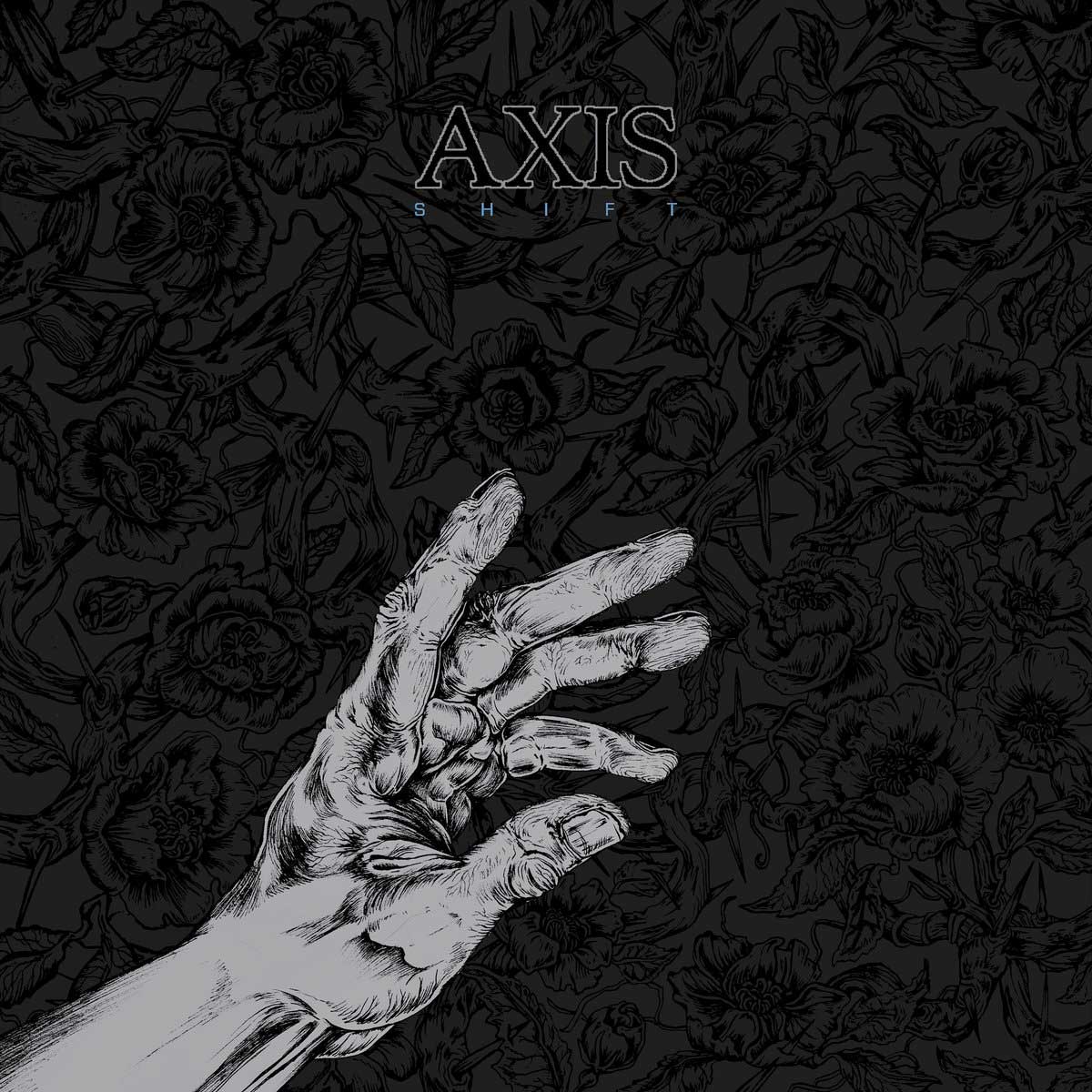 Released earlier this month via Good Fight Music, the aptly titled Shift continues Axis‘ perpetual state of transformation expanding into more dynamic and cathartic soundscapes with this latest offering. Shift marks the departure of frontman Rafael Morales, with guitarist Downey taking on vocals in addition to guitar. Drummer Thomas Cantwell and bassist Tyler Forsythe (both members of Gouge Away) have intensified their approaches in the new quartet formation.

Axis‘ 2015 debut full-length, Show Your Greed, was lauded by the underground community with Stereogum describing the band as rightful heirs to ’90s heroes Botch and Kiss It Goodbye. Show Your Greed pummeled and bruised, and Axis took its show on the road with bands like Old Wounds and Homewrecker. Rather than trying to top the tooth-gnashing of Show Your Greed, Axis then took a left-turn in 2016 and teamed up with adventurous Memphis trio Seraph/The Light to create a collaborative EP which saw the two bands merge into one unholy mega-church, pounding out a slower, crushing vibe inspired by Neurosis and Cult of Luna.

New album Shift is the culmination of all this recent history, taking the bark and bite of Show Your Greed and boosting it with lessons learned from the Seraph/The Light experiment – namely, a thicker, more massive sound, and a masterful wielding of tension via the interplay of guitarists Dylan Downey and Patrick Chumley.

Shift was recorded and mixed by Andy Nelson (Weekend Nachos, Harm’s Way), with additional recording by Ethan Murphy (Blistered) at Back Forty Recording. The album was mastered by Brad Boatright (Nails, Full of Hell).

Check back soon- We’ll be catching up with Axis for a feature interview later this month.