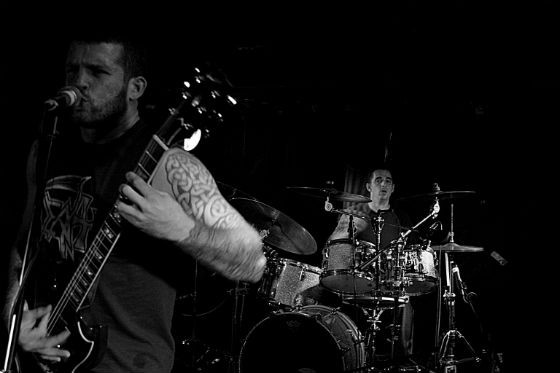 Veteran Texas grindcore unit P.L.F. (Pretty Little Flower) ranks amongst the most compelling 2-piece projects within the extreme reaches of fast and heavy music.  The uncompromising duo is gearing up to release a 5th studio LP, Jackhammering Deathblow of Nightmarish Trepidation, via Six Weeks Records.  The first track to emerge, “Drowned in the Harbor” is streaming below for your listening pleasure with a street-date and pre-orders expected to emerge “soon”.

P.L.F. features renowned grindcore drummer Bryan Fajardo (Noisear, Phobia, Kill The Client) and guitarist/vocalist Dave Callier (Oath Of Cruelty) who have systematically leveled stages throughout the World including the US, Canada, Europe, Russia, Japan, and dozens of festival showcases including Maryland Deathfest and Earslaughter.

P.L.F. utilizes implausible speeds with aggressive riffs that bludgeon with brute force and musical sophistication. The resulting live intensity is near-unparalleled within the genre. With a “DIY till’ death” approach, P.L.F. has seen over dozen split releases and four previous LPs since its formation in 1999 and remains a band to keep an eye in 2018.

“Drowned in the Harbor”