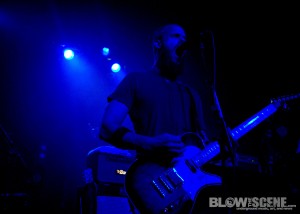 As we announced earlier in the week, renowned American metal band and Relapse Records recording artists, Baroness, were involved in severe bus accident on the morning of August 15 in Bath, England.

“The band members of Baroness and their crew are recovering from injuries sustained after their tour bus crashed 3 miles south of Bath, England early on Wednesday morning.

John Baizley has broken his left arm and left leg. Allen Blickle and Matt Maggioni each suffered fractured vertebrae. All three remain in the hospital as of this writing. Pete Adams has been treated and released from the hospital.

Three of the five crew members who were on the bus have also been treated and released. One member is still undergoing testing. The driver of the bus remains in critical condition.

Please stay tuned for further updates. Thank you for all the support during this extremely difficult time.”

An outpouring of support has begun to flow from thousands of fans and various figures across the music community: 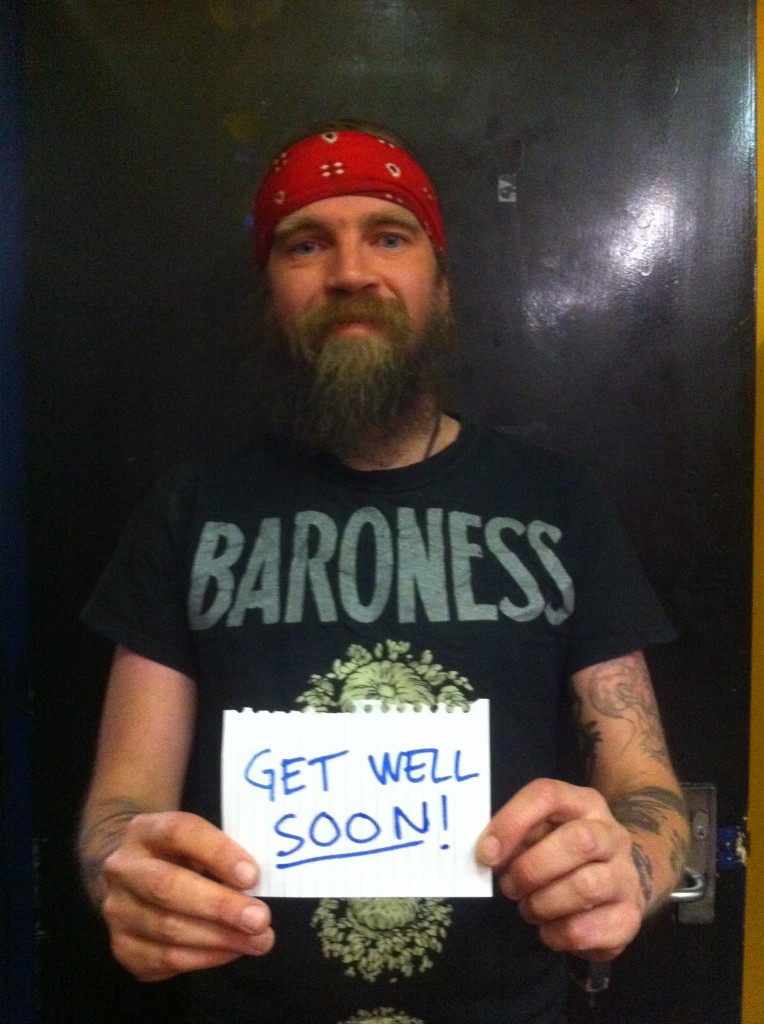 Baroness‘s third album, Yellow & Green, was release on July 17 via Relapse Records to universal praise from fans and critics alike. The album debuted t #30 on Billboard’s Top 200, the highest debut ever for Baroness and Relapse Records.

We caught with Baroness frontman and guitarist, John Baizley in May for exclusive video interview and photo gallery during a performance at Philadelphia’s TLA.

Pick up Baroness‘s Yellow & Green album from a record store near you as we continue to keep the band in our thoughts and hopes for a speedy recovery!

“Take My Bones Away” – Baroness