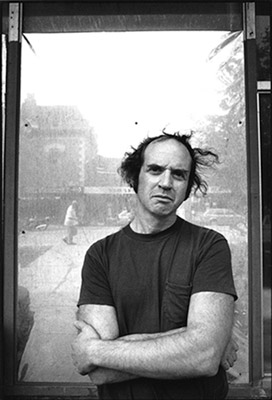 If there’s only one lesson I’ve learned from Harvey Pekar, it was that anyone can make a comic book.

For an artist like myself, who has a hard time getting it together long enough to just draw up one stinkin’ page of my own comic book..well..this is profound.

Pekar also reminded us that everyone, no matter his or her place in the world, has one hell of a story to tell.

Harvey Pekar was born in Cleveland, Ohio in 1939. Growing up wasn’t easy. He had to deal with the usual challenges and tribulations of lower-income neighborhoods with everything from joblessness to violent gangs. These challenges also came from within Pekar’s own spirit. He would continually try to outdo himself. This inner competition would progress from being the best fighter on his block as a child, to a brilliant columnist and critic as he matured.

As a young-adult, Pekar started to develop his love of jazz and dope records which eventually grew to the point of writing reviews and even getting published. The small amounts of cash he got from this, as well as the clerical position he would keep until retirement; made him both happy and, well…pissed.

Harvey Pekar found solace and release in the then burgeoning underground comic scene as a new crop of people were giving voice through this artistic medium. Pekar began publishing the now infamous American Splendor in 1976. Meeting Robert Crumb through a mutual love of jazz, the two decided to work together and help Pekar commit this book to reality. Harvey’s method was simple; He wrote out the script and then would give the artist a sketch of what he wanted using stick figures. American Splendor, his autobiographical comic book, became a small success, resulting in even guest appearances on the Tonight Show with David Letterman. Over the years, many artists would contribute to the illustrations of the book, including R. Crumb, Spain Rodrigez and Dean Haspie, to name a few. 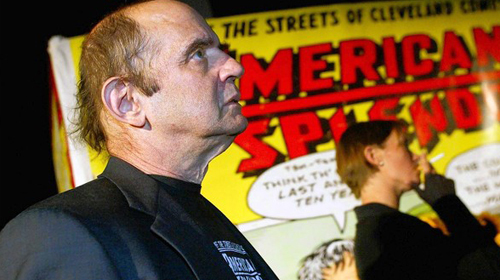 In 2003, the movie version of American Splendor war released to much critical acclaim. Partially written by Pekar himself, the film would go on to win numerous awards and prestigious nominations, including one for Best Screenplay by the Academy Awards. Despite the fame, he continued to work as a file clerk.

Harvey Pekar dealt with everyday life in a way very few people do; openly and honestly. He complained about how his life simply sucked sometimes. He would write about even the small things that made him happy, like seeing his daughter smile. His writing was bold, daring, and, most importantly..it was human.

Harvey Pekar was the everyman. He was the man you would see coming home from work pissed off because he’s stuck in a job he could hardly stand. He was the man who lived next door to you and periodically came over to say “hi.” He was the man who always looked like he was going to bust a gasket because this mad-gone-world was getting to be too much. And he was the man for whom a moment of temporary joy was enough on most days.

Harvey Pekar could have been your neighbor, your uncle, or even your best friend. Despite his common place in everyday life, his many artistic contributions have left an irreplaceable impact on modern art and culture.

On July 12th, 2010, Harvey Pekar passed away. At the time of press there was no cause of death established but Pekar was known to have been suffering from prostate cancer.

Harvey Pekar, you will be missed.

Here is a video clip of Harvey Pekar guest appearing on the Letterman Show in 1987…
He was never afraid to break Letterman’s stones on the air ;)…