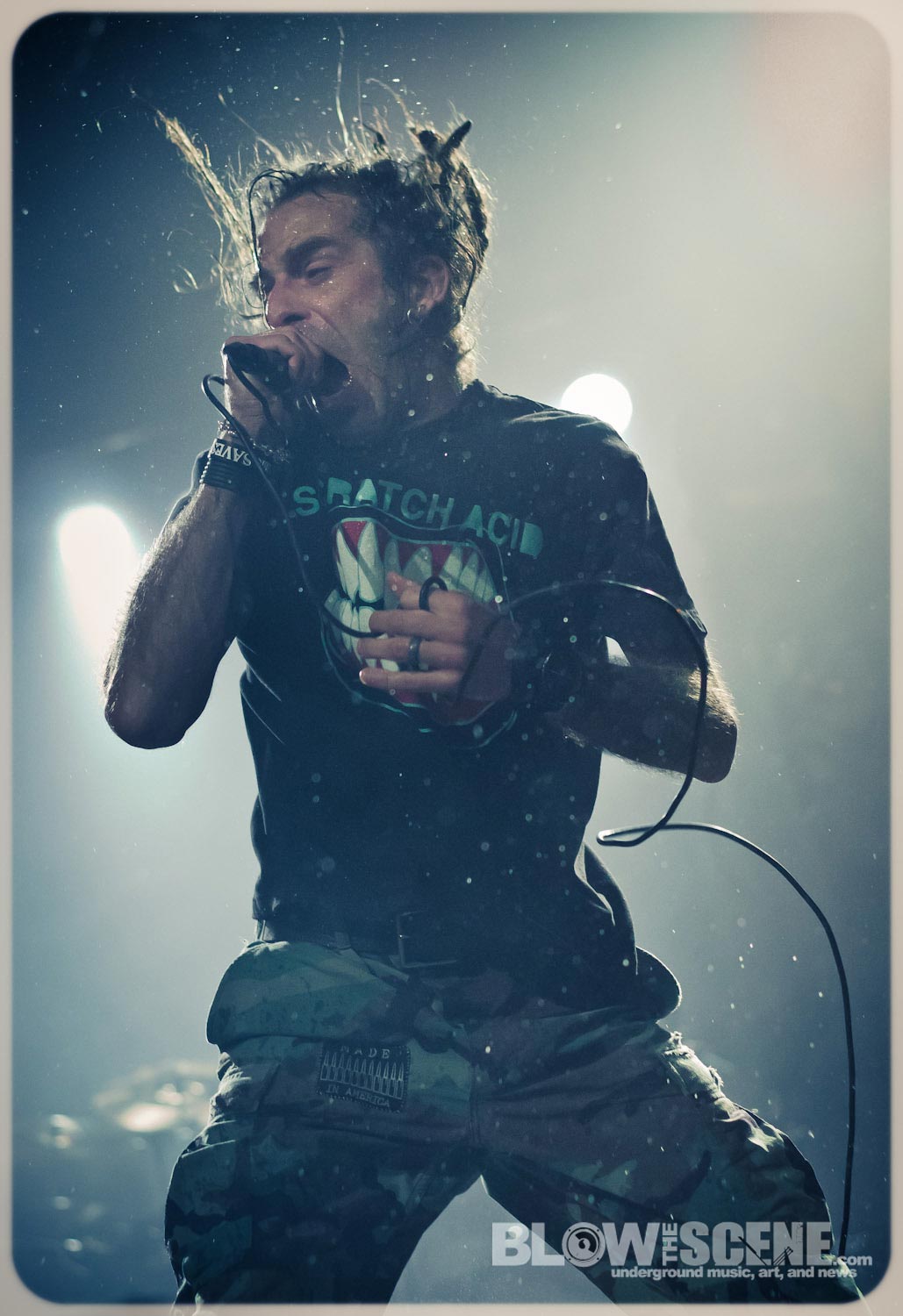 Lamb of God frontman Randy Blythe has given his first official interview since being jailed for more than two weeks on charges of manslaughter upon arriving in the Czech Republic.

Blythe was arrested on June 27th on suspicion of manslaughter after an incident on May 24th, 2010, when a fan who repeatedly came on stage was pushed off and eventually died. The band had returned to the Czech Republic on tour in support of their latest album, Resolution.

RollingStone.com has done a good job summing the case and subsequent arrest, which you can view here.

Through his lawyer, Blythe spoke to Blesk.cz.

We have Translated interview below:

INTERVIEW: American singer Randy Blythe metal (41), who sits for more than two weeks in Pankrác prison for allegedly killing a fan during a concert, he spoke! Through his lawyer Lightning gave an exclusive interview. Among other things, describe what, according to him the fateful concert took place.

What happened during the incident at the club during the concert Abaton Lamb of God in 2010?

Randy Blythe: “I do not know about any incident. Few remember, because I have a lot of concerts. Just remember that the club was a small stage, which barely fit and group facilities. Also, apparently there was a security guard because many people climbed onto the stage. I think that one small boy in particular, but I could be confused with other clubs. Since the concert I have glasses, I see very little more than outlines details. In any case, I did not attack anyone. Only could happen that I came into contact with the audience, when I defended unpredictable contacts. ”

How do you spend time in custody and what inmates?

Randy Blythe: “I read, I write letters to friends, family, can also write diary. With the other fellow, I think come out very well, even trying to learn a Mongolian English. I’m starting to write a book about Pankrác prison and write lyrics. ”

Do you have reservations about the work of the Czech police and justice in your case?

Randy Blythe: “As for the police, I believe that it is very professional and it follows the principles of good conduct. But in terms of justice, then frankly I do not understand because it is different than the U.S.. I thought that if the group folds on bail, I’ll be released. Definitely do not understand how my case may be qualifi ed as is, since our goal is to satisfy the audience that they liked the show and not be discouraged. ”

On Wednesday, you met your wife. Support your family and your fans?

Randy Blythe: “My meeting with my beautiful wife was beautiful and encouraging. I have received messages and support from family, my friends from the group, who all missing me, and I can not wait to see them all. ”

You have passed the bail, apparently soon get to freedom. What are your future plans?

Randy Blythe: “If I go back to the U.S., I have to mow the lawn, spend some time with family and plunge back into performing, so I can pay for legal services. Friends help earn money so that we can live decently. If I’d had to stay in the Czech Republic, I would look at the sights, especially in Prague. I find, wherever he went Kafka, and I will eat dumplings. “…