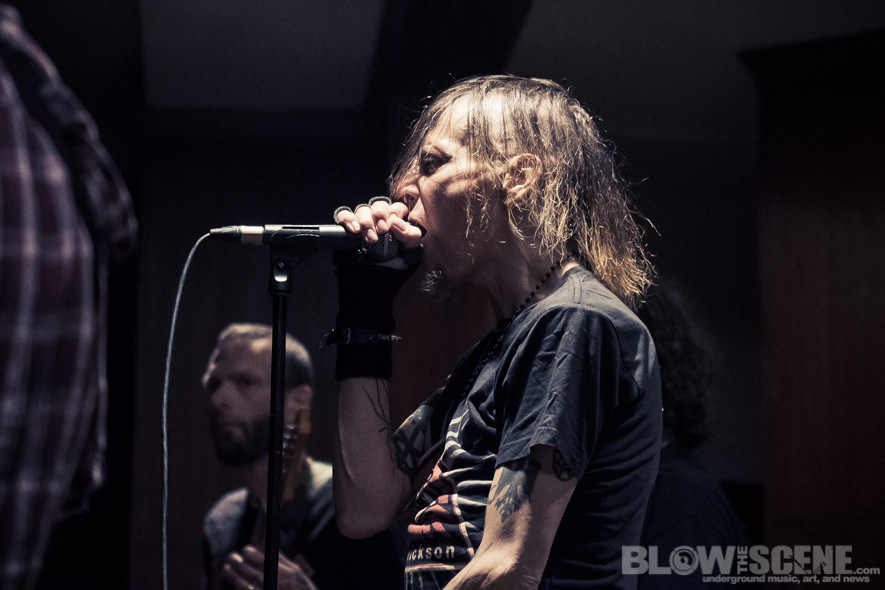 Eyehategod frontman Mike IX Williams made his triumphant return to the stage in April following a successful liver transplant this past December. Williams, who hadn’t performed live in over a year, made his stage debut on April 14th at this year’s Berserker Fest in Pontiac, Michigan alongside Off!, Negative Approach, Gwar, Weedeater, The Obsessed, and many more. From there, the band hit Philadelphia, Pennsylvania (where our photographer Date Torrieri caught up with band), and Brooklyn. Eyehategod continues to deafen the masses in support of their self-titled LP which dropped in 2014 via Housecore Records, breaking the band’s decade-and-a-half gap since their prior full-length and marking the most successful release of the band’s storied history. Having helped define the “NOLA sound” with their signature down-tuned, blues-inflected guitars awash in furious distortion, underpinning the tormented screams of Mike IX Williams over a thundering rhythm section, Eyehategod reemerged stronger and more determined than ever before. EyeHateGod personifies desperation and addiction in the various backwaters of forgotten America, punctuated by the “N’awlins” sound of rebellion and pollution resulting in triumph over adversity. The band will be celebrating their thirtieth anniversary next year. Stay tuned for special releases to be announced in the future. In the meantime, orders for EyeHateGod in North America can be placed via Housecore Records. Additionally, the official For The Sick Benefit poster and benefit T-shirt are still available for purchase at Indie Merch. Those wishing to donate to Mike IX directly as well as receive more updates can visit his YouCaring site.