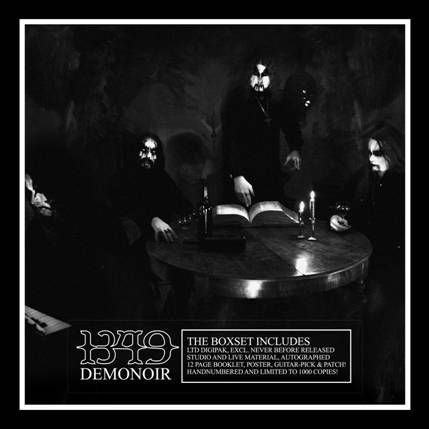 It contains 7 bonus tracks, including an unreleased track that did not appear on the expanded edition or the limited edition, 12 page booklet, poster, guitar pick, a patch and autographed photo card.

The box is hand numbered and limited to 1000 copies worldwide!

1349 toured North America for Demonoir alongside the likes of Cannibal Corpse and Skeletonwitch and co-headlined last fall with Triptykon. The band will tour Europe in October.