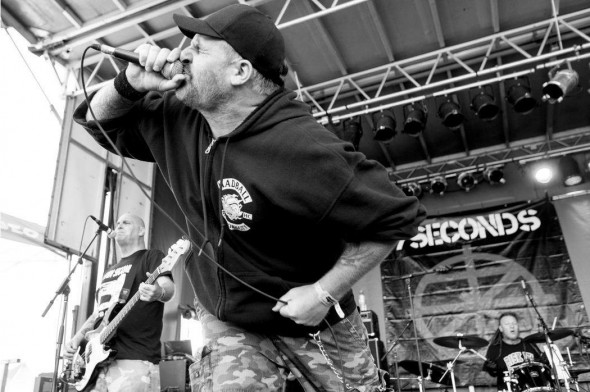 Seminal West Coast punk rock band, 7 Seconds released their first new song in over 8 years last week- “My Aim Is You” is an ode to the past and a toast to the future as it perfectly blends the band’s diverse sound and can be streamed below the fold. Having formed in 1980 and set forth a massive catalogue of releases and comps, 7 Seconds are still going strong in 2013.

7 Seconds will join scores of the best hardcore punk bands from around the world at This Is Hardcore Fest 2013, happening in Philadelphia August 8th though 11th.