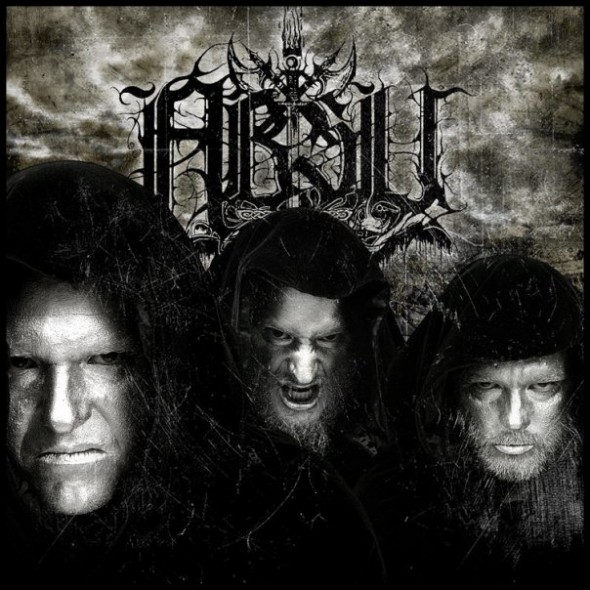 The first official full tour of the continent within the ongoing trilogy of albums- beginning with 2009’s Absu, continuing with 2011’s Abzu, and set to close out with the upcoming Apsu– the North American Connexus Conjuration will see the Absu trio infiltrating twenty-six cities over the next four weeks, with the infamous act prepared to discharge two full sets with hymns spanning their twenty-year recording career onto audiences every night of the brutal trek. The action begins tonight in Philadelphia, Pennsylvania, a meet-and-greet with the band scheduled to kick off the melee at Sit & Spin Records right in Blow The Scene‘s neighborhood. Tonight’s performance at The Millcreek Tavern will also feature Earache Records thrashers, Vektor, and the brutal riffings of Pissgrave.

BTS’s Dante Torrieri will be there to capture the madness this evening, so check back soon for the exclusive coverage.

On this substantial tour attack, Absu vocalist/drummer Proscriptor shares, “Since the release of our latest recording, Abzu, the response has been extremely vehement and now is the perfect moment to commemorate the album’s essence throughout North America. We purposely waited until the timing was ideal to embark on this journey, as we shall contaminate the communities with our craft of Mythological Occult Metal. We’re attempting to divide the concerts into two sections: the first act will showcase songs spanning from our entire discography, as the second act will focus on Phase Two from the album Tara: The Cythrául Klan’s Scrutiny. For the past couple of years, many of Absu’s followers have requested specified songs from this chapter of Tara, so it is our aspiration to give the people what they want.”

Abzu, the band’s seventh studio album, was released October 2010. The album was mixed by J.T. Longoria (King Diamond/Solitude Aeternus) and features original works by Polish artist Zbigniew Bielak (Watain, Behemoth, Destroyer 666, Vader). Proscriptor commented, “With this record, we are appending dirtier elements of psychedelia and fusion. Lyrically, it descends deeper into Enki’s lower world as well the Enochian Magic(k) System.” He added, “This album is not a ‘natural progression’ from previous releases, but a feat of metaphysical conquest and murkiness.”

Absu came to prominence with the release of their 1993 debut, Barathrum: V.I.T.R.I.O.L. Each album saw continual expansion of the band’s now highly regarded artistic vision and international fanbase. It was with 2001’s Tara that the band truly arrived. The album reached top lists of countless magazines worldwide. Years, however, would pass before any new material would be recorded. In late 2007, the band finally announced their re-awakening. Now teamed with London-based Candlelight Records, the band would take nearly sixteen months writing/recording their sixth album. Absu, featuring contributions from members of King Diamond, Mayhem, Melechesh, Firstborn and Enthroned, was released early 2009. Absu currently features guitarist Vis Crom and bassist/vocalist Ezezu with vocalist/drummer Proscriptor.