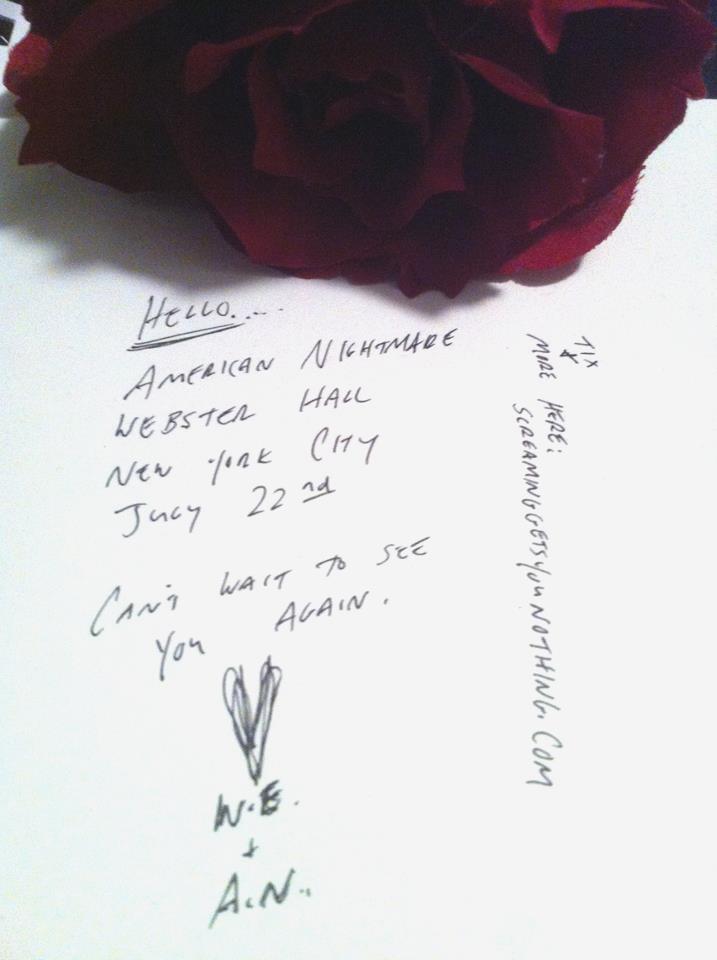 Details remain scarce, but there is no question- Influential Boston hardcore punk band, American Nightmare (Give Up The Ghost) are booked to play a reunion show at Webster Hall in New York City on July 22, 2012.

The band’s 2011 reunion shows are reported to have sold out in under a minute, so keep you eyes peeled on Screaminggetsyounothing.com for further details and ticket info.

From 1998 to 2004, American Nightmare (later named Give Up The Ghost) had scores of recorded works released on labels that included Equal Vision, Deathwish Inc, and Bridge Nine Records, to name just a few. Known for an unorthodox approach to songwriting and musical delivery, the band’s unique hardcore punk offerings have influenced countless bands to have follow in its wake.

*UPDATE – American Nightmare (Give Up The Ghost) have added a second date in NYC on July 20. Tickets on sale now.