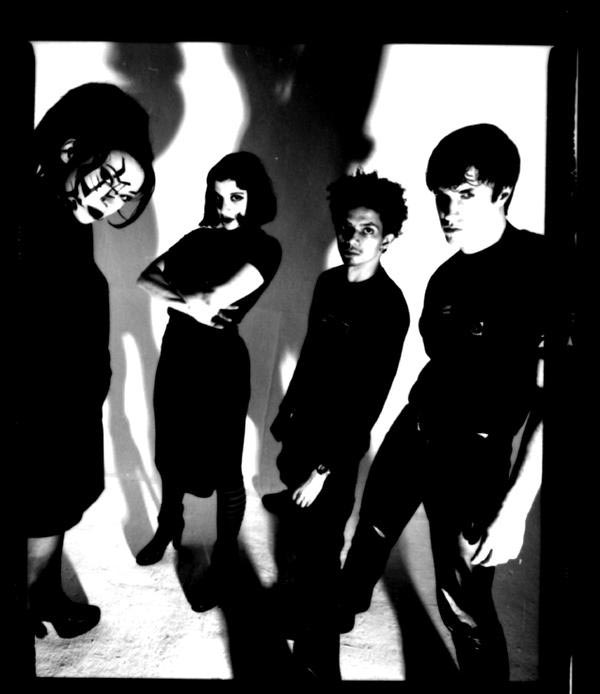 Atari Teenage Riot is pleased to release their latest video “Blood In My Eyes.” The song and it’s provocative video offer a stark look at the issue of human trafficking. The band’s latest single is drawn from the band’s new album Is This Hyperreal? out now via Dim Mak. Produced, mixed, recorded by Alec Empire, Nic Endo and new ATR member CX Kidtronik (Saul Williams / Nine Inch Nails), Is This Hyperreal? was recorded at the Hellish Vortex Studio in Berlin.

ATR had this to say about the video,

In the past decade we have witnessed how dangerous corruption can be for ordinary citizens, from Fukushima to the financial crisis, we could even include the current phone hacking scandals in the UK in this. The list goes on. Almost weekly more shocking news is being published. Corporate greed has too often put the lives of people in danger.

Historically, the Black Flag stood for not belonging to a certain Nation State (due to the fact that no national colors were used on it). For the us, it means also that no individual can look at him/herself as superior to others just because of his/her national identity.

The mainstream media often looks at “consumers” and labels them as “apathetic.” But as the protests around the world have indicated, there is more political activism than ever before. And not only that, we see the same activism and energy at our concerts.

Cynics always find many reasons for not doing anything and being miserable. Often they say that the world is too “complex” to get involved. We believe that even though the world is complex, there are some fundamentally powerful ideas. Respect for another human being, for example, is a fundamental idea that grants great power..

Blow The Scene will be in attendance for 9/18 Philly performance and we’ll have another stellar photo gallery and review for your viewing pleasure.